It’s your money, your taste buds, and your appetite that counts for how much you would spend on a five-course meal. But if its style and status that you give more preference then take a look at the World’s Most Expensive Five Course Meal. Let’s start with the most basic part of the meal, water.

Bling H20 – bottled in 750ml frosted bottles that are studded with sparkling Swarovski crystals, the bling water was originally created only for Hollywood celebs and hi-fi socialite circle. However now you too can gulp from it for $50.

Course 1- Appetizer – Almas Caviar – Food fetishists say that having this is even better then having sex! I kind of agree with them as Almas Caviar is honored as the World’s Most Expensive Caviar. Derived from a 100 plus year old Beluga Sturgeon from the Caspian Sea, the roe is white in color and the older the fish, the lighter the roe is. Estimated at $25,000 for 1 kg, it works out to about $700per ounce for these fish eggs.

Course 2 – Soup du Jour – Bird’s Nest Soup – Bird’s Nest Soup has been a Chinese delicacy for over 400 years and is considered to have medicinal properties. Brewed from the nest of a bird called the Swiftlet, (small, fast birds of Southeast Asia), it’s a bit yucky to know about the most basic ingredient. The birds build their nests in groups high on cave walls. And they make those nests from some saliva or spit. The spit comes out in long, thin strands from glands that are located under the tongue. The strands are woven to make a nest that sticks to the wall like glue. A kilogram of the “white” nest is easily worth $2,000, but the “red blood” nest which is supposed to be more curative can cost up to $10,000. Eeks cannot even think of shelling out about $378 for this spitty soup. 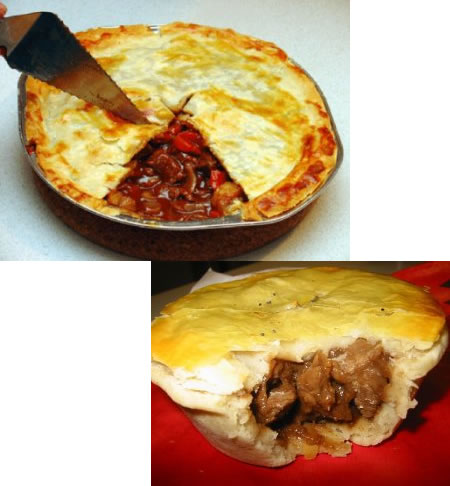 Course 3 – Le First Entrée – Fence Gate Inn Wagyu Meat Pie– The meat pie served at the Fencegate Inn near Lancashire, Britain, is an attempt to show us just how classy a pile of nondescript meat and mushrooms can be. The cost for the whole affair comes to $16,170, making your slice a mere $2,020.

Course 4: Le Second Entrée – Golden Tigerfish – Tigerfish is not particularly renowned for their flavor or texture, but consuming them becomes a hot ticket when they happen to be a rare golden-colored fish. Served with a complimentary side of Good Luck and Wealth, the whole fish is tagged at $75,000. So that comes up to $1652. 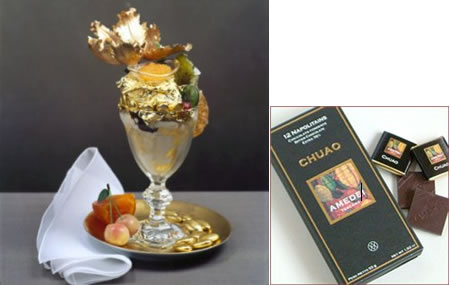 Course 5: Dessert – The Grand Opulence Sundae – Yummy last but not the least, The Grand Opulence Sundae pairs both Tahitian and Madagascarian vanilla in the ice cream. Creating a bombastic fusion of the world’s most pedestrian flavor, it covered in edible 23-carat gold leaf to be presented as the final showstopper. It is also drizzled with the world’s most expensive chocolate, Amedei Porceleana, and covered with chunks of rare Chuao chocolate. On top of that, it is further festooned with exotic candied fruits from Paris, gold dragnets, truffles and Marzipan cherries, and probably the Hope diamond. Finally, it is topped with a tiny glass bowl of fruit-infused Grand Passion Caviar. The caviar was a late addition because the rainbow sprinkles originally used kept the cost prohibitively low. The masterpiece is served in a baccarat Harcourt crystal goblet with an 18-carat gold spoon. Couldn’t restrict me from being brief about this part of the meal! For $1,000, it couldn’t have been better. 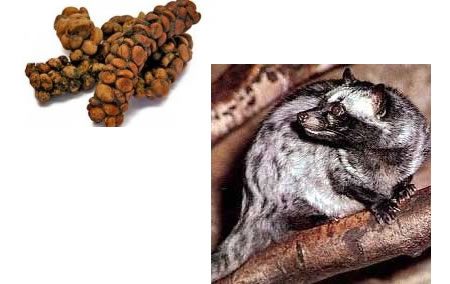 And just before you leave, Kopi Luwak Coffee for $50 is just a simple yet pricey cup of coffee!
So all this sums up to about $6,000! Can anybody digest that? My suggestion is that a digestive pill should also be served………..on house.
Source