The owner of a robot dog has announced a reward of $500 to the person who can identify the woman who kicked his beloved robotic pet. The owner named Mark Trueno shared a video of the unknown woman booting his robodog while it was strolling down a crowded street in Brisbane, Australia. The four-legged robot named Stampy was reportedly in the middle of building a 3D map of the street by gathering some GPS and visual data, for obstacle avoidance. While the lady’s behavior was downright rude and unacceptable, she apparently kicked the robodog “square in the front sensors” hard enough to cause some serious damage. According to the owner, the robodog’s forward-facing cameras and distance-measuring sensors took a serious hit.


The woman, dressed in white and wearing heavy boots, can be seen in an inebriated state in the video and seems to kick Stampy just for fun. A man, apparently the stranger’s friend, immediately confronts the lady for her actions and gets down to pat the robodog. “Her friend in the video was very apologetic for her behaviour and I was willing to let it slide before after analysing the damage,” Trueno said. The video quickly went viral on Facebook where it was shared by the owner, with many people showing sympathy for Stampy. The video sparked a social media debate on the use of such robots as pets in public and the attitude of people toward such expensive toys. It’s not apparent from the video if the robot dog was strolling down the street unassisted when the incident happened.


The owner claims that he wants to find the woman so that she can help pay for the damage. However, he has not given an estimate of how much money will be required to repair Stampy, neither has he revealed how much did he pay to buy the robodog. As can be seen in the pictures, Stampy is a Unitree Go1 robot dog which is touted as a more affordable but quite capable alternative to Boston Dynamics’ famous robot dog named Spot. The Unitree Go1 has a starting price of $3500 but the actual price can easily go beyond $10,000 depending on the added equipment and features. This incident also highlights the issues awaited by fully-autonomous delivery robots. It’s not going to be easy. 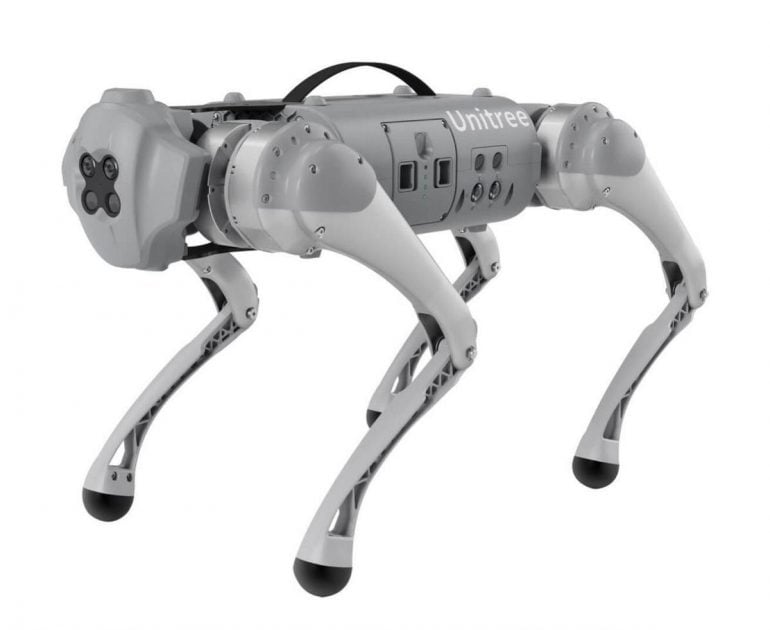