Popular YouTube vlogger David Dobrik is known for being the leader of the popular YouTube ensemble The Vlog Squad, the channel that was the fifth-most viewed creator channel on YouTube in 2019, with 2.4 billion views. He also makes his money by judging a musical competition on Nickelodeon, launched his own mobile camera app called David’s Disposable which lets users create retro-looking photos of their own and has also made an appearance on The Tonight Show with Jimmy Fallon as his late-night television debut. It’s no secret he is living the good life and now even more so, as, like a true star, David Dobrik is living large in a new $9.5 million mansion nestled in the hills of Sherman Oaks, California. With time and hard work, he is now enjoying his success by moving on a gorgeous 7,800 square feet LA property overlooking Tinsel town’s doorstep. Dobrik has been house-hunting since last year, frequently posting videos of his luxury house tours on Instagram. Let’s take a look inside the 24-year-old’s $9.5 million mansion and its marvelous interiors: 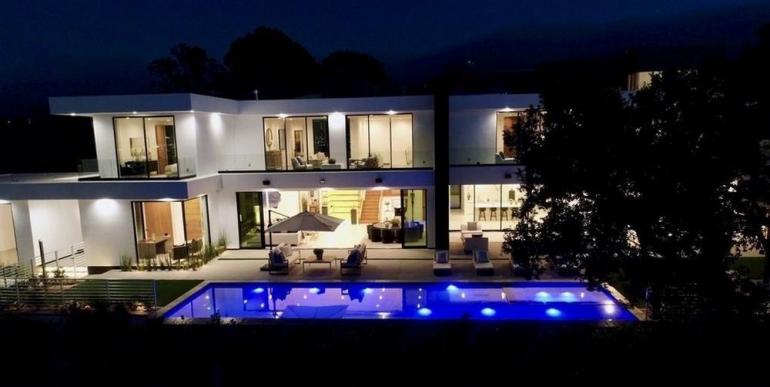 Dobrik’s new property is a dream home with ample space and light in the form of six sprawling bedrooms and seven bathrooms on a whopping 7,800 square feet of land. 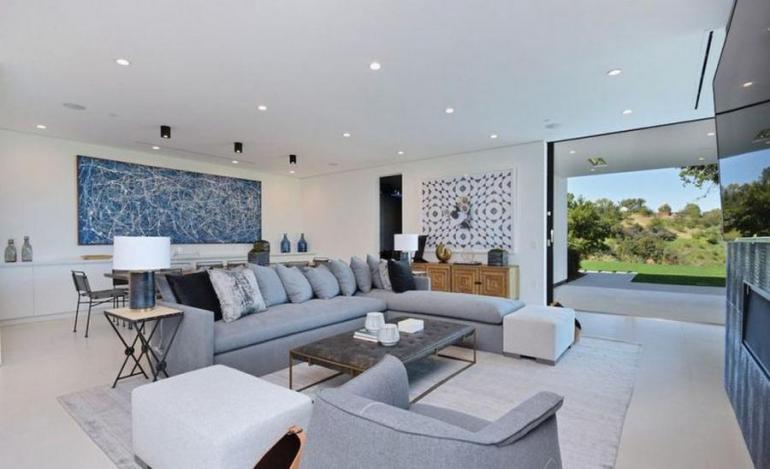 Fleetwood walls of glass and lustrous terrazzo floors, an L-shape couch, and ottomans to provide unmatched comfort make for a grand living space. 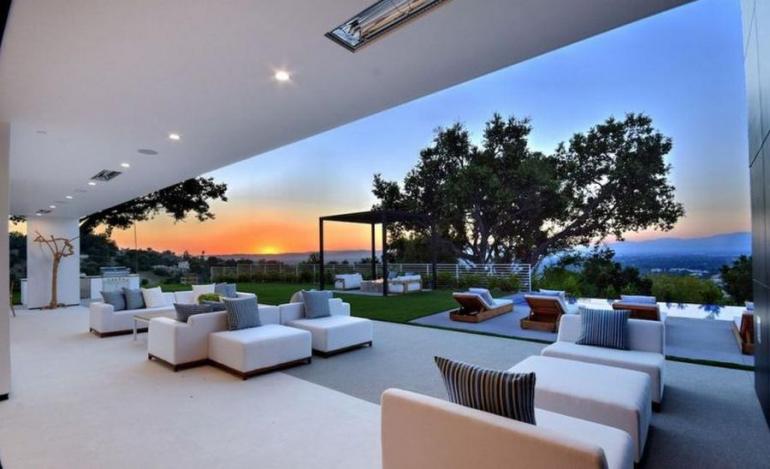 With wall to ceiling sliding doors, indoors and outdoors seamlessly blend together. As seen here, the wide-open spaces have entire walls replaced with windows for an accessible view to the city below. 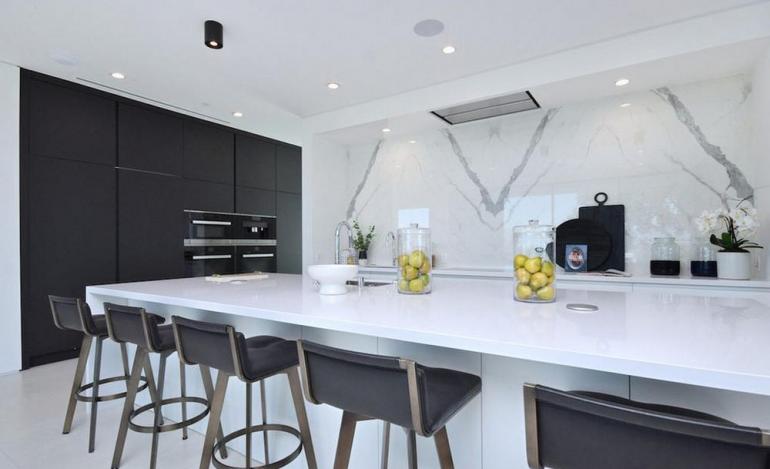 The kitchen is very state-of-the-art equipped with Miele appliances, accented with marble countertops. Love the minimalist design that lends it an uncluttered and pristine look. 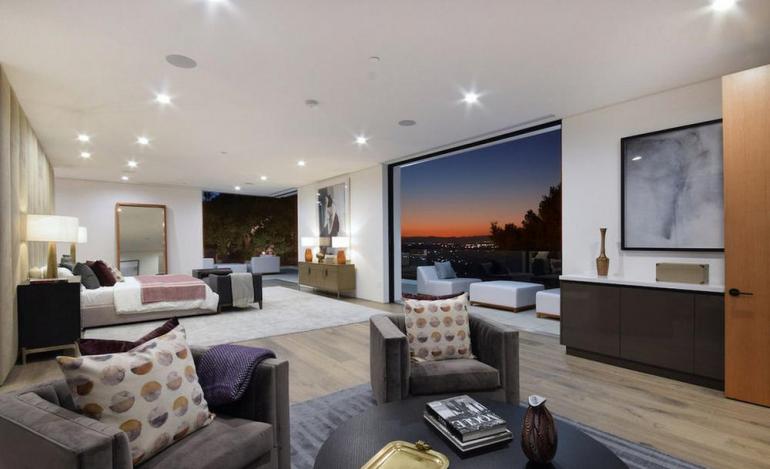 The massive master bedroom also gets Dobrik the best sunset views of the city with ceiling to floor windows. The interiors are modern, elegant, and offer a lot of openness. 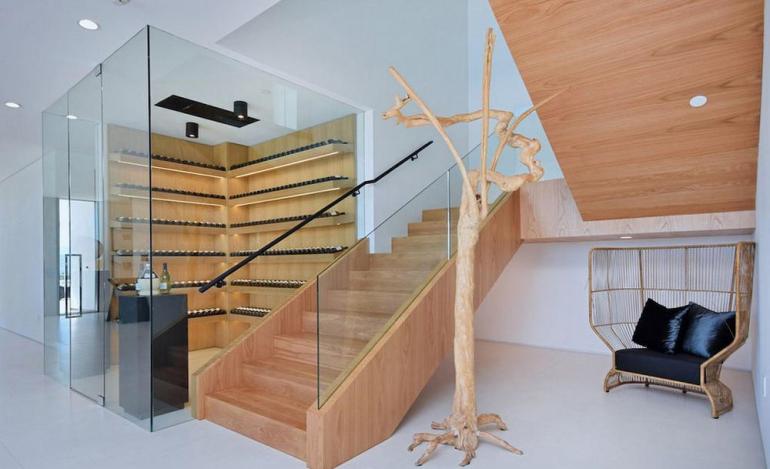 The mansion is equipped with a walk-in wine closet. This temperature-controlled room can house as many as 200 bottles of wine. 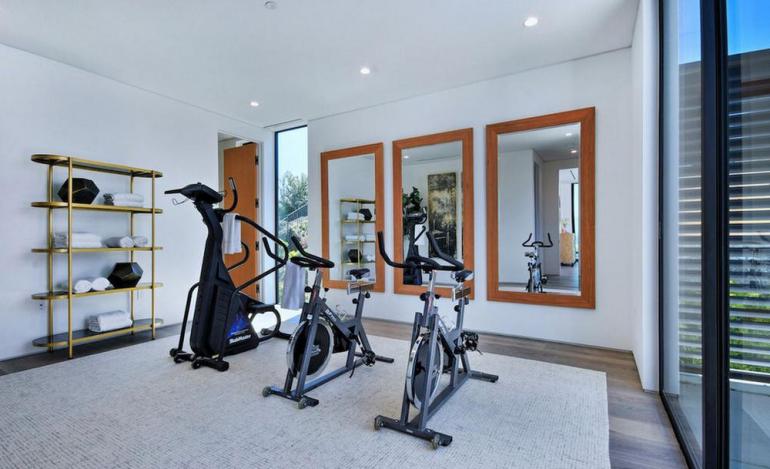 Fitness comes first even if you’re not a fitness blogger. David Dobrik’s house has a fully equipped home gym that will take care of the fitness routines which will soon be shared on his channels hopefully. 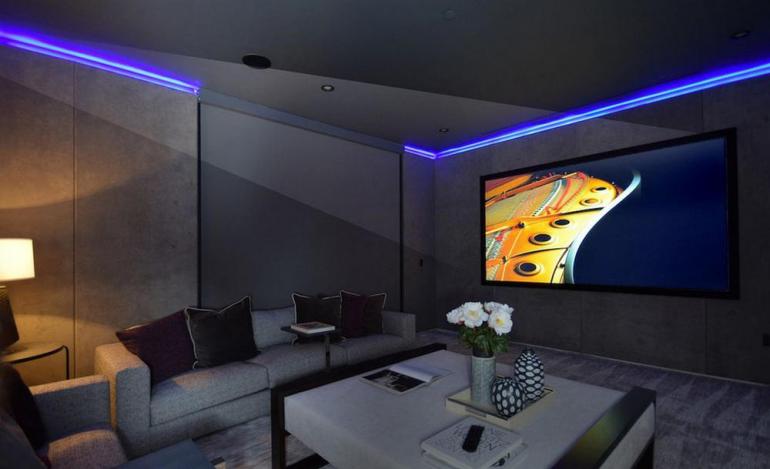 Fans will be wowed by this section of Dobrik’s mansion- the movie theatre! Would be fun to screen his own YouTube channel and shows here too. 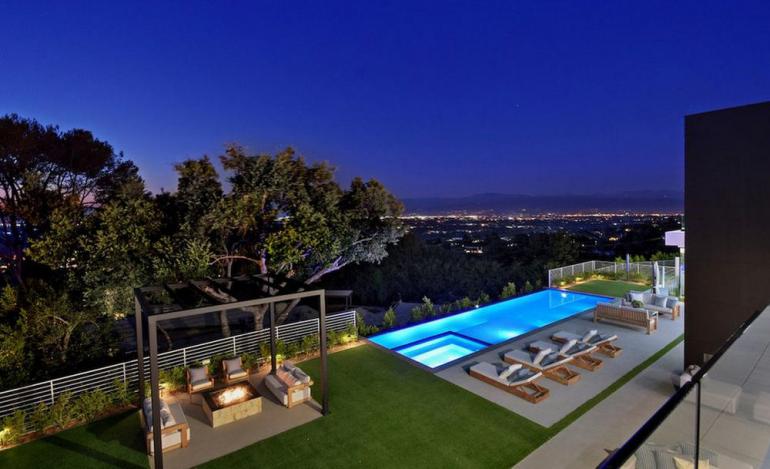 The outdoors are just as stunning as the luxe interior. It is masterfully divided into several areas like a lounge area centered around a fire pit, pool with its inset spa, a quaint loveseat on a swing, and a lush, grassy patch of lawn.

Tags from the story
California, Mansion