Egypt’s housing minister has recently revealed plans to build a gigantic pyramid shaped skyscraper in Cairo in the Sheikh Zayed district. Calling it the Zayed Crystal Spark, the project includes government, commercial and entertainment spaces around this structure. 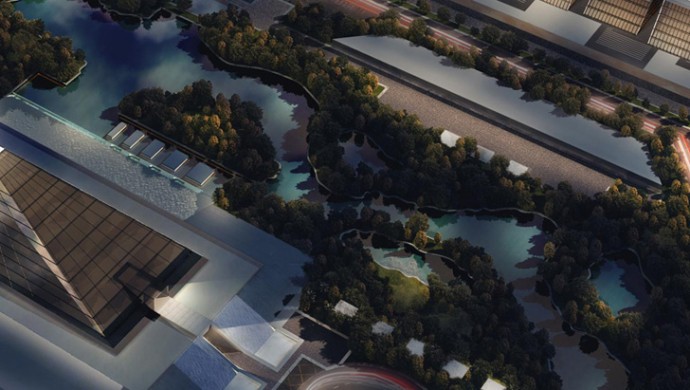 The 650 foot (200mts) high pyramid like structure will be the country’s tallest building once completed. This ambitious project will be constructed over an area of 8.5 million square feet located on the main road, a short distance away from the ancient, historical pyramids of Giza. 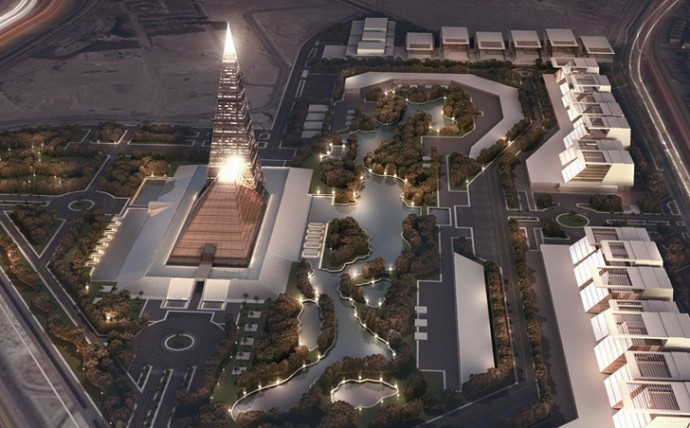 The details of this project will be formally declared by the government at an economic summit this month. The architect attached to this project is not yet announced but the interlocking pyramid design seems to be a cross between the Washington Monument and the Luxor hotel in Las Vegas.

Tags from the story
Egypt, Skyscraper