Have you ever wondered what our future cities will look like? There are no doubts that we are heading towards a world where due to over-urbanization, the availability of land for creating new infrastructure projects will be under huge pressure; especially in countries like China and India where population is a huge problem. Architecture firm AT Design Office plans to combat this issue by creating a network of self-sustaining cities that float on water. Commissioned by the China Communications Construction Company (CCCC), the innovative floating city was conceived as a possible eco-friendly city expansion alternative to continuing on land. The current cities we live in have a huge impact on the environment and the he floating city was created as an attempt to minimize our carbon footprint for a sustainable future. 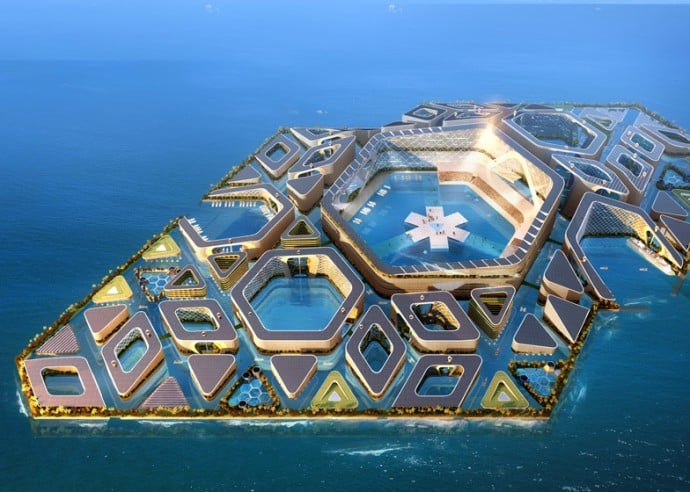 Developed as a concept for an ocean metropolis, the plan comprises of a four square-mile floating island that could support a whole city offshore. It would be made from prefabricated hexagonal modules and the Floating City would be self-sustaining and provide a comfortable ecosystem to its inhabitants. It is modeled after a current project that CCCC is working on and they are in the process of building a bridge that will link Macau, Hong Kong, and Zhuhai. AT Design Office will use pre-existing technology and elements of the bridge construction plan in their Floating City. It will have an above ground layer and an underwater layer and in the plans, there are two designated areas for greenery and gardens, plus a network of walkways and tunnels that will allow people to traverse the city. Instead of gasoline powered cars, the city will only have electric cars to reduce the carbon footprint. Have a look at the design renderings to get a better idea of the whole project, it looks stunning! 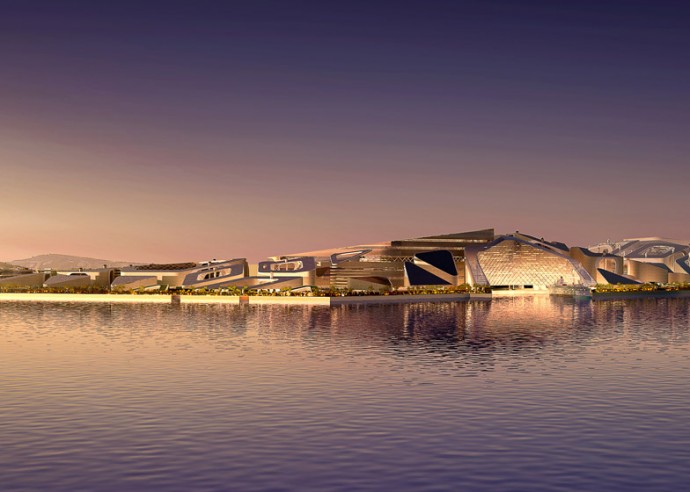 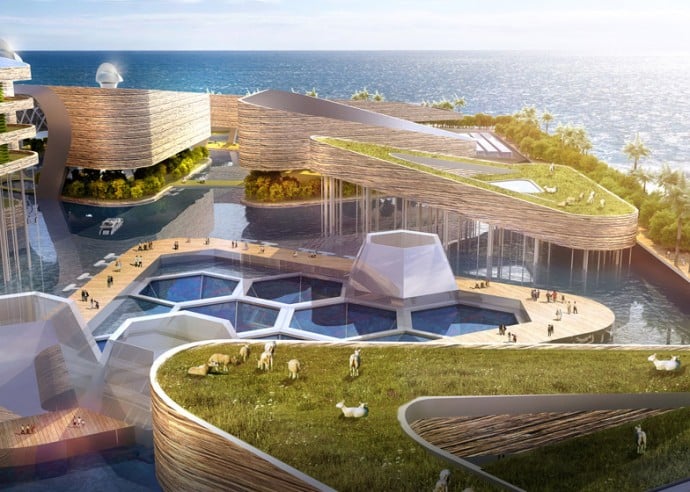 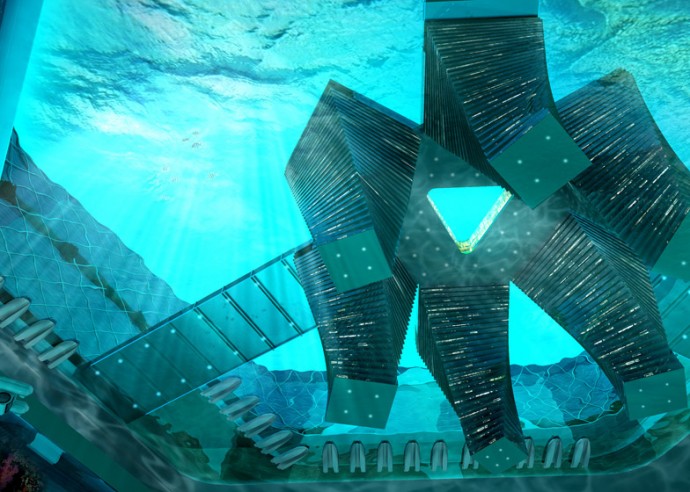 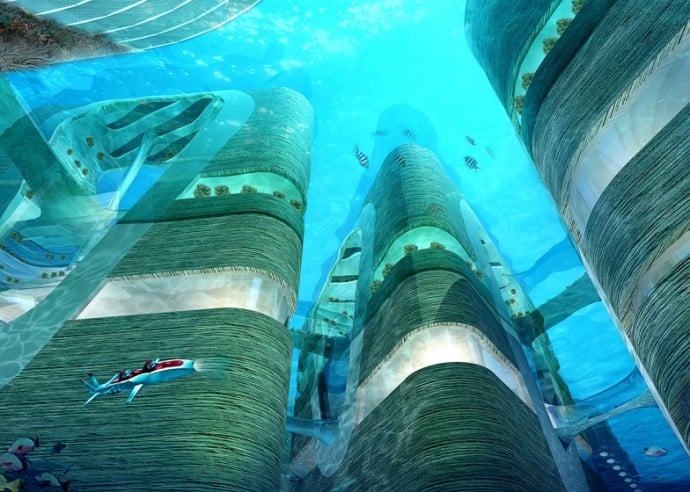 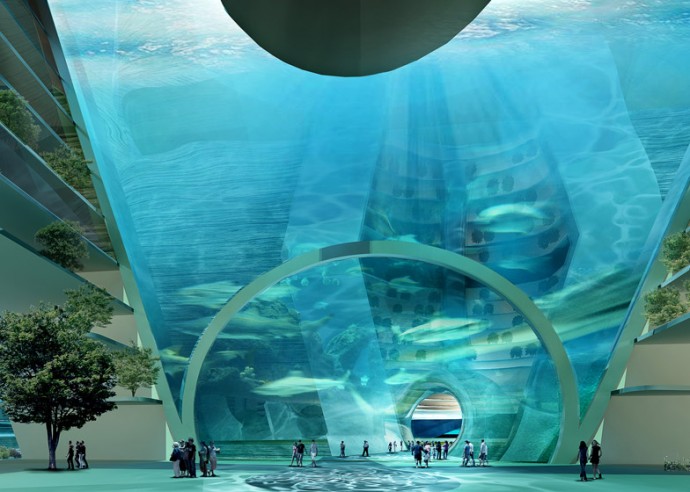 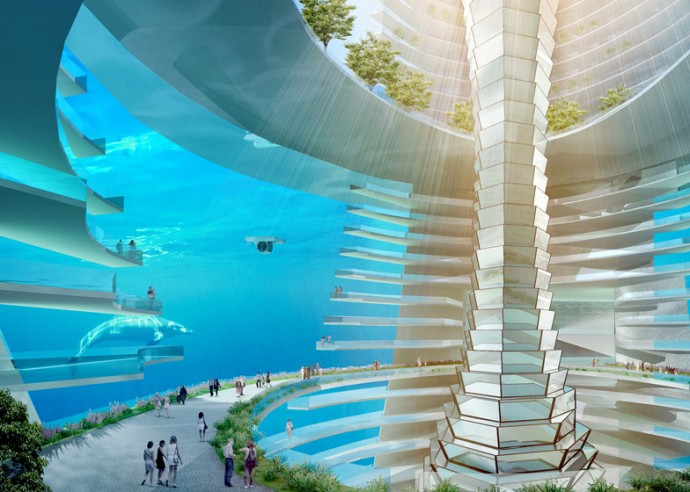 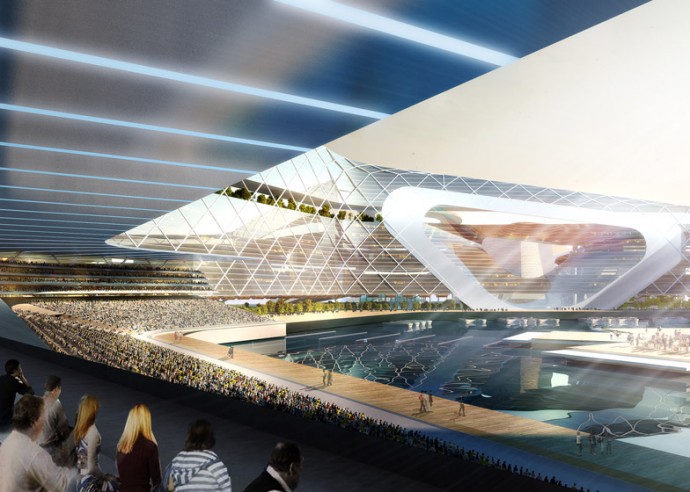 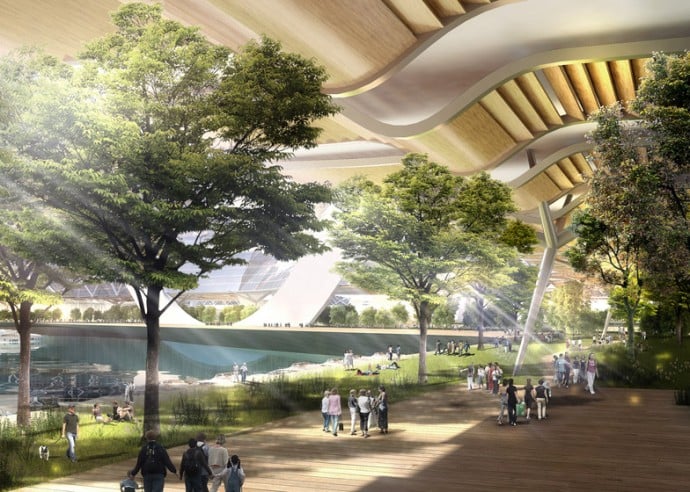