As if Dubai’s Burj Al-Arab, Palm Jumeirah, Burj Al Arab, solar-powered fully rotating tower, sail-shaped hotels, and climate-controlled beaches were not enough to allure the rich and the famous! Living in the world of iPods, its isn’t more ludicrous to know that some developer of Dubai is now planning to expect people actually live in an iPod inspired residential tower. Dubai-based real estate developer Omniyat Properties is planning a mega project for 2007 worth 3 billion Dirhams ($ 800 million). The project will be started with a 23 story residential tower inspired by none other than the Apple iPod. The tower will be known as the iPad, and it will sit atop a docking station angled at six degrees to give the exact look. More pics after the jump…. 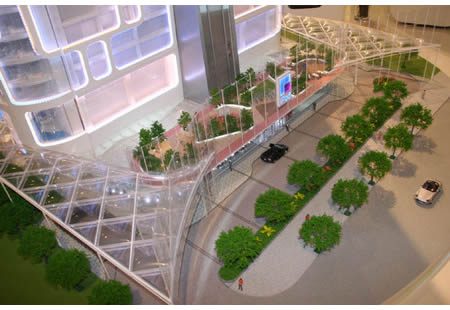 The iPad will be ready by 2009 however by then we will have the 5th generation Nano and 9th gen iPod video. The iPad is designed by Hong Kong-based architects James Law Cybertecture International. Nice job! 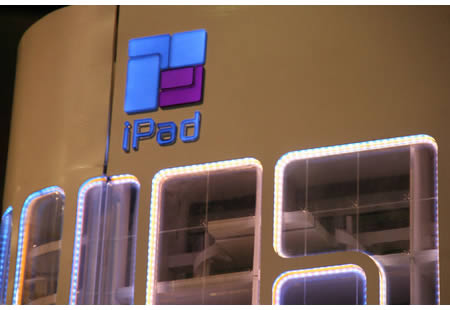