What is 984.25 feet tall, in the heart of Mexico City and will be the talk of the town by 2010? Its Latin America’s tallest tower called Torre Bicentenario. Group Danhos has commissioned the Office for Metropolitan Architecture (OMA) to design this gigantic structure which will house 160,000 sq. ft of office space, a convention centre, site museum, gym, as well as retail and restaurants. I know it won’t be seen anywhere in Mexico before 2010 but since we are the pre-planned sorts, I thought we could detail you a little more on its location incase you plan to visit. The 300 meter tall building will be located at the intersection of Reforma and Anillo Perife Rico, in the northeast corner of Mexico City’s Chapultepec Park, home to the Presidential residence.
More tall images after the jump…… 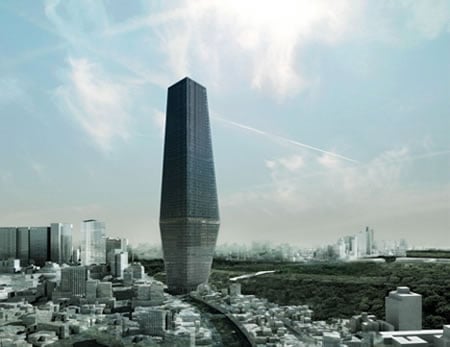 What appeals most to me is not the fact that it pops up right in the middle of the city with dwarf like buildings surrounding it but the unusual structure that makes it more overpowering and intimidating and also makes it stand tall (pun intended) in the same lineage as the Sears tower and the Burj Dubai though it is still very small in front of them. But I don’t think Mexico is complaining! 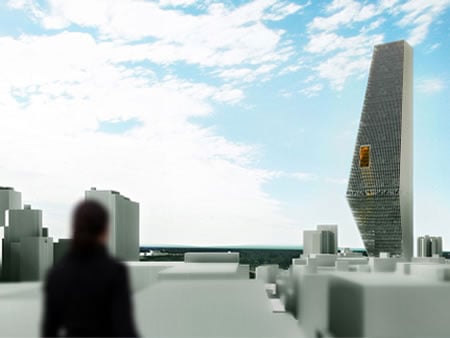