For 130 years, La Reserve de Beaulieu has been the privilege of the who’s who of the world. The hotel that started off as a glamorous sea food restaurant, then the adresse incontournable of the international elite, expanded to be what is now amongst the most exclusive hotels on the French Riviera. From the outside it looks like a private luxury home whose entrance is lined with flashy cars. The peaches and cream interiors exude intimacy and warmth. Valuable tapestries and objets d’art steal one’s gaze, whilst the forsaken Mediterranean, visible from all parts of the boutique property, broods in the backdrop. This lieu de magie ever enraptures with its unique brand of luxury, an integral part of which is the service. Staff manage to delightfully combine the attentions one would lavish on royalty with the familiarity of an old friend, which ensures that guests keep coming back.

Location: Just 10 minutes out of Monte Carlo, La Réserve de Beaulieu or La Réserve, as it’s popularly called, is one of the most sought-after hotels during the Grand Prix and during the entire summer. It mightn’t be the party spot, (although the bar gets gregarious by night). However, the exclusive retreat’s discreet and distinguished air is just right for Jack Nicholson, Liam Nilsson, Alex Ferguson and celebs who come for privacy and not to be seen.


Accommodation: La Réserve is where Mistanguette the most chi chi French starlet of the 50s “lived.” In her honour the glorious Villa Mistanguette was added not long ago. I am fetched by the owner’s son David Delion and accompanied to the freestanding standing duplex structure, equipped with all the trappings of luxury that costs a whopping €30,000 (at least) per night! Haply, those are celebrity prices in peak season and off-peak the villa can be an affordable and eminently worthy €3000. For the price you have an immense living room on the ground floor with a bedroom as large sprawled over the first floor.  The boudoir, with a bed the size of a small country, comprises a separate walk-in wardrobe, bathroom and hammam. Wake up to a marvellous terrace including Jacuzzi overlooking the brilliant blue waters of the Mediterranean. No less ravishing are the main hotel’s recently refurbed and eminently charming new suites which fuse an antiquated air with modern amenities. Especially exquisite are the made-to-look-antique light wooden wardrobes adorned with delicate designs which lends a quaint aur. For VIP guests, the suites come with Hermès products- perfume, toiletries et al. But those personally gifted me by David Delion were purloined by the lady who did the turn-down service on my last night so you’d do well to lock your bags, even in Monte-Carlo! 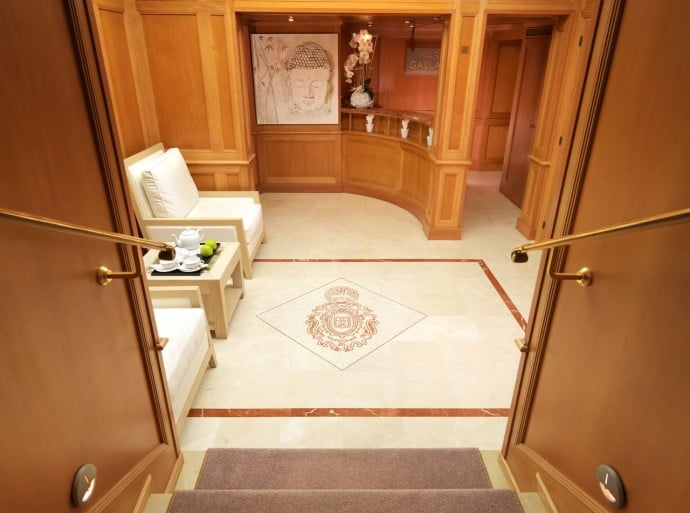 Spa: You might, however, spot them luxuriating at the Riviera’s best spa. This doesn’t look like the most obviously glamorous spa at first sight. But the ultra professional, personalised treatments leave little doubt that it will leave you looking glamorous as exemplified by the beautiful and ever youthful Mme Delion, the owner’s wife. Book your spa appointment with Audrey who does fabulous facials using classic French Maria Galland products. She also does “real” massages. So if you find infuriatingly irritating the ultra light massages for Barbie dolls generally practiced on the Riviera, La Réserve is the only place for tension-relieving pressure point massages. 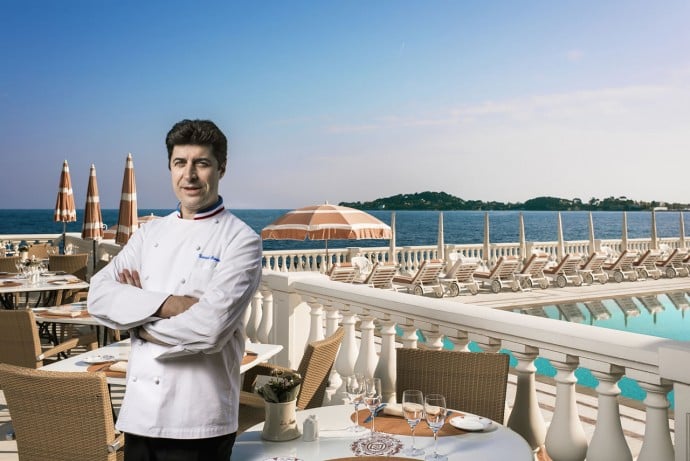 F&B: Of course, if you had a Barbie doll figure when you checked in to the hotel, you might not be able to get through the doors by the time you check out. La Réserve harbours one of the most sumptuous and celebrated two-Michelin-starred gastronomic restaurants which is also the most resolutely romantic on the Riviera. The dining area comprises three individually decorated, sensually lit salons with views over the sea and garden terraces. A tableau dating from the time the establishment first opened takes pride of place in the lavish principal dining room embellished with Venetian glass chandeliers and opulent upholstery recapturing the flavour of a bygone era. Chef Yannick’s preparations are presented with flourish worthy of the magnificent setting. The ethereal textures of the cuisine will transport you whilst the larger-than-life sommelier who looks like he walked out of a royal court keeps you entertained with a fantastic wine list and amusing uttarences. Having worked at some of Paris’s most famous hotels, the sommelier moved to the Riviera but 15 years ago. Ask him why he abandoned the fashion capital, he quips that parking is lot less of a hassle on the Riviera than in Paris! When coffee arrives with an extraordinary trolley exploding with all sorts of irresistible mignardises at some unearthly hour, you won’t realise that you’ve spent 4 hours at the restaurant but the service is ever so discreet that nobody reminds you that they have homes to return to… And yet, they are back the next morning to serve you the best breakfasts ever. Enjoy heavenly home-made vienoiserie, croissants, pain au chocolat, brioche and fresh bread on a terrace overlooking the pool and the Grand Bleu beyond. Mmm… 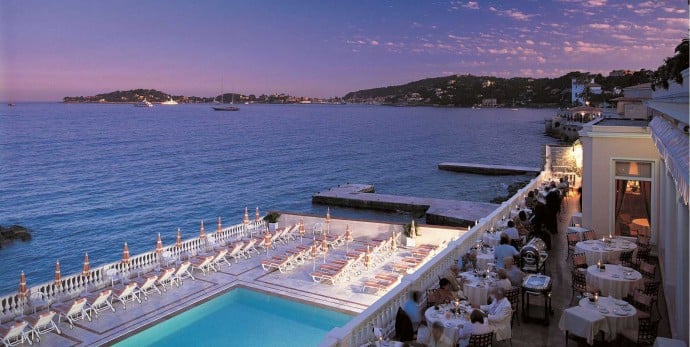 Verdict: This is a fantasy getaway for those for whom price isn’t a consideration. The inimitable charm and hospitality of the Delion family is priceless and you’ll come away having made lifelong friends. Thoroughly enjoyed the stay (notwithstanding the episode of the hijacked Hermès).