At First Glance
Named after the waters of Ho Tay, or West Lake, the hotel is set a deliberate distance from the Old Quarter and right on the edge of the water so you get that getaway feeling. The word “sprawling” comes to mind of the place. 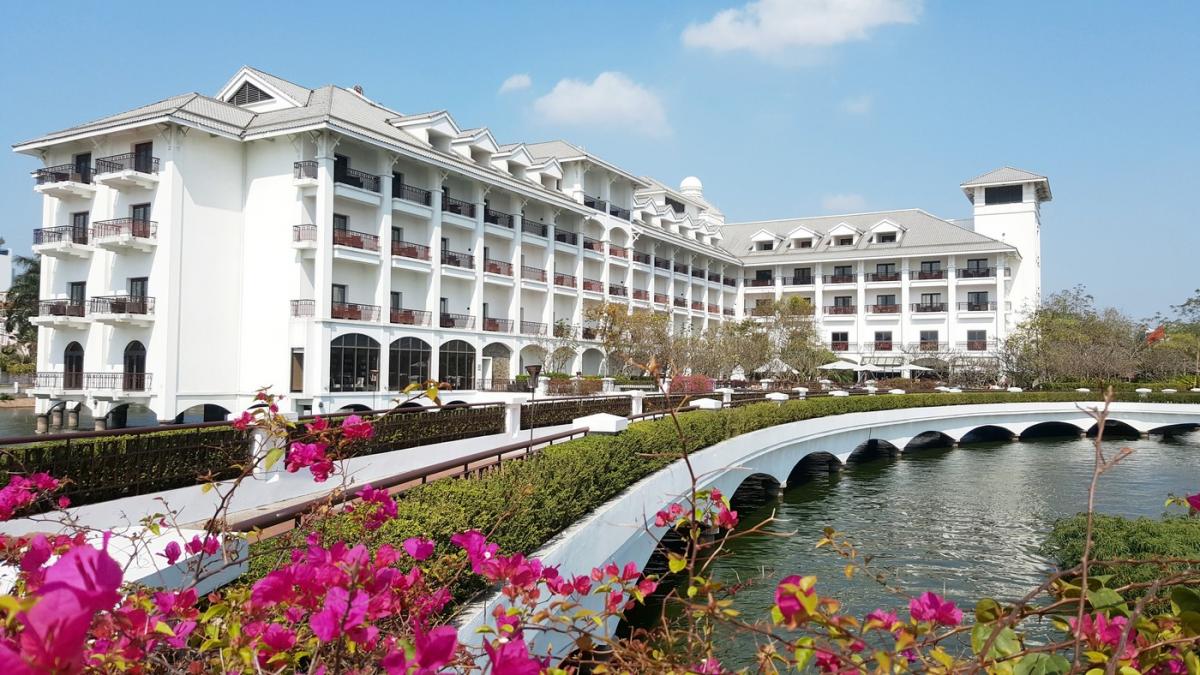 Opened in 2007, the architecture, interiors and furnishings of the classic property reflect those of that decade. In other words, it could use a vast renovation and fresh touches of paint. 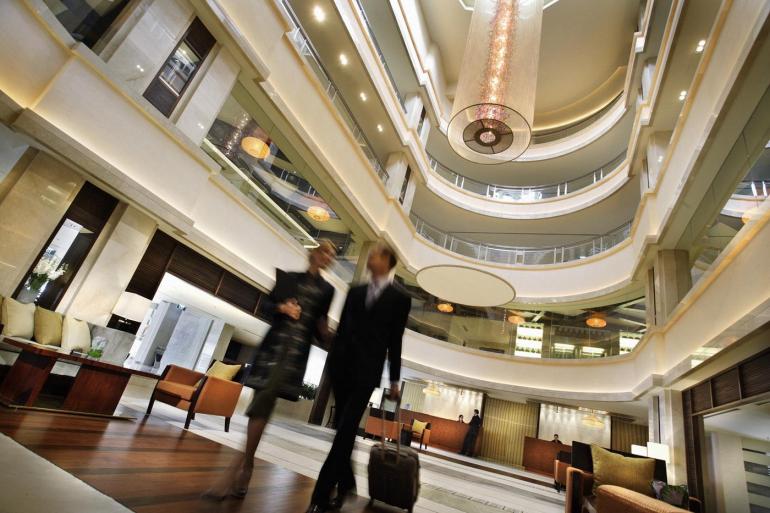 The Story
InterContinental Hanoi Westlake was the first property of the InterContinental Hotels Group in Vietnam. Though Hanoi is dense with lakes, the resort is only one of two hotels that are built on the water. The resort was designed to resemble an open lotus flower with the main building — where the lobby and most of the F&B outlets are located in — serving as the pod, and three over-the-water pavilions acting as the petals.

The Abode
There are 318 guestrooms and suites, all of which feature private balconies with panoramic views of the lake or city skyline. The rooms are also some of the most spacious in Hanoi.

Upon check-in, I was upgraded to an Over-water Pavilion room. Only 157 rooms are situated in the two-storey square-shaped pavilions. Interiorly, cream walls and dark timber furniture blend with Vietnamese-inspired bamboo lampshades and window shutters. The marble bathrooms are very spacious with double vanities, a bathtub and walk-in rain shower.

However, all of it could use a sprucing up as dusty corners in the cupboards and worn fittings were a downer. The air was constantly musty and my room looked and felt like it was furnished in the noughties, as it were. 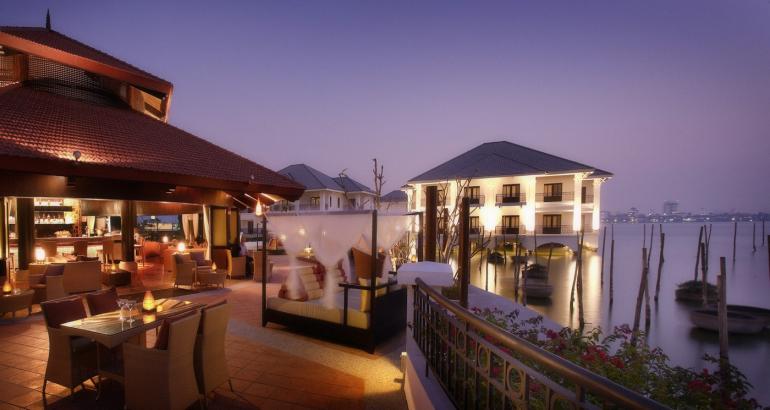 Food and Drinks
There are six outlets, including Café Du Lac where breakfast is, and Sunset Bar where cocktails and canapés were served. Room service was efficient, and when I was asked about my carbonara pasta lunch on the first day, the In-room Dining team sent someone to pick up my tray and deliver complimentary desserts as an apology after I’d said that my pasta was too creamy.

Breakfast was standard fare with a mix of local, Korean (there were many Korean guests) and American breakfast stations. One thing worth mentioning was an entrance table filled with an assortment of honey, complete with hundreds of bees buzzing around slabs of honeycomb in a plastic container box. 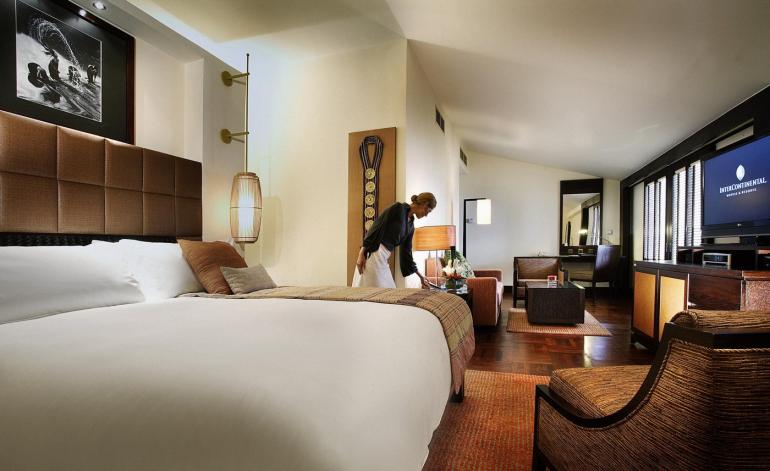 The Hospitality
Apart from the front office staff, everyone else couldn’t speak or understand English well. But service was efficient and keen, so it was clear that management knew what they were doing. Buggy service is available throughout the compound and arrives promptly after you call for one, although it’s not necessary because everything is just a few minutes walk away.

The concierge was helpful in suggesting sightseeing spots and activities for us to do. However, when we purchased tickets for a water puppet show at the venue itself, we found out that the hotel’s ticket prices were quite a fair bit more.

Fellow Guests
A mix of families, couples and business travellers.

Location, Location
The hotel is a 40-minute car ride away from the international airport and just 10 minutes from the Old Quarter, where most of the sightseeing is located. Before hopping into any car, it’s good to know that cab drivers typically eschew using their meters, so be sure to negotiate a rate before getting in. Even then, the rates quoted were three to four times more than if you ordered a private hire car-hailing service like Grab; which is big in Hanoi and what we ended up using most.

For Your Consideration
The Club InterContinental amenities were not accessible to me even though I was invited to stay at the hotel, and the F&B options were just alright. I spotted two lizards in my room on two separate occasions and my sister found a half-dead cockroach in her bathroom. The walls are also paper thin so be prepared to hear doors slamming and movement outside at all hours of the day and night. 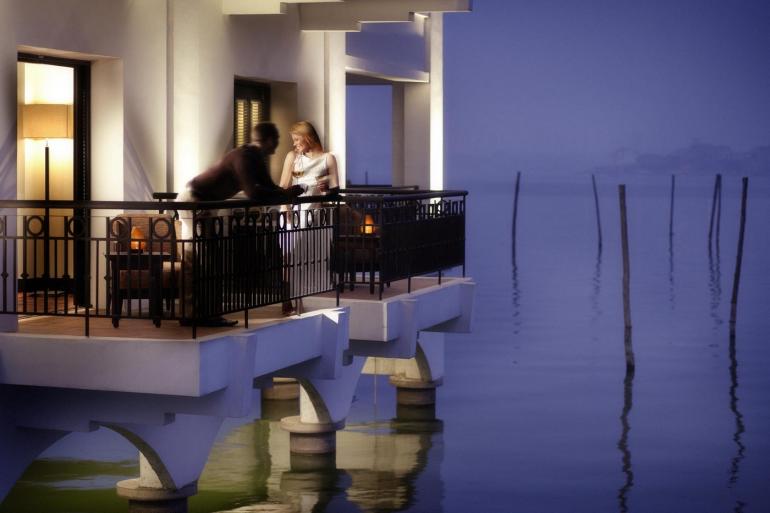 The Noteworthy
The pho breakfast station deserves special mention as the best pho we had on our entire trip. The broth, in particular, was delicious.

On a separate note, I’d misplaced my phone in a Grab car one night when we returned to the hotel after dinner. Fortunately, we were able to track down the driver with the quick help of the hotel receptionist who acted as translator, and my phone was back in my hands just one hour after I’d lost it. 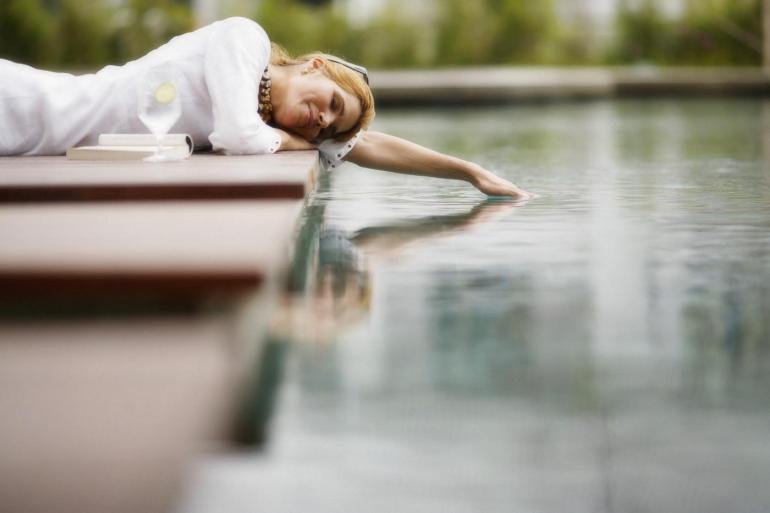 While we didn’t make use of the pool because the weather wasn’t ideal and we spent most of our time sightseeing, its jade green marble floors were inviting and nothing like I’d ever seen before. 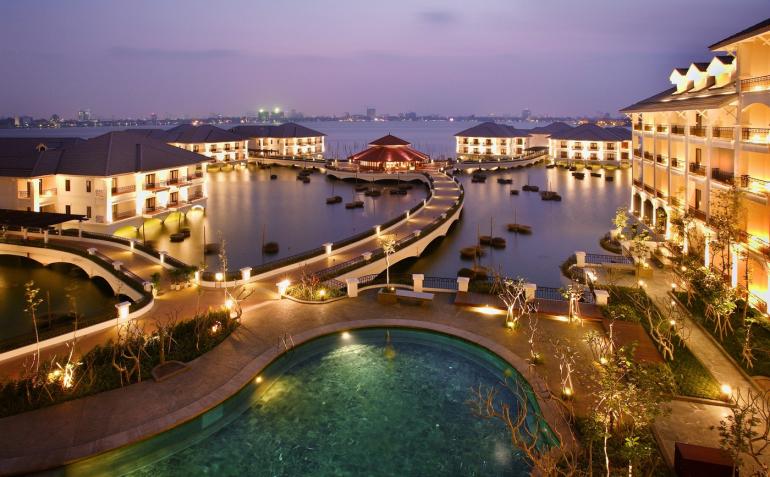 The Summary
If you’re in town for a long weekend or short business trip, the InterContinental Hanoi Westlake is a practical choice. I’d expected the property to be fairly luxe based off the price point and photos I’d seen online beforehand, but my expectations fell short. If you want to stay somewhere more central, opt for the hotel’s sister property, InterContinental Hanoi Landmark72. It so happens to be the tallest luxury hotel in Hanoi and opened in 2017.