Soneva is love. Love in the way it caresses and nurtures its surroundings. Love in the way it tenderly wraps each of its guests in a blanket of comfort and delicate pampering. Love in the very fact that its very name is inspired by its makers, the fabulous Sonu Shivdasani and his wife Eva. And it’s this love that magnetically attracts luxury travelers from across the globe to this little island in the Maldives. Since 1995, Soneva Fushi has set the gold standard for luxe beach resort hospitality, unwavering in their quality and style. Thankfully.


My luxury hotel escapades have always left me with a few checkboxes ticked off but I was told that the Soneva experience is one that will probably make it to a damp diary rather than a website. And that’s what I used to record my experiences. Right from Male airport, where the Soneva Lounge played host to my weary soul. It’s here where you must wait (thankfully, again) for the sea-plane to charter you across to the island. You’re treated to a refreshing drink and some snacks while you’re at it. The sea-plane, which is more lovingly known as the water taxi, brings you to what could easily be the world’s most charming and tiny airport. It’s an actual wooden deck just off the island’s shores. Here’s where you get your first glimpse of the impossible to behold turquoise waters of the Maldives. A speed-boat ferried me to the resort as I watched the sea-plane disappear in the distance.

In the ten minutes it took me to reach the resort, my anticipation swelled. I was soon to be on sacred ground. Soneva Fushi does that to you with its young, but well-established heritage. I was greeted by Arthur, who was to be my butler. As he served me the welcome drinks, he also enlightened me on the hotel’s no-shoes policy. He put my shoes in a bag and ushered me in and that’s where I thanked him for taking my shoes away. Stepping on the white sand of the once uninhabited Kunfunadhoo island is nearly therapeutic. The island has two famous beaches, Turtle Beach and Dolphin Beach. 57 private villas dot the island. 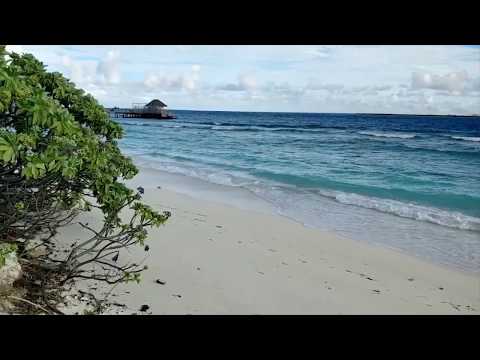 My wife and I were set up in the Family Villa Suite with a pool. It can accommodate two adults and two children. In addition to the single bedroom we were provided, a separate children’s room was also included in the villa. I did make use of the observation deck that let me bask under the glorious night sky. The veranda of the villa led straight to the beach and each villa was surrounded by vegetation along its perimeter, which acted as a great privacy solution. The rooms were airy with large windows. Soneva’s minimalist furnishing was surprisingly fulfilling, letting in the rays of the sun to spread and light up our dwelling space. The baths were sunken and had a comforting lounging area near them. Or you could walk across the stepping stones to a rain shower in the outdoors. The fully stocked pantry treated us to every fulfilling whim and fancy we had.


With great design came the great thought of having a hotel that truly lives its values. Being situated on an isolated island isn’t enough. The resort ensures that you’re cut off from the woes of the world. As a result, they do not broadcast any live content. The TV is neatly concealed in a trunk. There’s no news broadcasted here. You could simply walk to the beach and sack out on the recliners there. Or take up a vantage point at the observation deck. (The view of the sea from our villa was obstructed by an island, but there are several options where you can stare right into the vast abyss.) The four-poster bed was blissful. A study table sits quietly in one corner, where my ‘inspired self’ took to writing about the experience.

Much had been said about the gastronomic delights that the Soneva Fushi offered and I wanted to be privy to those testimonies. And I was! Mihiree Mitha is the resort’s main restaurant that serves breakfast and lunch. Breakfast is bountiful with a spread that includes home-made jams you’ve probably never tasted anywhere else, egg preparations, homemade cheeses, pastries to choose from and some delectable meats, especially cold-cuts. Lunch is another experience altogether with special stations set up for salads, stir-fry preparations, and even a barbecue. If Italian cuisine is your picking then you could patronize the pasta and pizza counters. You could also try the Down To Earth restaurant, which is located right next to the Mihiree Mitha. Here’s where you can pack in some desi delicacies. The resort has a restaurant located in the herb garden, called ‘Fresh in the Garden’. Here’s where you can treat yourself to Mediterranean cuisines. For more ethnic cuisines you could lounge away at the fourth restaurant that the resort has to offer, ‘Nikki @ Out of the Blue’. It offers Japanese and Korean delicacies that you can wolf down as you appreciate the sun setting on the horizon (for dinner, of course). When the sun sets you could indulge in a classic movie at the Cinema Paradiso, amid lit candles and cuddling couples.


Aligned with their nature of being one with nature, the restaurant follows a farm to table policy where produce is freshly made available to patrons, straight from the farm. Being eco-conscious, the kitchens consciously cut down on air conditioning by making ample provisions for natural ventilation. The reduction of carbon footprint and encouraging patrons to remain unplugged from distracting technology is not only great for the environment but also a fantastic way to ensure the physical and mental wellbeing of each guest.
Many would envision a beach resort in the Maldives to be one that’s either floating or hoisted on stilts over a water body. The Soneva Fushi breaks the stereotype by adopting what could easily be termed as a rain-forest experience, right on the beach. It is the place you’d want to visit if disconnecting from the world is what you seek. 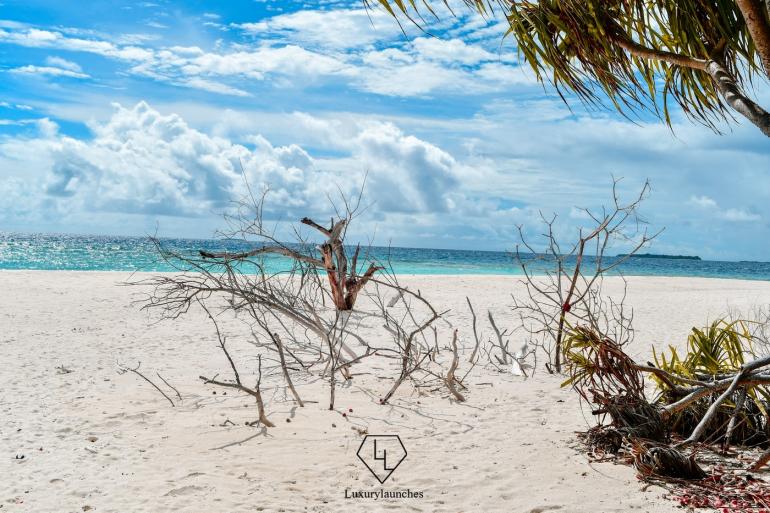