The many delights of Amsterdam have a magnetic allure for a free spirit and a night at the Conservatorium finds its place high up on that list. This luxurious property rests at the very heart of the city’s prized thoroughfare, in all its glorious revelry. The Conservatorium has been transformed over the centuries, from a bank to a music school to being a sprawling 5-star refuge that houses 129 rooms and suites. The hotel is flanked by The Rijksmuseum, Van Gogh Museum, Stedelijk Museum, and Concertgebouw, and justifies the creative excellence in itself rather proudly. Its proximity to all that matters for a romantic soul in Amsterdam makes it more of a pilgrimage stop for a luxury-seeker than a mere check-in. 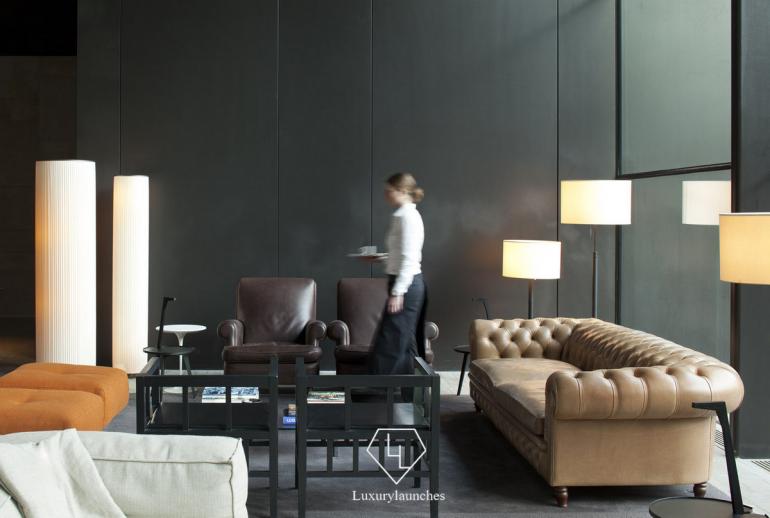 What makes the Conservatorium an unmissable spectacle in Amsterdam, is its location and design. It’s something you’d like in the backdrop of your Instagram photo. On the inside, there’s a lot more to behold. Situated just ten minutes away from the main canals and just a fifteen-minute tram ride away from the Central station, the hotel also lies in close proximity to a line of fine stores.

The layout hints at a crossover of a bank with long corridors and tall ceilings that reminisce what a prestigious musical institution this would have been, back in the day. The façade of the hotel is encased in glass, bridging the gap of centuries of design improvisations that have finally become a contemporary lobby that hints at being a modern glass building, while still showing traces of its classical architectural brilliance. The excessive use of glass gives one the illusion of being in the outdoors while still being indoors. The credit for this should go to none other than Italian designer and architect Piero Lissoni, known for his work that fine hotels and stores across Europe.

Having preserved a major portion of its original build, the rooms and suites in the Conservatorium are quite varied. Each one has been repurposed to serve its new use as a luxury accommodation and this miraculously falls into the scheme of things that Lissoni has so finely crafted. You wouldn’t get used to the stained glass and wall tiles used extensively through the interiors, very soon. Amsterdam is known for rooms that aren’t too spacious, but here’s you may find some extra to deal with. There’s a lot of beige and grey in the designs with subtle pastel shades that pop in every here and then. To make the most of the tall ceilings, the rooms have two levels in some cases, making it unique. I have housed in the Deluxe Guest Room spread across 30 square meters it was compact yet extremely functional. The in-room entertainment system was rather impressive, while the rainfall shower amid a heavily beige bathroom was my favourite feature of my accommodations. Other benefits of this particular room included a queen bed, bathroom LCD mirror, daily magazines and newspapers delivered promptly at my room, a minibar, phone and safe for belongings.

The fine treatment follows you as you step out of the room as well. The spa and pool here are considered to be among the finest in Amsterdam. Thankfully, the 18-meter pool was heated to beat the November cold that was sinking into the city. The Akasha spa offers seven treatment rooms and connects with the gym and pool. You can enjoy a variety of treatments at the spa including the private Hammam and Amsterdam’s only Watsu pool for tailored hydro-treatments and guided meditation. The spa organises events and wellness summits for those who’re more focussed on wellbeing.

Leading up from the lobby is the Brasserie all-day restaurant. It has its very own salad bar and dishes out some rather healthy eateries. While you can pick from the a la carte menus during meals, the breakfast spread is a buffet with some great healthy and tasty options. Chef Schilo van Coevorden is at the helm of the Japanese restaurant called Taiko, which is situated on the upper floor. His cuisine brings with it inspiration from other regions, that rather organically blends into the Japanese feast he serves up. 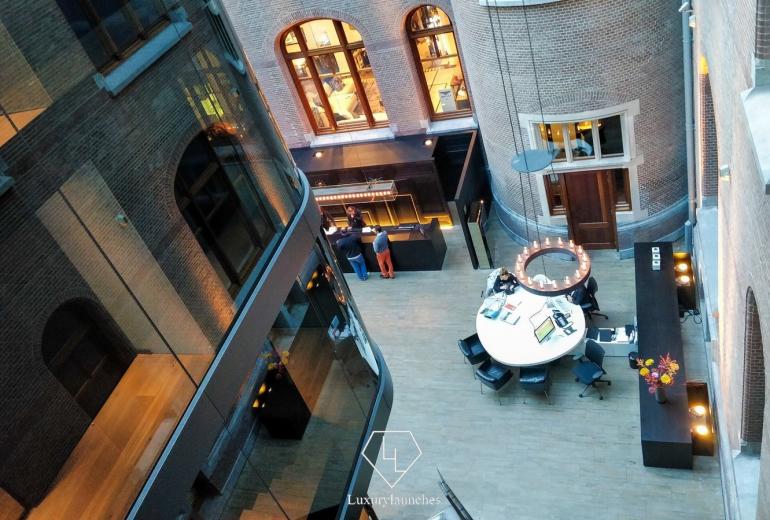 I must mention the staff and their cordial behaviour. The concierge desk is extremely helpful and they offer open plans that suit your every need. Even if you know the city at the back of your hand, this desk can make life a lot simpler for you.

It’s unfortunate that I couldn’t spend more than a day here at the Conservatorium. But what I must mention is that in the day spent here, I did enjoy the best delights from across centuries, unique living quarters and reason enough for me to plan my next revisit.