Earlier this year, a relatively unknown American supercar producer ‘Trion SuperCars’ announced that they are developing a hypercar named Nemesis that will not only have more power than Koenigsegg One:1 but will also comfortably snatch the crown from Bugatti Veyron for being the fastest car in the world. It is always great to see underdogs challenge big names and put up a good fight; but most of these stories end up being big disappointments and fade away into oblivion. The California based company, however, claims that they are well into the development process and the hypercar will go into production as early as January 2016. Trion SuperCars has recently released additional information and a new set of pictures of the Nemesis. 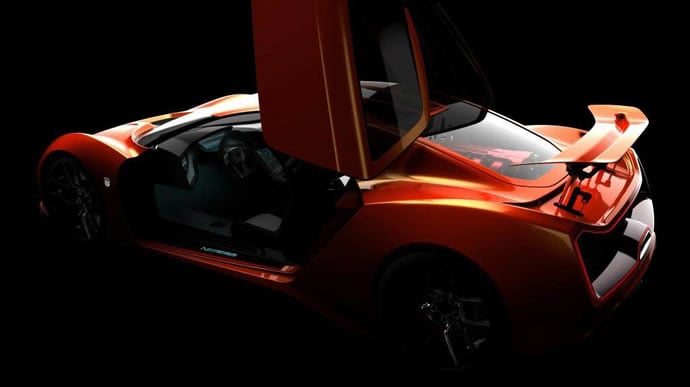 The first prototypes of Nemesis will be built in February 2015 and the company is looking to take things to the next level with a twin-turbocharged 9.0-liter V8 engine pumping out a tarmac-ripping 2,000 horsepower. That is about double the power you get in a Bugatti Veyron, and nearly 3-times the firepower in a Lamborghini Aventador. With 0-100 km/h (0-62 mph) acceleration in just 2.8 seconds and maximum speed of more than 450 km/h (280 mph), on paper the Nemesis should find it easy to beat the Bugatti Veyron in a top speed test. Trion plans to build only 50 examples of the hypercar that will carry a window sticker price of $1 million.