Contemplating, assuming, wondering……about the new Dino from Ferrari? All that is required is a little bit of patience for the official word from the company itself. But trust us, humans, for wanting to run ahead of times and trying to gain knowledge about everything possible. Here’s some more to fuel your hunger! Ferrari has dolled up a 599-based prototype for their forthcoming inexpensive coupe, and it’s now making the rounds on the Nürburgring. These new shots depict a mule which is believed to be powered by a V-8 powertrain for 400bhp. While that vintage Dino had a V6 behind the driver. This new Ferrari will in fact be available as a 2+2, or as a dedicated two-seater with a rather generous parcel shelf in the back. Further, it is said that the model will ride on an all-new aluminum chassis from Alcoa and will have less whiz technology than its pricier counterparts.
More Dino images after the jump……….. 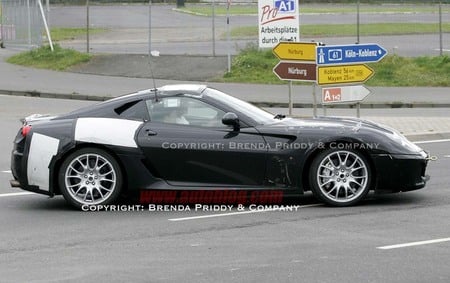 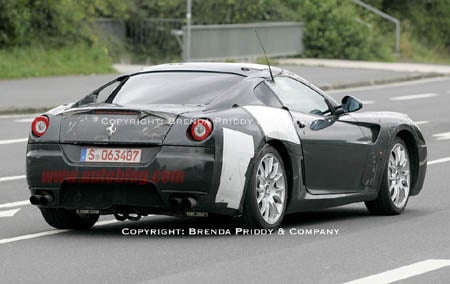 The 2008 Dino will be starting at approximately 110000 euros ($150,000). Insiders are saying that it’s possible to sell up to 4000 Dinos annually once the car is getting green light for production. Rumors also suggest that the new model will not be called the Dino. Well whatever it will christened, Dino could arrive as early as 2009.

Tags from the story
Cars, Ferrari