Mercedes has unveiled the production ready version of the 2015 GLA 45 AMG online ahead of its official debut at the 2014 Detroit Motor Show. Mercedes previewed the concept version of the compact crossover at the 2013 Los Angeles Motor Show two months back which was oddly covered with a bit too much of stickers and decals. Interestingly, the production trim looks the same as the concept car sans the colored stickers. The most powerful GLA comes with the same M133 four-cylinder engine that Mercedes uses in the A 45 AMG and the CLA 45 AMG. 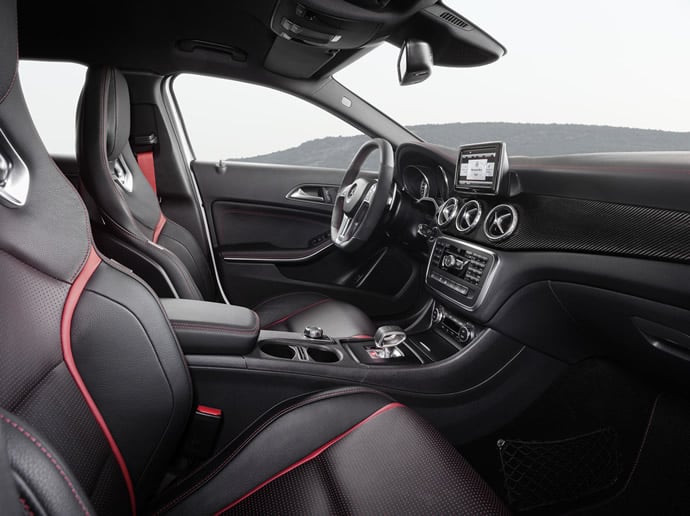 The small two liter four-cylinder engine is tuned to produce 360 hp (355 bhp) and 450 Nm (332 lb ft) of torque which gives it some serious grunt and amazing performance figures. The GLA 45 AMG can go from 0-62mph in 4.8 seconds and the top speed is limited to 155mph. The engine is mated to a seven-speed dual-clutch transmission that comes as standard including the 4Matic all-wheel drive. 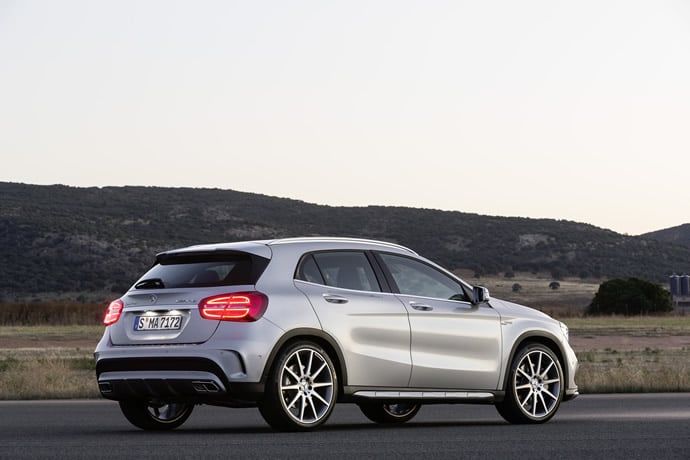 On the inside, the cabin comes fitted with sport seats wrapped around in leather/Dinamica microfiber with red contrasting stitching and red safety belts. The GLA 45 AMG also has a three-spoke Nappa leather-covered steering wheel and an AMG instrument cluster with a two-tube design and a central color screen. It can also be ordered with carbon fiber trim, performance seats and steering wheel along with various upholstery options at an additional cost. The pricing is yet to be announced but it is expected to be priced close to $50k. The 2015 Mercedes GLA 45 AMG will hit the showrooms by fall this year. 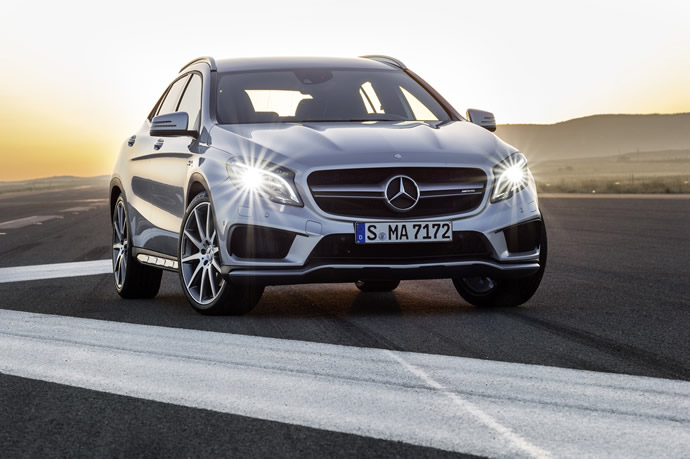 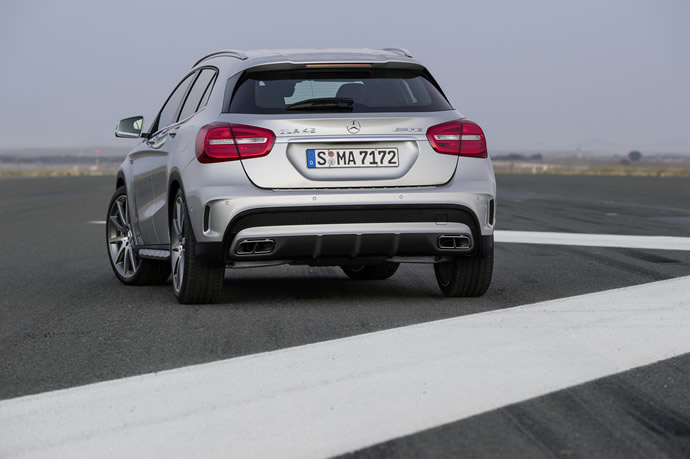