To pay tribute to the outgoing fifth-generation Camaro, Chevrolet has unveiled a special edition model named the ‘Commemorative Edition’ that will debut at next week’s SEMA Show in Las Vegas. The current generation Camaro is on track to be America’s best-selling performance car for the fifth straight year. According to the automaker, over 400,000 fifth-generation Camaro sports cars have been sold since April 2009 and sales for the first 10 months of this year are up eight percent compared to the same period a year ago. The Commemorative Edition Camaro is more like the last hurrah and follows in the well-established tradition of the current model’s many special editions by adding a host of aesthetic treatments. 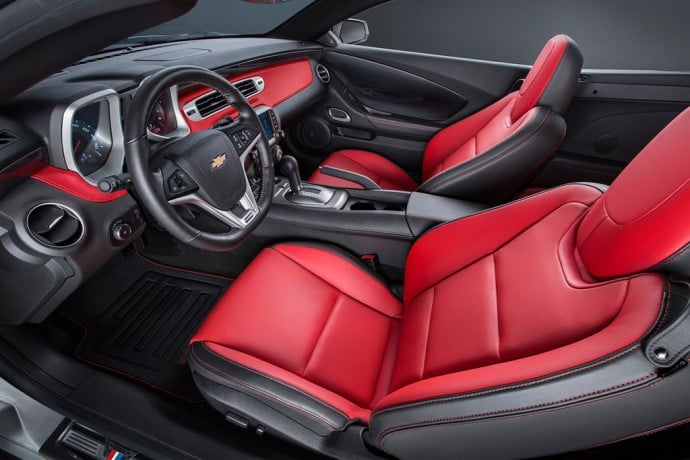 The Commemorative Edition package will be available on the Camaro 2LT, 2SS coupes, and convertible models and the RS package too. The special treatments on the outside include 20-inch wheels, an exclusive stripe, body-matched front splitter, ZL1 rear spoiler and Commemorative Edition fender emblems. On the inside, the cabin is fitted with Adrenaline Red-and-black leather upholstery, with red contrast stitching and other accents scattered throughout the interior. A leather-wrapped, flat-bottomed steering wheel completes the package. There is no word on the pricing yet but it is expected to hit the dealerships in spring of 2015. 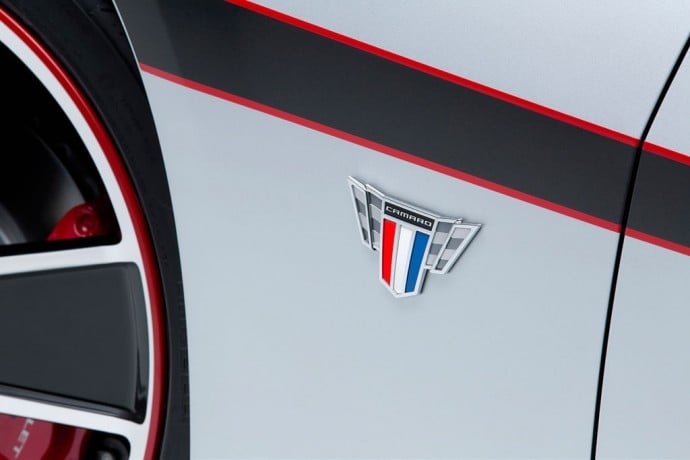