Audi unveiled the 2016 A4 models one week back and now has announced that their BMW 3-Series rival will include Bang & Olufsen 3D Sound System as an option. The Danish audio and video brand collaborated with Audi to provide the optional 3D sound system that will offer an optimal listening experience for consumers. Collaborating with Bang & Olufsen will allow Audi to tech-savvy consumers who love music. 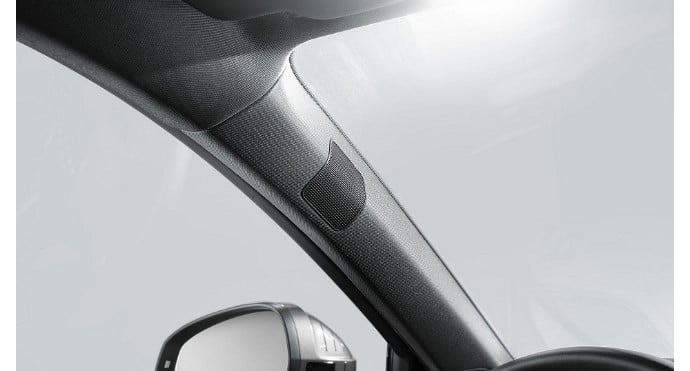 Available for both the A4 Sedan and the A4 Avant variants as an option, the Bang & Olufsen 3D Sound System comes with 19 speakers each hosted within a grille integrated with the A4’s cabin design, next to the 12.3-inch digital dash and simplified controls. The audio system will feature a 16-channel Class D amplifier that delivers 755 watts of 5.1 surround sound.

The Bang & Olufsen 3D Sound System in the Audi A4 brings fascinating 3D sound to all who hear it, adding an exciting new dimension to the listening experience,” said Jens Peter Zinck, Head of Bang & Olufsen Automotive for HARMAN. The production for the 2016 A4 is expected to start somewhere around the fall of 2015.