This year’s edition of Geneva Motor Show opens tomorrow and the world’s top brands, from Aston Martin to McLaren, Ferrari to Koenigsegg, Lamborghini to Porsche, are ready to unveil their newest offerings. One such hotly anticipated car is the 2016 Audi R8, which has already set the automotive world buzzing. Last week, we brought you all the information Audi has revealed as of yet on its second generation Audi R8 along with a mention of the all-electric e-tron model. The German automaker hasn’t revealed much on its Tesla-fighting sports coupe, but here is all we know about the R8 e-tron that will debut at the Geneva Motor Show. 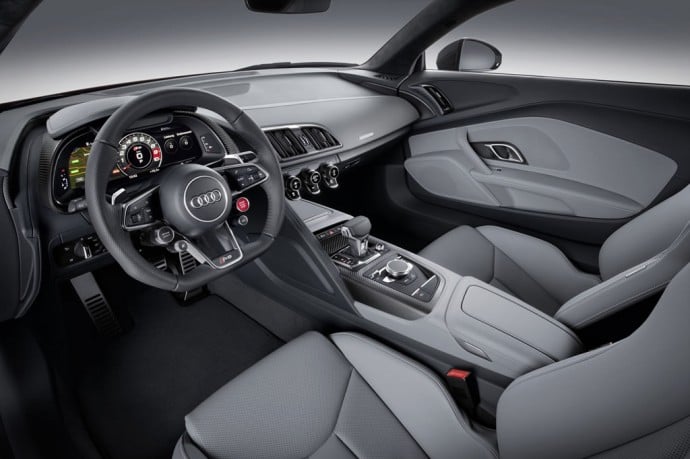 The 2017 Audi R8 e-tron packs an electric drivetrain that generates 455 horsepower and a massive 678 lb-ft. of torque. That gives it enough juice to send the coupe from zero to 62 mph in 3.9 seconds and on to an electronically-limited top speed of 155 mph. Now, this might make the e-ton slower than the range-topping V10 plus model and Tesla’s Model S P85D at 3.2 seconds; nevertheless, it’s still impressive. What makes the numbers look even more remarkable is the fact that it has a driving range of up to 279 miles, thanks to a T-shaped lithium-ion battery pack designed and built in-house. It is mounted in the transmission tunnel and directly behind the passenger compartment, a location that noticeably improves the coupe’s center of gravity. An on-board Combined Charging System makes it possible to fully charge the pack in significantly less than two hours. 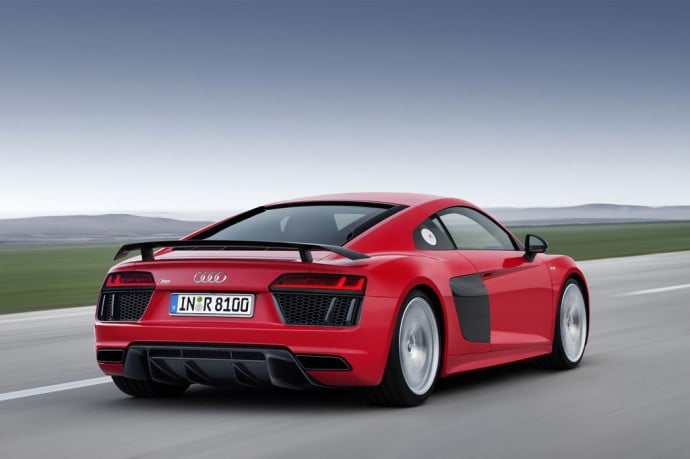 Interestingly, Audi says the new R8 e-tron serves “primarily as a mobile high-tech laboratory” that will eventually feed into technology used in a high-volume sedan. And just in case, you are really well-heeled and smitten by the electric R8, Audi will deliver you one of these babies hand-built at their factory, but only on request. There is no word on the pricing or the date of launch.