This announcement from Lamborghini is definitely the way to end the year. The raging bulls V12 flagship gets an update after 5 years. The 2017 Aventador S packs in 40 more horses, the 6.5 liters naturally aspirated V12 now produces 740 bhp. The redline is pegged to 8500 from 8350 rpm and with a lighter exhaust, enthusiasts will love flooring the pedal in tunnels. 0 to 62 mph comes in 2.9 seconds and the V12 will go on and on till it reaches 217 mph. Suspension and aerodynamics have been tweaked, but important addition is the four-wheel-drive steering, a first for a production Lambo. A system that steers the rear wheels in the opposite direction of the front wheels at low speeds and in the same direction of the fronts at high speeds. Thus helping reduce the turning radius and improving stability respectively. Another addition is a new driving mode – along with Strada, Corsa, and Sport there is Ego, a mode which lets you tweak the beasts drivetrain and suspension settings. 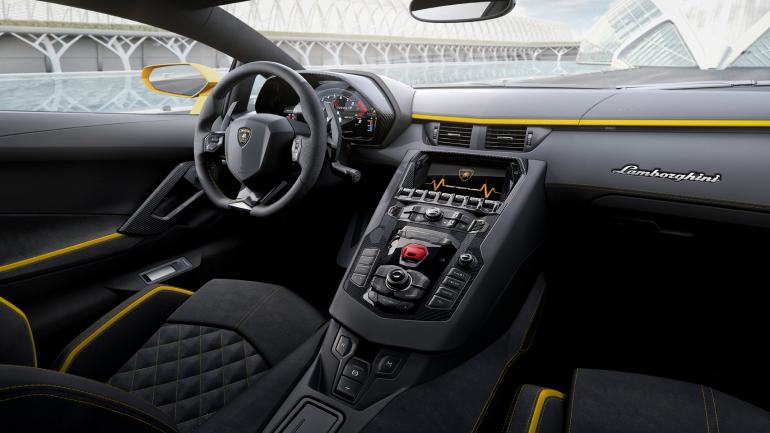 From the outside, the Lamborghini Aventador S is even more aggressive. There are new air ducts and a sharper nose that produces 130% more downforce. In the rear, you have the new hexagonal exhaust and a rear wing that can be moved in three positions to reduce drag by up to 400%. On the inside, new TFT-based touchscreen infotainment gazes on the dash and for the track lovers, there is an optional telemetry package. Last but not least the Aventador S is fitted with a set of specially made Pirelli P Zero tires. 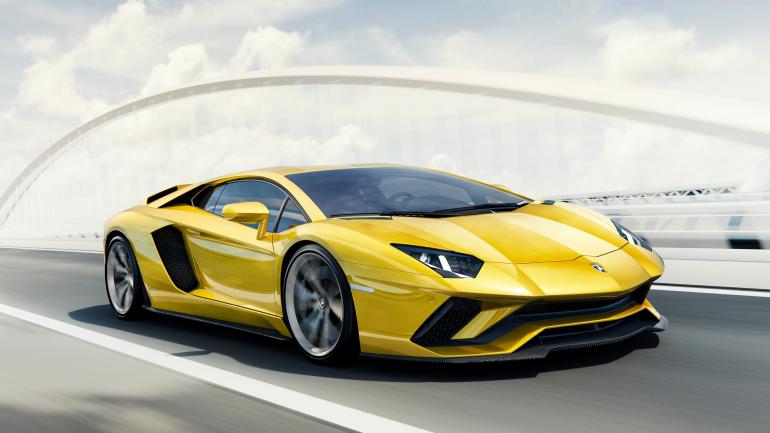 Pricing for the 2017 Aventador S starts at $421,350 and with the minimal of the updates, it will kiss the half a mil mark. Deliveries are planned for the spring of 2017.