The soon to be launched revamped 2018 Mercedes-Benz S-Class W222 might not arrive with a lot of visual updates; however, the Stuttgart-based company has revealed that a significant amount of tech-related updates can be expected from it. Self-driving capability is quickly becoming one of the biggest selling points, at least in the luxury car segment, and technology is slowly getting to a point where the cars won’t need any kind of human supervision to drive around. The current Mercedes-Benz S-Class model launched in 2014 can accelerate, brake, and steer on its own in many different conditions as long as the driver keeps his or her hands on the steering wheel. The new S will arrive with an updated drive assist system capable of navigating more complex situations that require slowing down, such as bends in the roadway, roundabouts, intersections, toll booths, and highway exits. 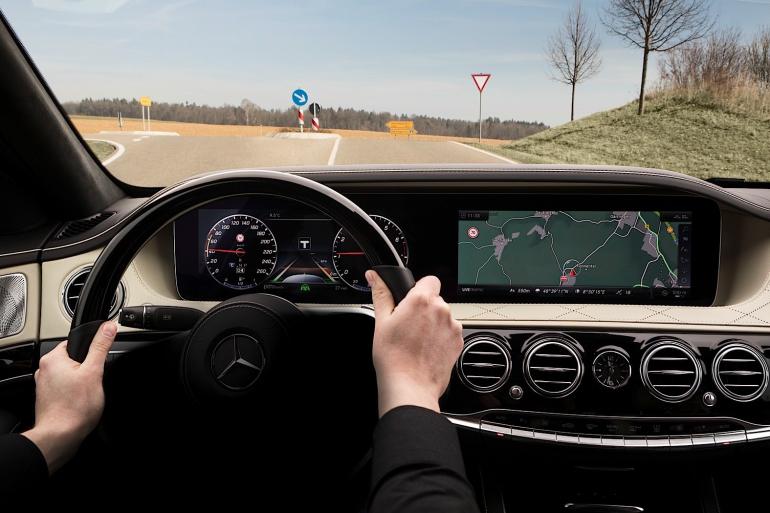 “We are approaching the goal of automated driving more purposefully and faster than many people suspect. From the autumn, the new S-Class will be able to support its driver considerably better than all systems which have been available to date.” said Dr. Michael Hafner, Head of Automated Driving and Active Safety at Mercedes-Benz. 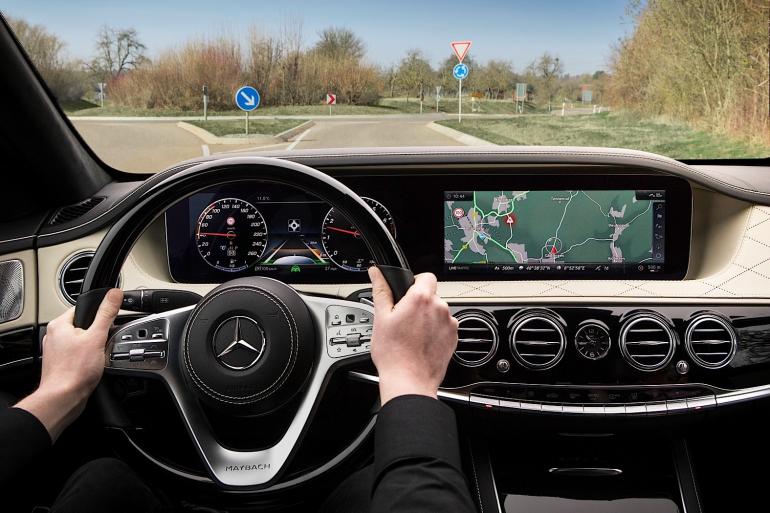 The updated S-Class will feature more advanced cameras and sensors, and the ability to analyze map and navigation data to decide when it needs to slow down. It will also receive the vehicle-to-vehicle (V2V) and vehicle-to-infrastructure (V2I) tech already offered on the latest E-Class. The carmaker recently revealed official photos of the redesigned center console and new steering wheel. The two wide screens on the dash have now become one that is extra-wide. The 2018 Mercedes-Benz S-Class is tentatively scheduled to make its public debut in two weeks at the Shanghai Auto Show