It’s been less than a year since Ferrari introduced the V6-powered 296 GTB and the mid-engined hybrid supercar has already spawned an open-top version. Behold the 296 Gran Turismo Spider (GTS), a convertible supercar that’s claimed by Ferrari to offer “class-leading levels of driver engagement” without any loss in performance over the coupe version. In typical Ferrari fashion, the GTS gets a retractable hardtop which is operable when the supercar is traveling at speeds of up to 30mph and takes 14 seconds to go up or down. There’s a height-adjustable glass rear screen that separates the cabin from the rear deck and helps reduce turbulence in the cabin at higher speeds when the roof is down. The mechanism is very similar to the one used by the Ferrari SF90 Spider; the roof splits into two parts to sit flush over the engine when folded down. When the roof is closed, the GTS looks almost identical to the coupe version. 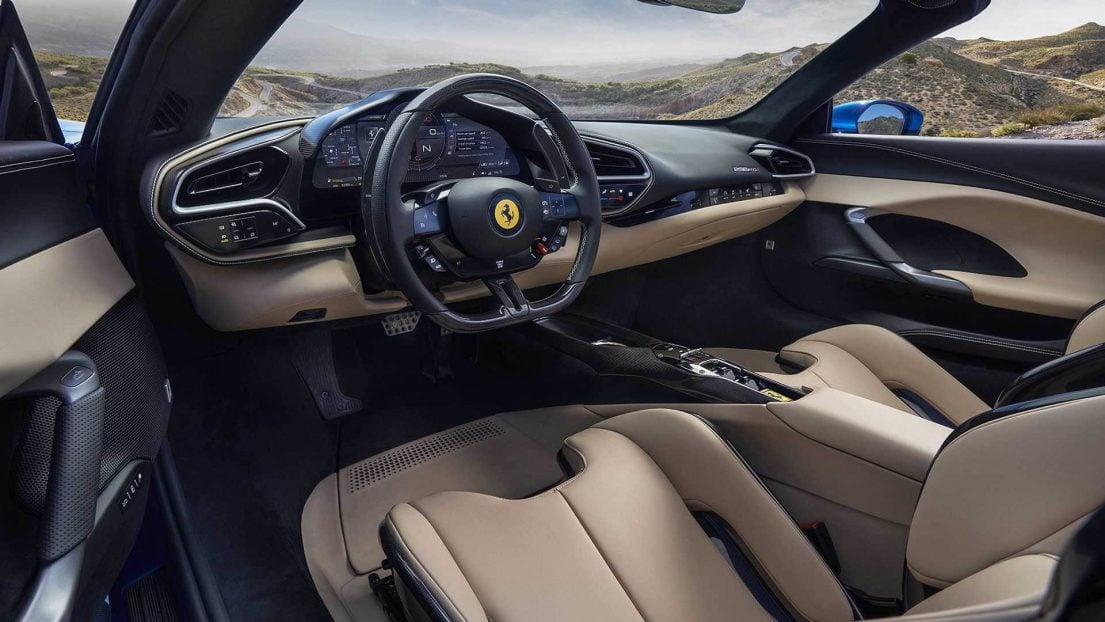 The hybrid powertrain in the GTS is also identical to the coupe sibling. It consists of a 3.0-liter V6 that’s capable of producing 663 horsepower on its own, while an electric motor boosts the total output to 830hp and 546 lb-ft of torque. The GTS is heavier by 154 lbs. because of the foldable roof mechanism. However, Ferrari claims the extra weight has had no negative effects on the performance of the drop-top supercar. The Maranello-based marque claims the 296 GTS has a 0-62mph time of 2.9 seconds and a top speed of 205mph. 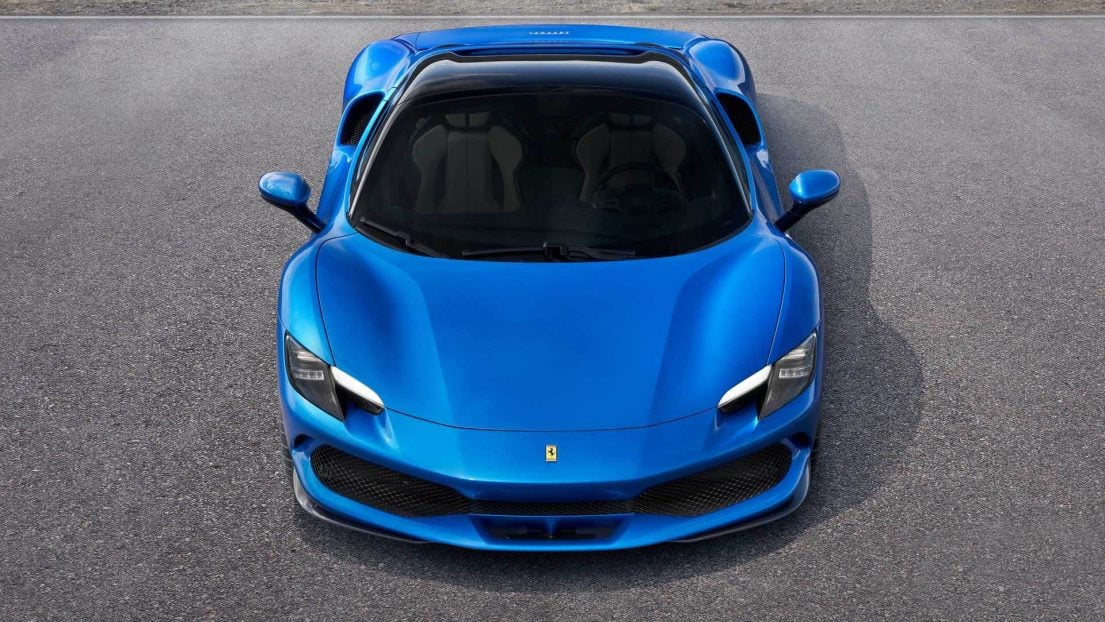 Just like the fixed-roof 296 GTB, the convertible version has a 7.45-kWh battery pack that gives it an all-electric driving range of 15.5 miles. Ferrari is also offering the 296 GTS with an Assetto Fiorano track package that adds Multimatic adjustable dampers, aerodynamic mods for increased downforce, several weight-saving components, and Michelin Pilot Sport Cup 2 R tires. A special livery inspired by the 250 Le Mans is also a part of the optional package. Ferrari claims the 296 GTS with the pack will lap its Fiorano test track in 1:21.80. The pricing hasn’t been revealed as of yet, but it is expected to be priced north of $350,000. 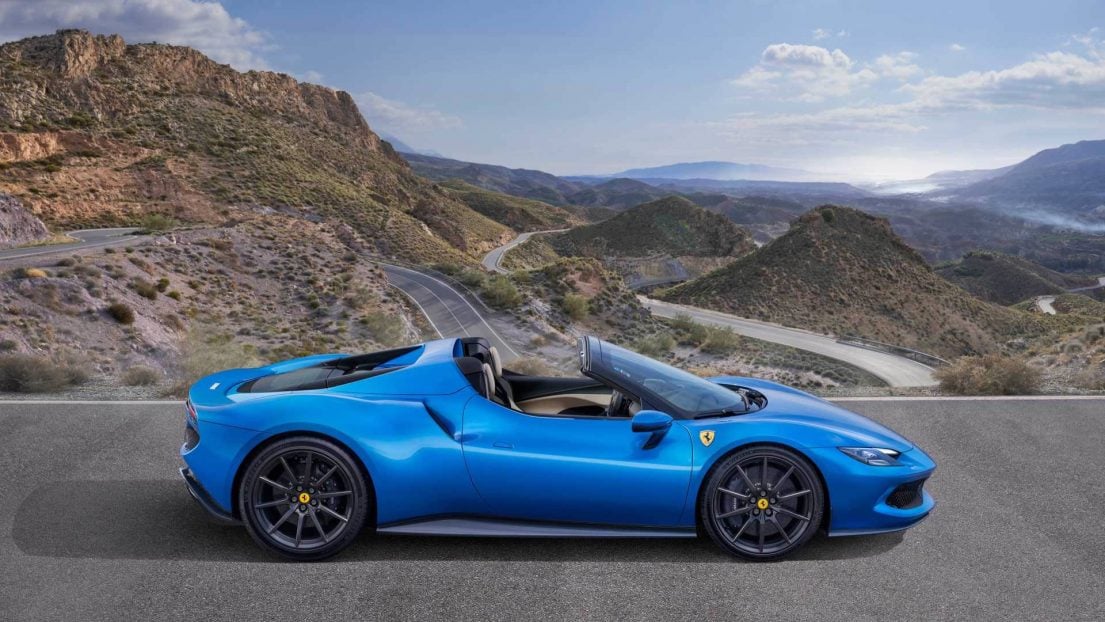 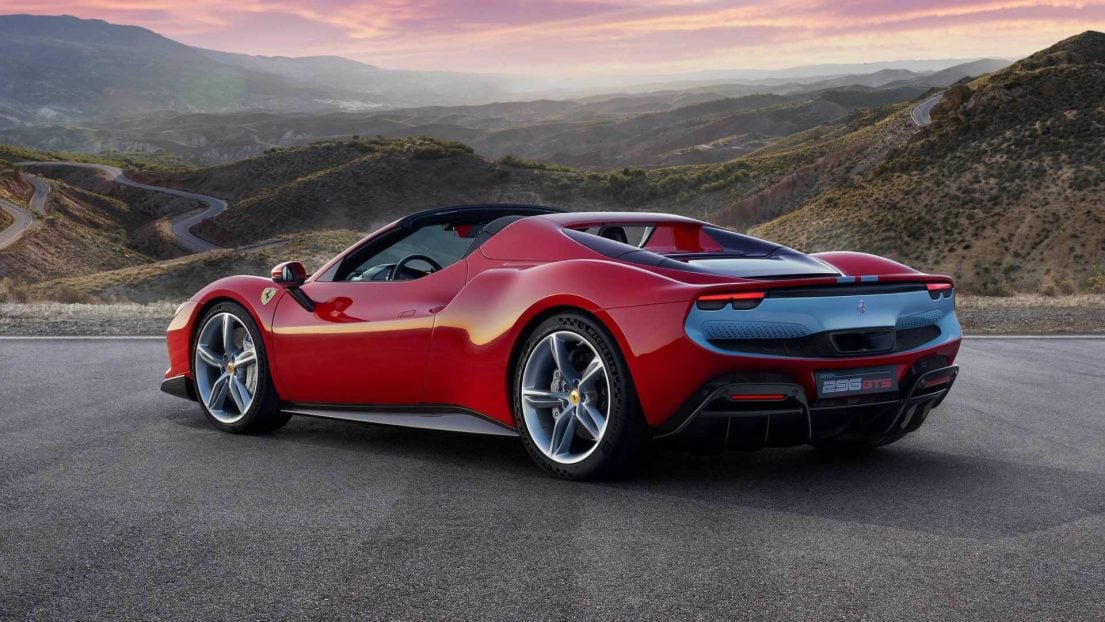 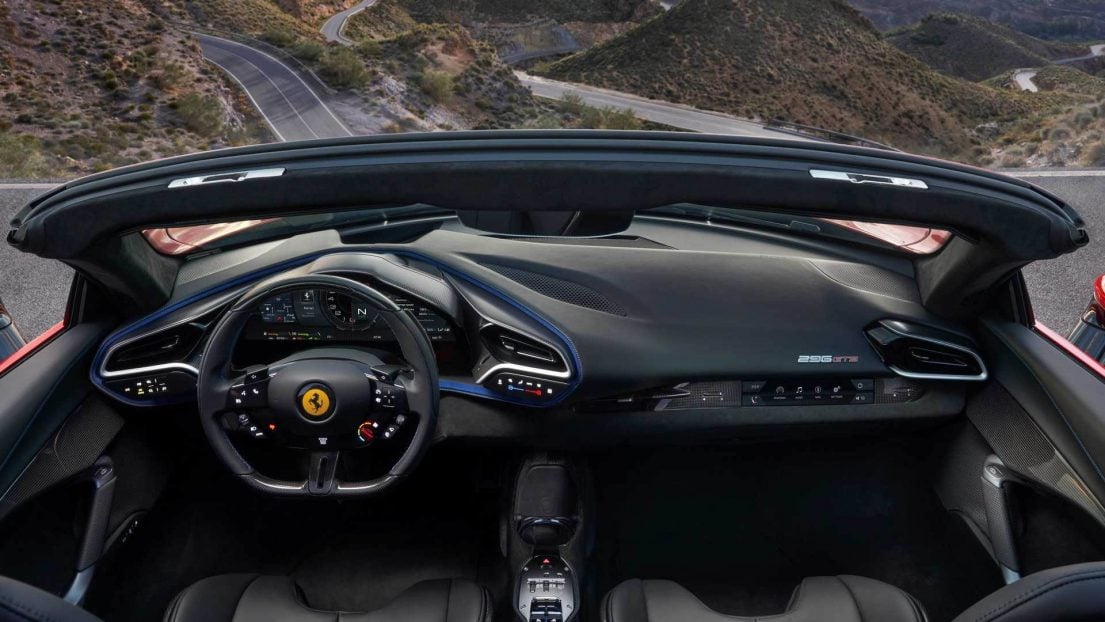