Maserati has finally revealed the Grecale crossover which was first teased by the Italian manufacturer in 2020 during the unveiling of the MC20. Placed below the automaker’s mid-size crossover Levante, the Maserati Grecale will go head-to-head with the likes of Porsche Macan and Alfa Romeo Stelvio. Given the fact that the Levante is Maserati’s highest-selling product making up for as much as 60 percent of the company’s global sales, the Grecale is expected to further help increase the market share for the Italian marque that till recently was badly struggling with an aging line-up. 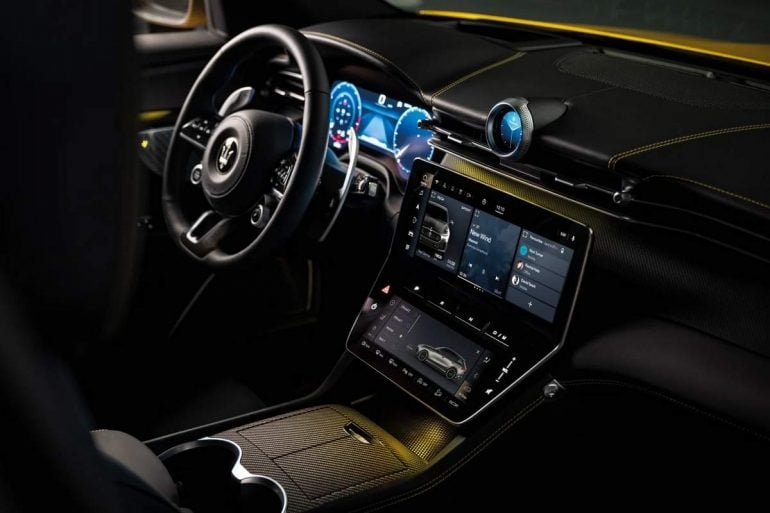 Ahead of its official unveil, the Maserati Grecale’s camouflaged prototypes had been extensively photographed, which gave us an idea of what to expect in terms of the exterior styling and dimensions. The compact sporty crossover is the second model in the company’s line-up after the MC20 sports car to feature its new design language, which is evidently different from what we have seen on previous Maserati models like the Levante, Ghibli, and Quattroporte. However, Maserati’s signature design elements have been rightly preserved, including the three fender vents. The design of the headlights and even the front grille have been clearly inspired by MC20. I have to admit that the Maserati Grecale looks really good in the bright yellow exterior paint as seen in the official pictures released by the manufacturers. 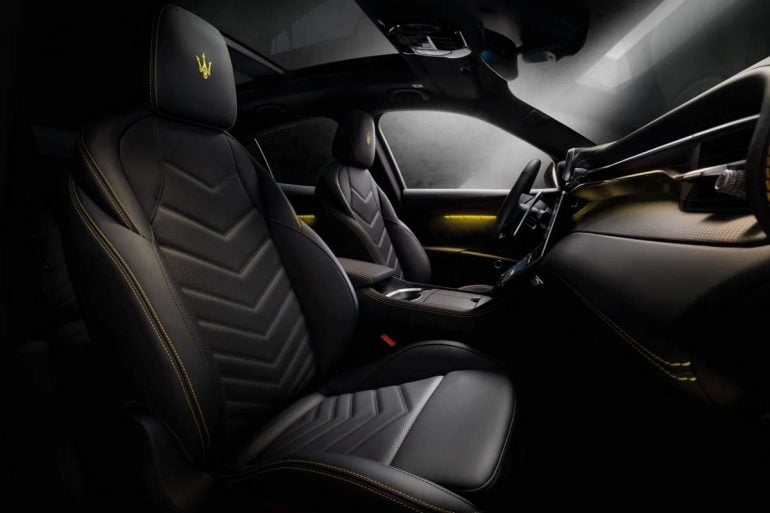 On the inside, the Maserati Grecale has the most screen-heavy cabin than any other model in the line-up. The infotainment display and the digital gauge cluster both measure 12.3 inches. Instead of physical buttons, the sporty SUV gets a smaller 8.8-inch touchscreen right below the main infotainment display which can be used to control everything from climate control to vehicle settings. The most surprising element is the dashboard clock which has also been digitized for the Grecale. The digital clock has been given watch faces that have been designed to look like a mechanical dash clock. Being a Maserati, Grecale’s interior comes wrapped in premium materials, including carbon fiber on the sporty, range-topping variant. 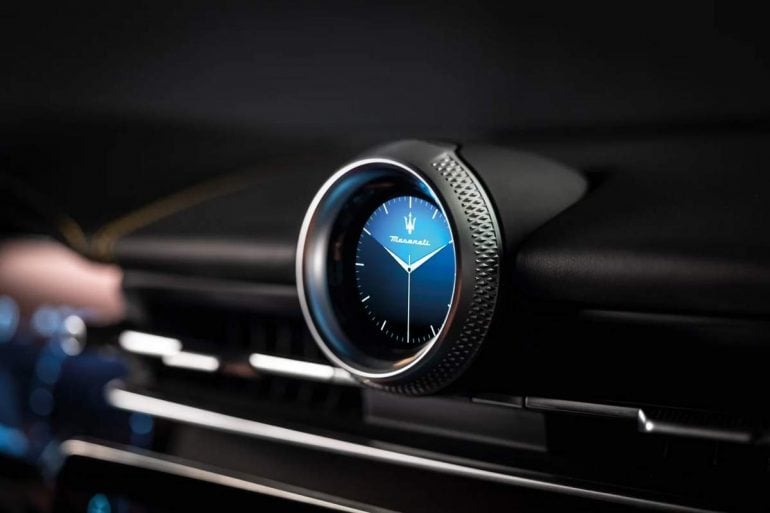 This brings us to the trims levels announced for Grecale. The premium crossover will be sold in three gas-powered versions at first, which includes a base GT version, a slightly more powerful and premium Modena variant, and a range-topping sports version named Trofeo. Powering the GT trim level is a turbocharged 2.0-liter inline-four assisted by a 48-volt hybrid system which cumulatively produces 296 horsepower and 332 pound-feet of torque. The same engine with a different state of tune makes 325hp in the Modena variant. Under the hood of the Trofeo is the same in-house twin-turbocharged 3.0-liter V6 from the MC20, which has been detuned to make 523 horsepower and 457 pound-feet of torque. Squarely aimed at competing against the Porsche Macan GTS and other performance crossovers in its segment, the Grecale Trofeo can sprint from zero to 60mph in 3.6 seconds and hit a top speed of 177mph. The Italian manufacturer has announced that an all-electric version of the Grecale named Folgore will be launched next year, but most of the details are yet to be revealed. The pricing for the Grecale t starts at $64,995 for the base GT model and it will go on sale this summer in the US. 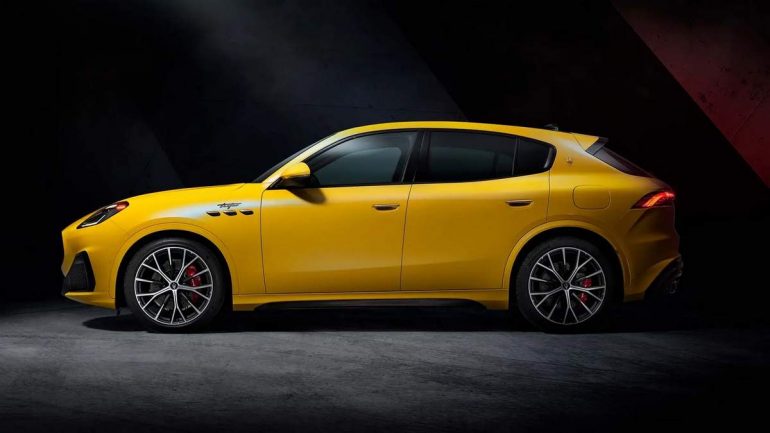 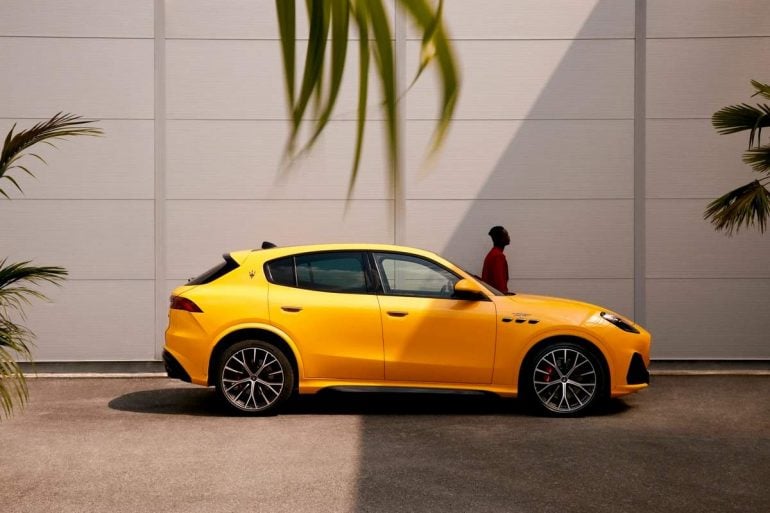 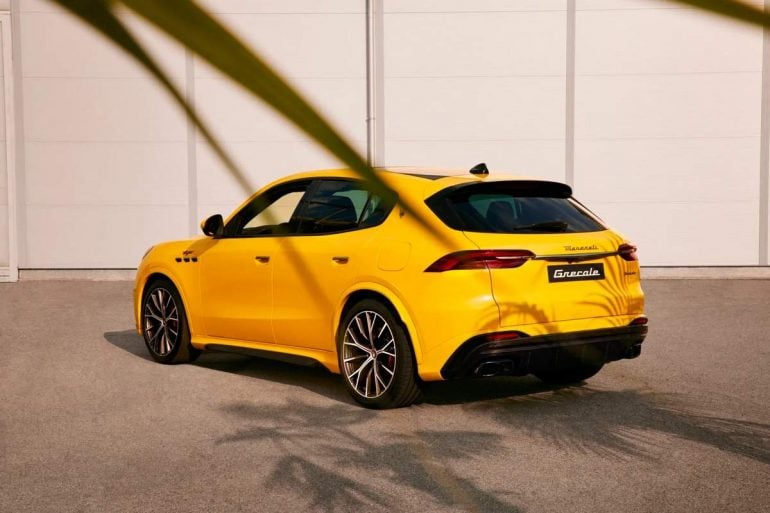