BMW has revealed the ultimate derivative of the M5 super saloon that also happens to be the most powerful production car to wear the Bavarian automaker’s logo. Meet 2022 BMW M5 CS, the most potent version of the M5 that continues on the tradition of the hardcore M3, M4, and M2 CS models and looks simply fabulous with its frost green and bronze-gold color scheme. The deep matte green looks glorious on the M5 and is beautifully augmented by the bronze-gold color found on kidney grilles, badges, and 20-inch wheels. The headlight surrounds are also yellow instead of white light, which matches the colorway and a nod to BMW’s race cars. Inside the cabin, the rear bench seat has been replaced by two bucket seats. There’s plenty of carbon fiber all around, and bright red accents contrast the black upholstery. In addition to CS badging, the Nürburgring circuit’s outline is also present on the headrests of all seats. 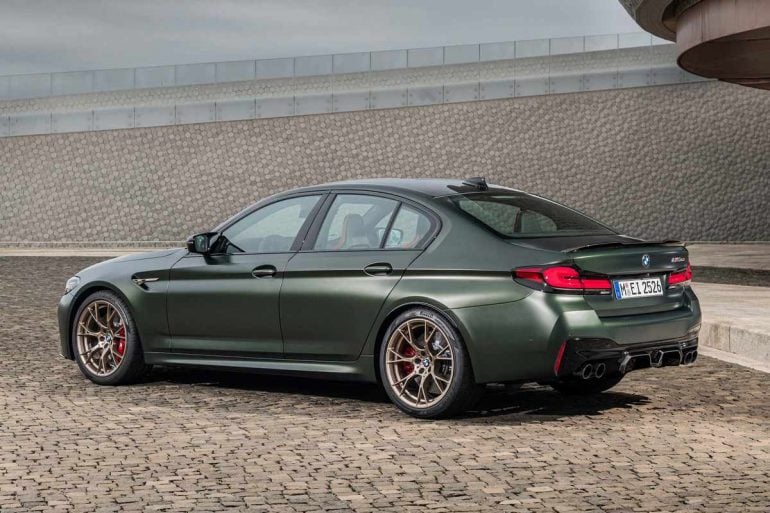 Lurking under the hood is the same 4.4-liter twin-turbo V8 found in the regular M5, but it has been tuned to produce 627 horsepower – 10hp more than the already quick Competition model. The horsepower gain might not sound significant, but you see the M5 CS is 230 pounds lighter, which has been achieved by reducing sound-isolating material and more use of carbon fiber-reinforced plastics. This has significantly improved the power-to-weight ratio. As a result, it can accelerate from zero to 60 mph in 2.9 seconds and hit a top speed of 190mph, taking its performance firmly into supercar territory. Interestingly, the 2022 BMW M5 CS is limited to just one model year, making it very special. Later this year, it will arrive in the US with a starting price of $142,995, which is nearly $30,000 more than an M5 Competition. 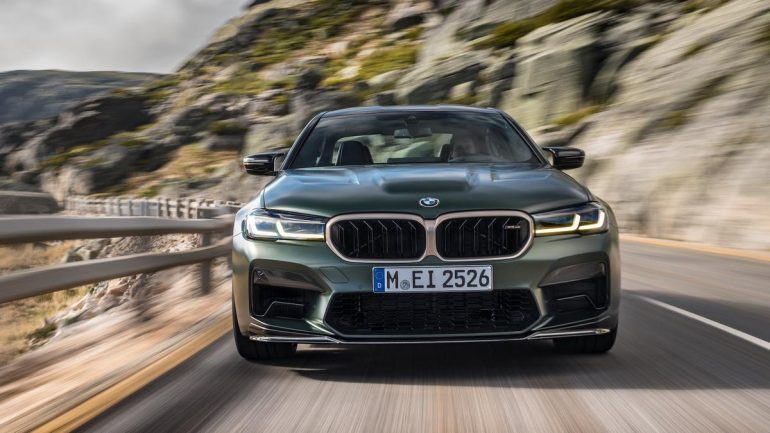 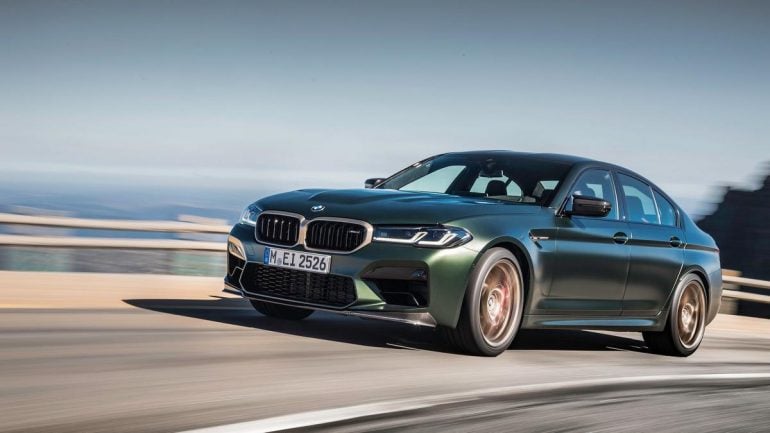 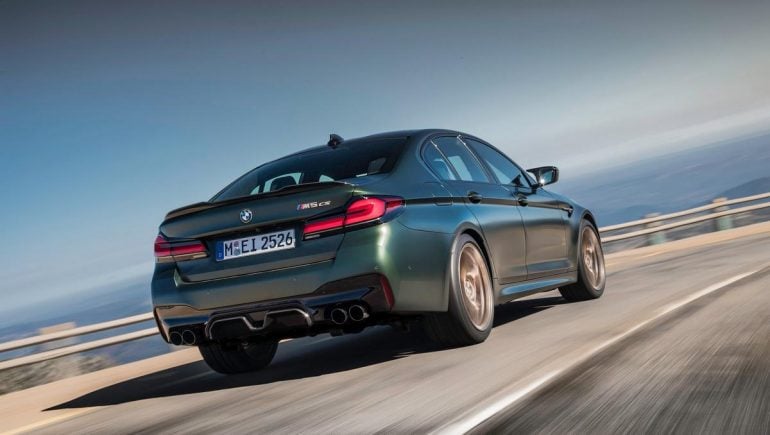 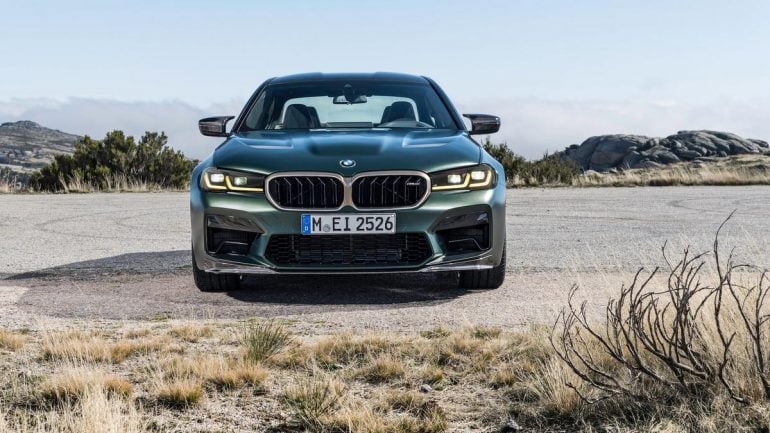 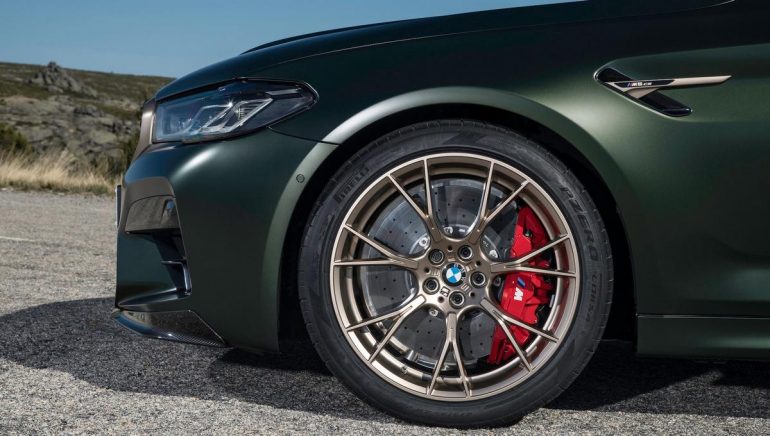 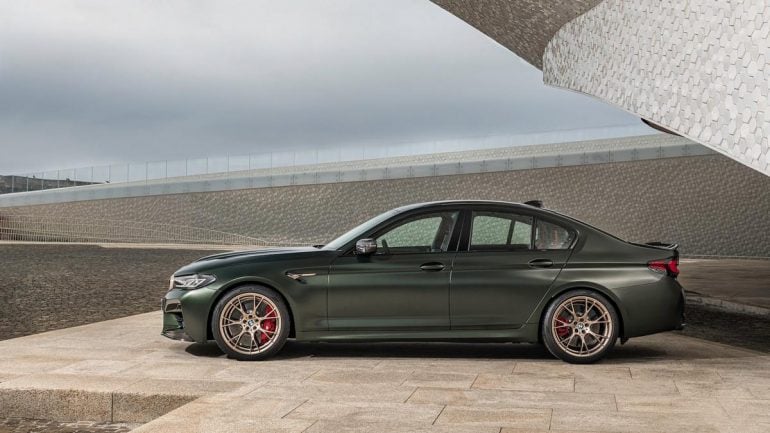 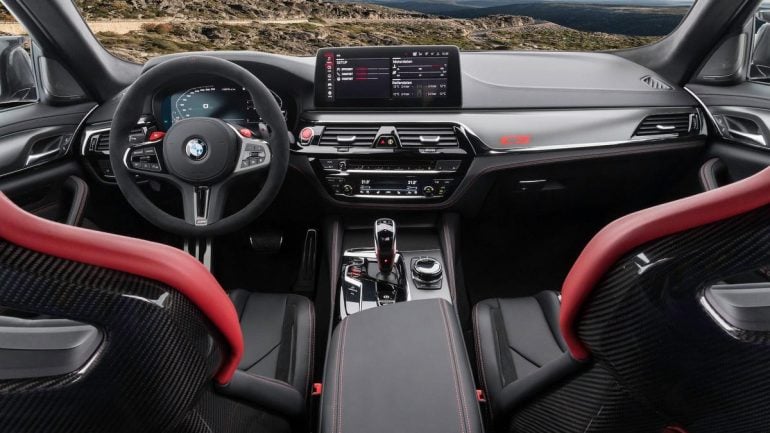 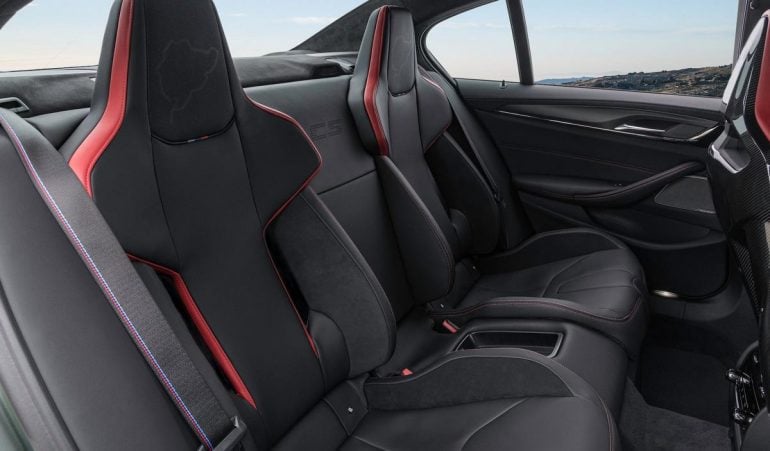 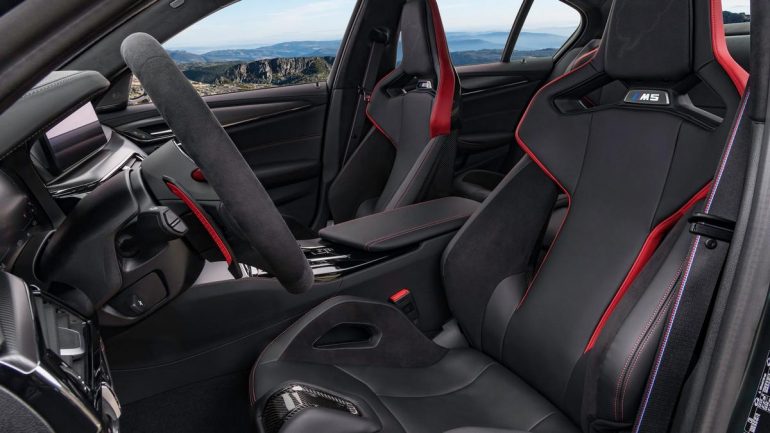 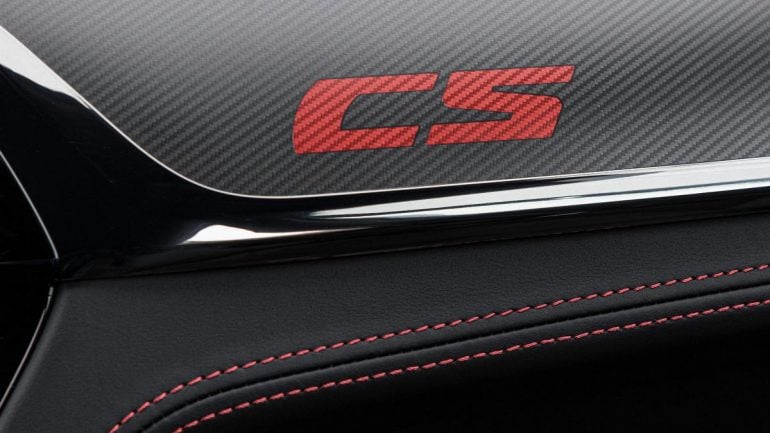 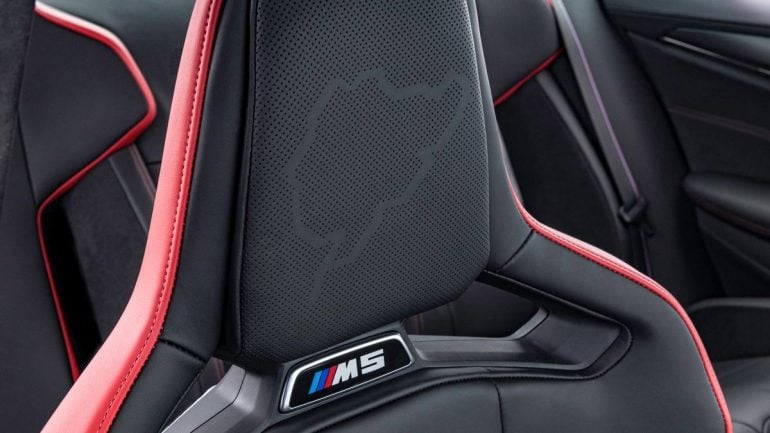 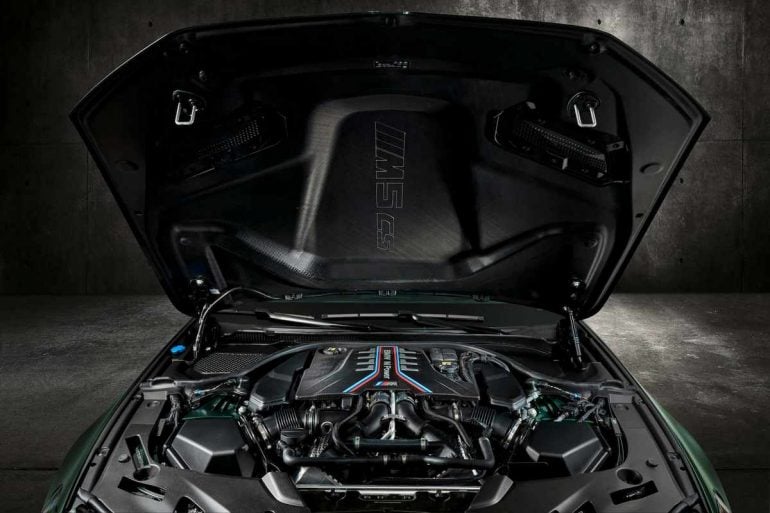 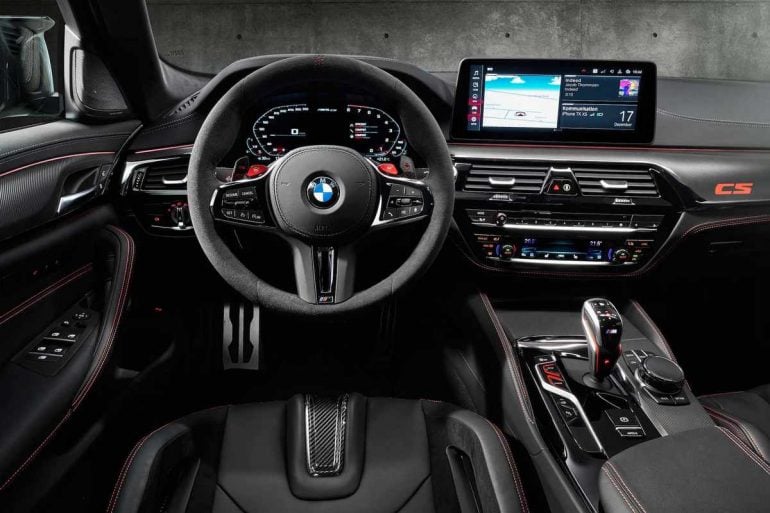 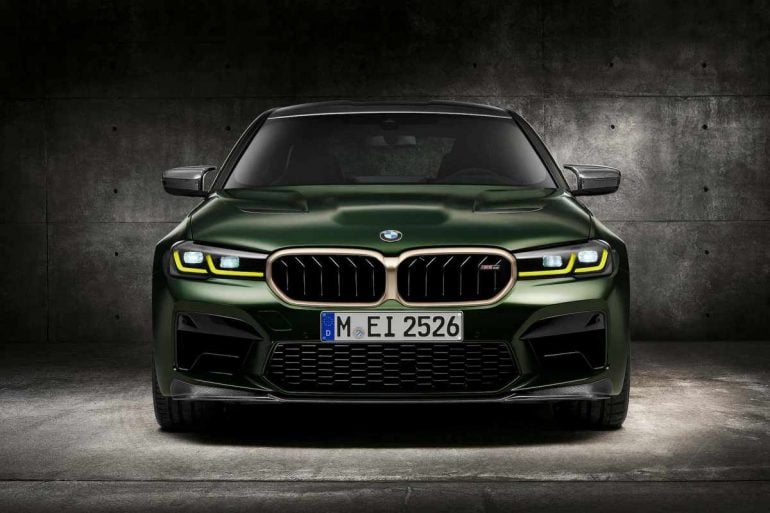