Tesla has launched its own car wrap service through delivery centers. Surprised? I don’t need to remind you that there’s nothing about Tesla that is similar to a traditional car manufacturer. Elon Musk is famous for running the electric car brand as a tech company. From fart noises to games on the infotainment system to Model X’s holiday show mode, all Tesla models have plenty of features that you won’t expect from cars built by any other automaker. However, there’s one element of Tesla which makes it just as boring, if not more, like traditional auto giants – the lack of interesting exterior color options for its cars. The range-topping Model S has the maximum number of paint options for its customers to choose from and there are just 5. This is one thing Tesla fans have been complaining about for a long time. The reason behind it is a limited number of color options streamlines production and repairs at service centers, which in turn increases profitability. However, launching its own wrapping service will help its customers to personalize their cars even before taking delivery of it. 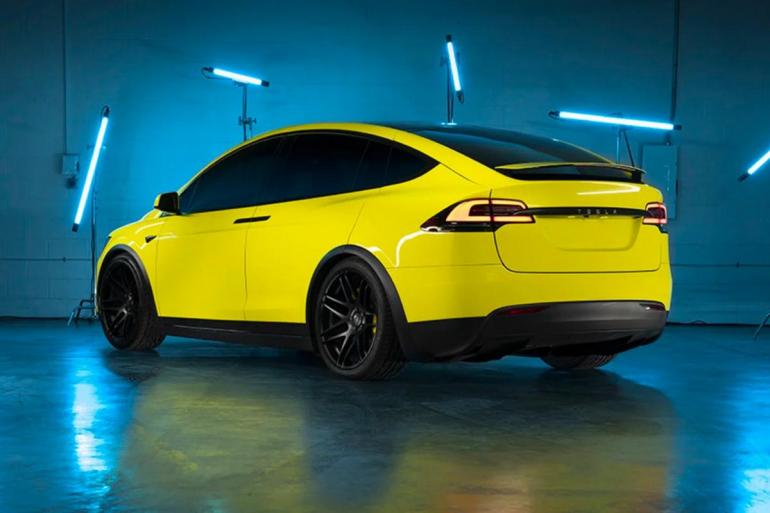 It’s not like people were not getting their Teslas wrapped before. A simple search on the internet will return you countless results of third-party entities offering wrapping jobs. But getting it done from the delivery center by the manufacturer makes it completely different. However, there is one caveat. The service has only been introduced in China currently and available for Tesla buyers in Beijing, Shanghai, Guangzhou, Shenzhen, and Suzhou. There’s no word if the service will be expanded to other markets as well. It will also be interesting to see how people react to this as many automobile enthusiasts look down upon wrap jobs as a cheap alternative to proper paint jobs.