It isn’t easy to keep a 464 feet long megayacht costing $500 million out of sight. After losing his superyacht Lady M and a Sardinian property worth $116 million, Russian steel billionaire, Alexei Mordashov has managed to descend one of the world’s biggest superyachts, Nord yacht home to the port of Vladivostok. 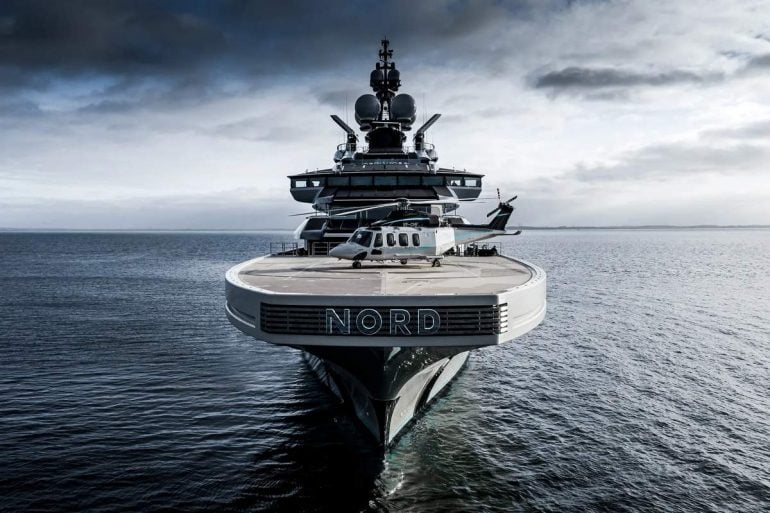 Many luxury vessels have bid adieu to popular Mediterranean hot spots in the wake of the sanctions imposed on Russian oligarchs. Due to Western restrictions imposed on some of Russia’s wealthiest citizens, some have passed from sight. Alexei Mordashov features among Russia’s top richest people and owns the captivating Nord Yacht.


Nord’s most striking feature is its design. Lürssen built the 464-foot behemoth in Germany. The six-decker beauty features 20 luxurious cabins for 36 guests. This feature-rich vessel has a large swimming pool, Jacuzzi on the sun terrace, spa, diving center, cinema, beach and barbecue area, and tender garage. The cynosure of the Nord has to be its two helipads on the bridge deck level. To comprehend the magnificence of the Nord superyacht, one needs to hear it straight from Dan Lenard of the Italian design studio Nuvolari & Lenard. 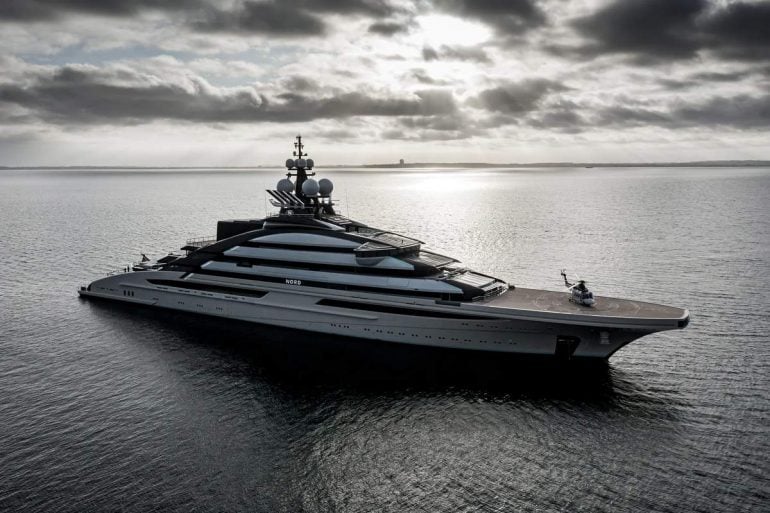 He described, “Nord was designed with one idea in mind: she must cause strong emotions in every observer, not only through her sheer size but with the design itself. No one should be left indifferent,” says Lenard. “Whether you like the design or not, it must strike you. Nord is a serious ship first and foremost, but she also transcends the traditional language of yacht design. She is a warship wearing a tuxedo, an explorer with the elegance of a gentleman’s yacht. We have entered a new direction in serious yacht design.” Billionaire or not, no man can assimilate the loss of such an asset. 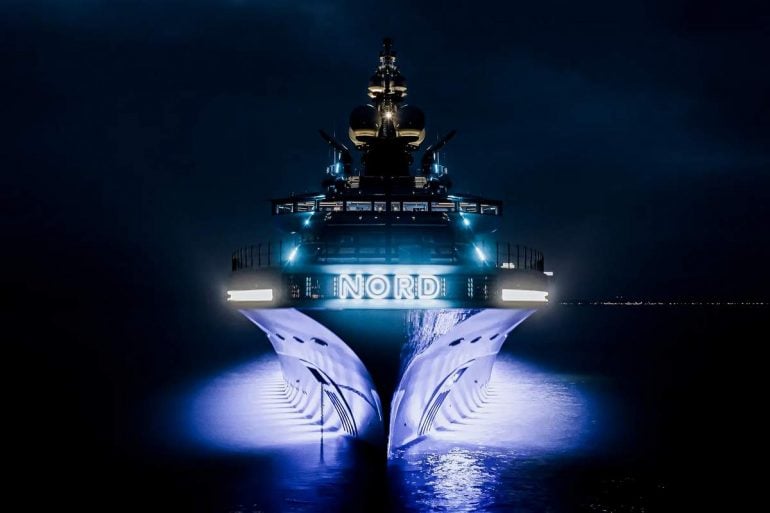 The rag-to-riches oligarch managed this feat by possibly turning off the transponders, making leaving European resort towns easier. These yachts are then directed towards the Middle East, where they encounter less scrutiny. As reported by Bloomberg, the Nord megayacht is currently in the South China Sea and headed to Vladivostok, a Russian port city near Japan. It is a well-known international maritime regulation that all ships or superyachts have to broadcast their positions to other vessels and coastal authorities regardless of size.


Turning off the transponders makes tracking these vessels challenging and increases the fatal risk of accidents as it masks the ship’s presence. The devices, called automatic identification systems or AIS, are supposed to be in operation to avoid such catastrophe.
For Alexei Mordashov, the biggest tragedy would be losing the Nord yacht to sanctioning governments. This month has proved to be incredibly arduous for Mordashov as Italy seized a $116 million building complex located in Portisco on the Mediterranean island of Sardinia. Before the Sardinian asset, the Italian officials had taken his after $71 million, 215-foot yacht, ‘Lady M.’
Tags from the story
Billionaires, Russia, Yacht