The madness of pulling off foolish stunts on YouTube to garner views and likes has comfortably crossed the threshold of ridiculousness; and, no one does it better than Russia’s super-rich influencers. After disturbing stunts such as dropping a Mercedes-AMG G63 from a helicopter or burning an AMG GT 63 S down to a crisp, the latest viral video to come from the land of vodka shows a brand new Porsche Taycan Turbo S smash through the dealership’s glass front. Interestingly, this publicity stunt was done by the same YouTuber named Mikhail Litvin, who gave the GT 63 S a fiery death. The last time around, the high-performance Mercedes sedan was apparently destroyed as a protest against the major reliability issues the dealer wasn’t able to fix. On the other hand, the Porsche supposedly became a victim of its noise-free electric powertrain, and the Russian mistakenly pressed on the throttle, unknowing that it was switched on and was in drive. We believe you, Mikhail.

The video begins with three actors portraying Lenin, Stalin, and Putin, who tell the YouTuber to live his life to the fullest, regardless of what others might say. He then steps into the Porsche dealership to check out different models. He then finds the Taycan Turbo S parked right in front of the glass windows and steps inside the electric sports sedan. That’s when the carnage happens, and the brand new Taycan smashes through the windows. Thankfully, the car wasn’t wrecked for filming this stunt and appears to be easily fixable. The video has already received more than 4 million views in the last two days. But we aren’t surprised. 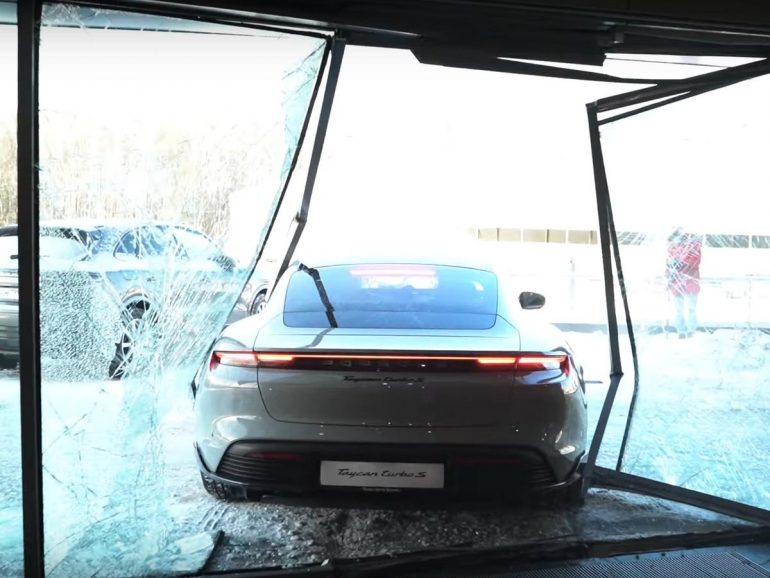 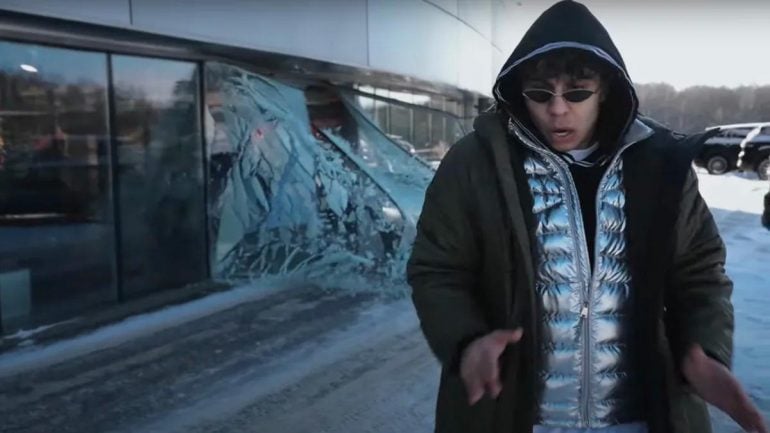 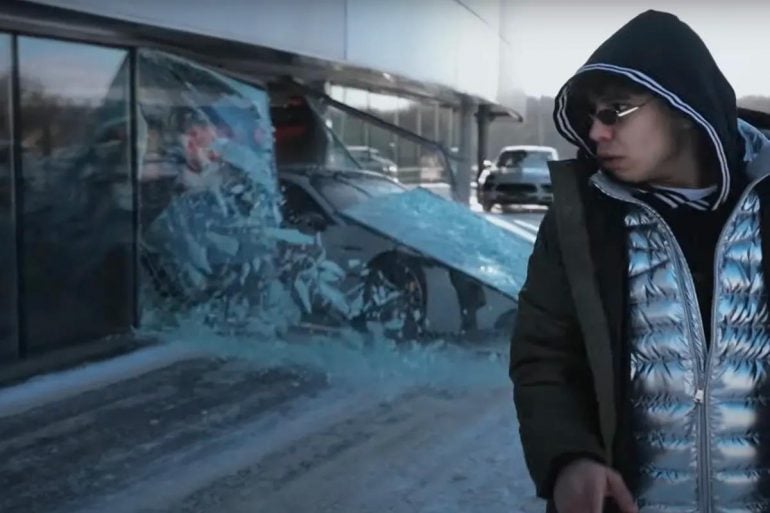