Aston Martin has lifted the veil off the last ever V12 Vantage. What that means is the Vantage model line will never again be equipped with a mighty twelve-cylinder engine, which makes us sad. Nevertheless, the final V12 Vantage looks like a worthy send-off to the flagship version of the sports car. Calling it the “fastest” and “fiercest” V12 Vantage, the British marque has thoroughly updated the model to give it more power and performance. Starting with the powertrain, the new V12 Vantage gets the automaker’s twin-turbo 5.2-liter V12 which can also be found in DB11 and the DBS Superleggera. The engine is tuned to produce 690bhp and 555lb-ft of torque, which are identical to the new Vantage-derived V12 Speedster. 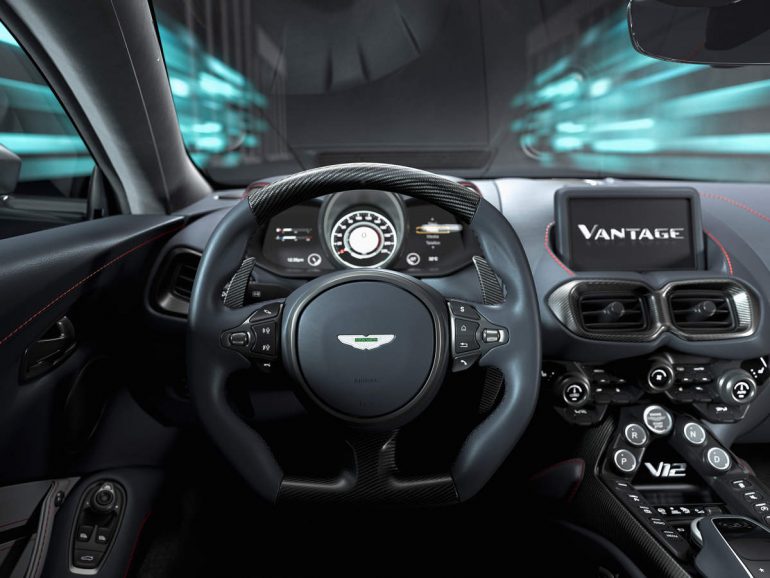 Aston Martin was able to shave off considerable amounts of weight by using several different weight-saving measures, including extensive use of carbon fiber for making the front bumper, hood, front fenders, and side sills. Even the rear deck lid is also made of carbon fiber. Additionally, the new 21-inch alloy wheels have further resulted in a weight saving of 18 lbs. Tipping the scales at 3,957 pounds, the new V12 Vantage has an impressive power-to-weight ratio of 385hp per one metric ton, offering a 20 percent advantage compared to the V8 model. Aston claims the sports car can accelerate from 0-62mph in just 3.5 seconds and hit a top speed of 200mph. 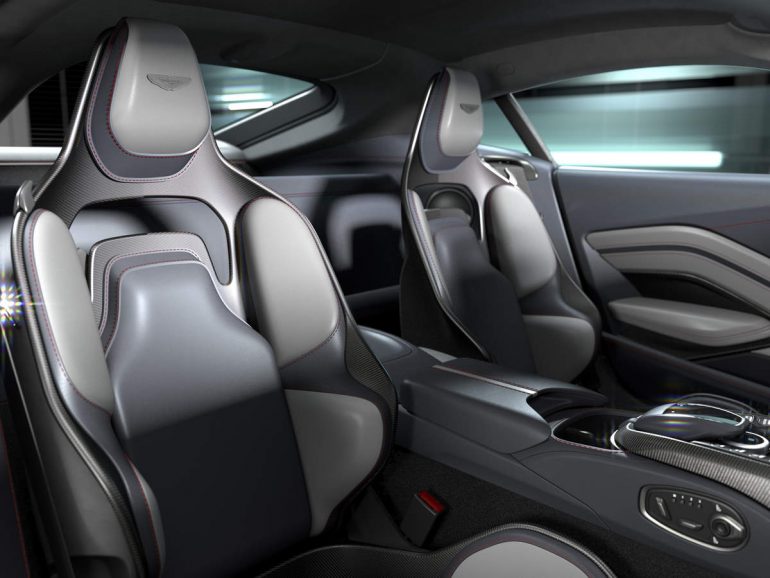 Other highlights of the new V12 Vantage include a wider track than the regular V8 version for better cornering ability and stability, a new full-width front splitter along with a unique diffuser, and a completely new rear wing. The revised aero elements claim to offer 450 lbs of downforce at top speed. It also gets a new adaptive suspension featuring redesigned anti-roll bars, bushings, and spring and damper assemblies. Furthermore, it comes with carbon-ceramic brakes as standard equipment. An optional Comfort Package adds insulation to lower NVH (noise, vibration, and harshness) levels along with a parcel shelf and divider. Aston Martin will make only 333 examples of the new V12 Vantage and all of them have already been sold. 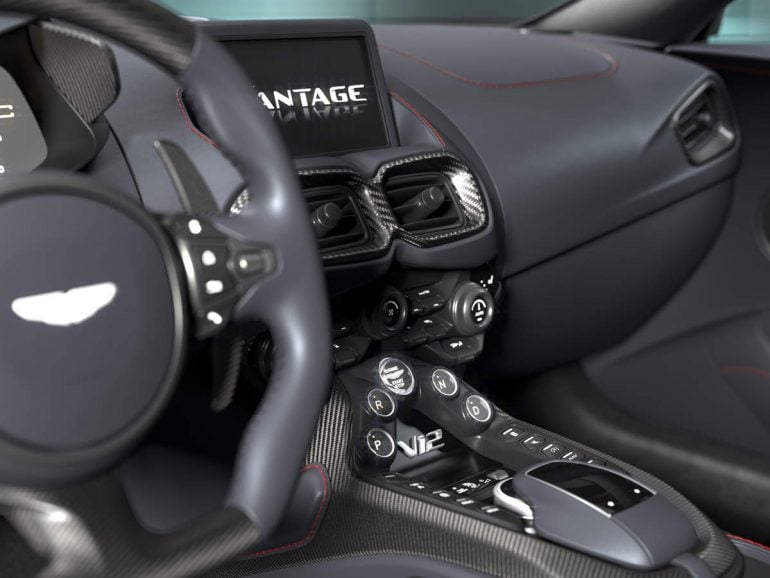 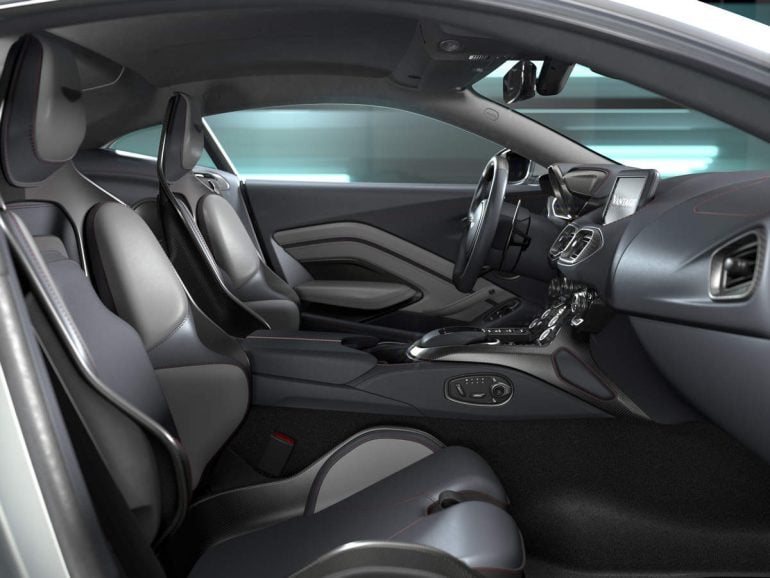 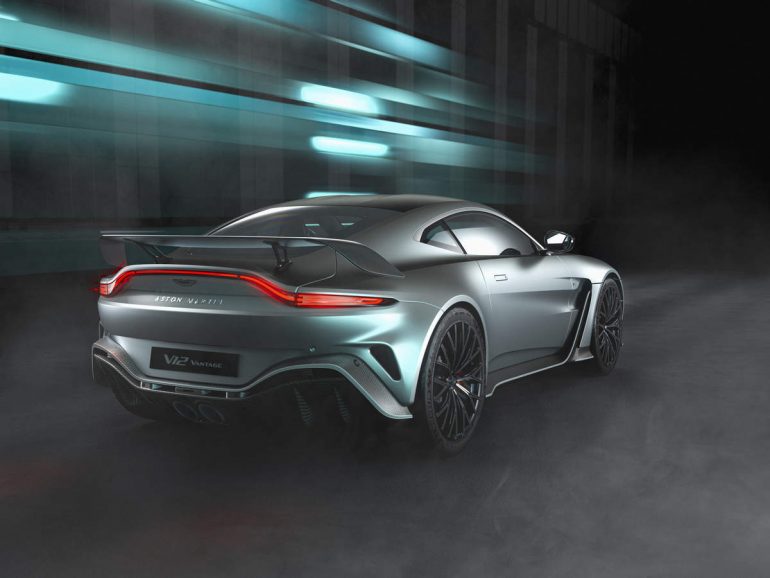 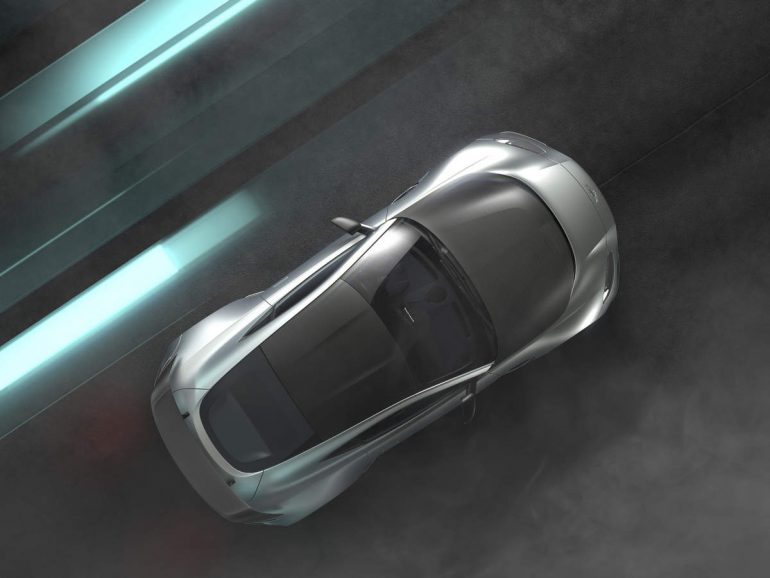 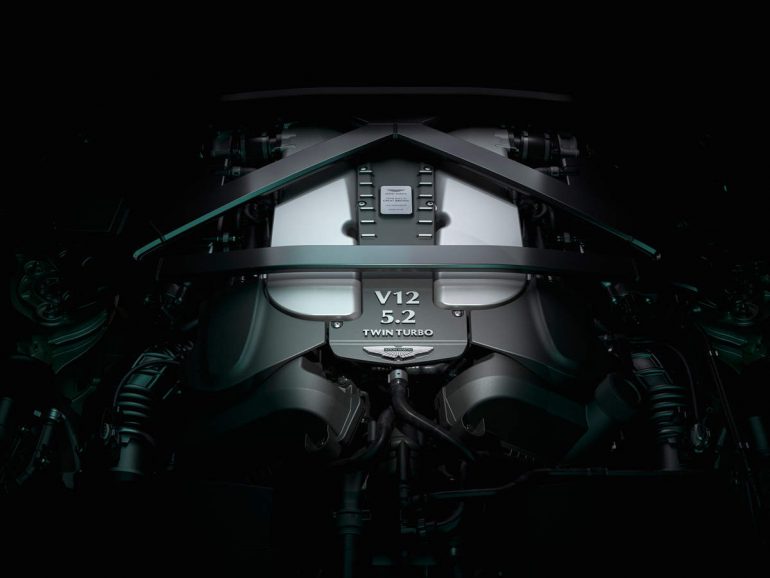 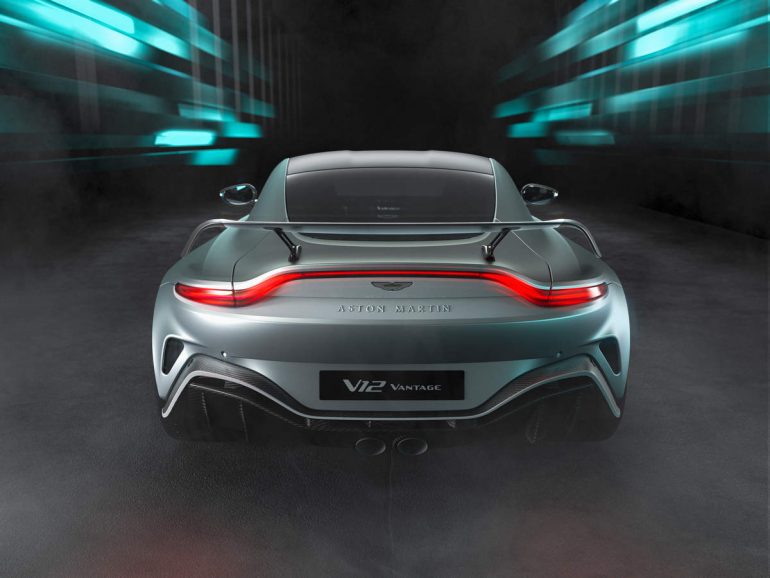 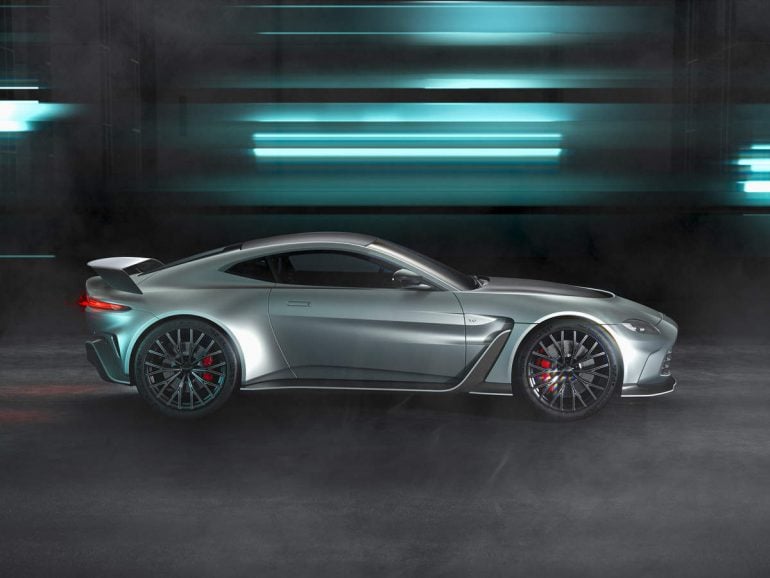 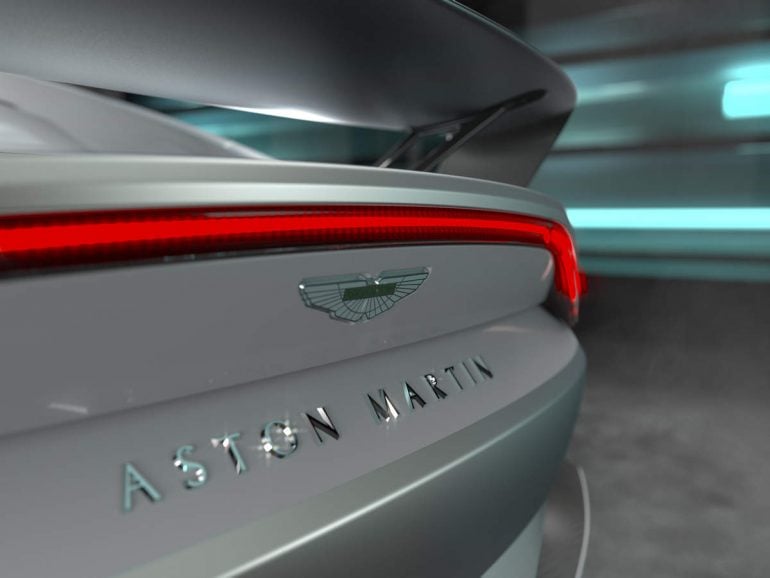