The origins of German automobile manufacturer Audi are a little more complex than your usual automaker. In the early 20th century, an engineer by the name of August Horch founded Horch and the Audiwerke to build luxury cars. Two other manufacturers, DKW and Wanderer, merged with them in 1932 to form the Auto Union, which later became Audi as we know it today. The Horch name is very important in Audi’s history and the brand has decided to revive it for high-end models that will directly compete with the Mercedes-Maybach line-up of ultra-premium offerings. The first Audi of the modern era to wear the nameplate is the A8 L Horch – a model that has been designed and developed specifically for China. 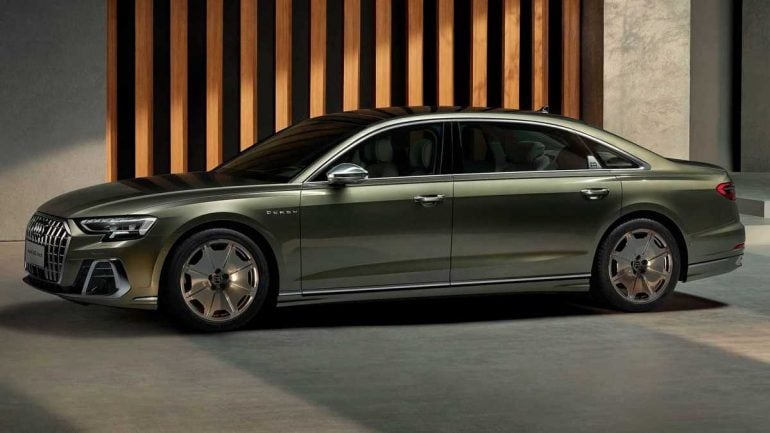 The Audi A8 L Horch has been officially revealed ahead of its public debut next month at the 2021 Guangzhou Auto Show. Just like the new Mercedes-Maybach S-Class, the Audi A8 L Horch will offer more space inside the cabin along with a host of other upgrades over the standard model. Measuring 5.45 meters long, the Audi A8 L Horch’s wheelbase has been elongated by 5.1 inches. The extra wheelbase opens up more space in the rear section of the cabin. In addition to special Horch badging, the flagship model gets exclusive paint options and 20-inch polished monoblock-style wheels that look awfully similar to the ones on the Maybach. Digital Matrix LED headlights and OLED taillights are offered as standard features. 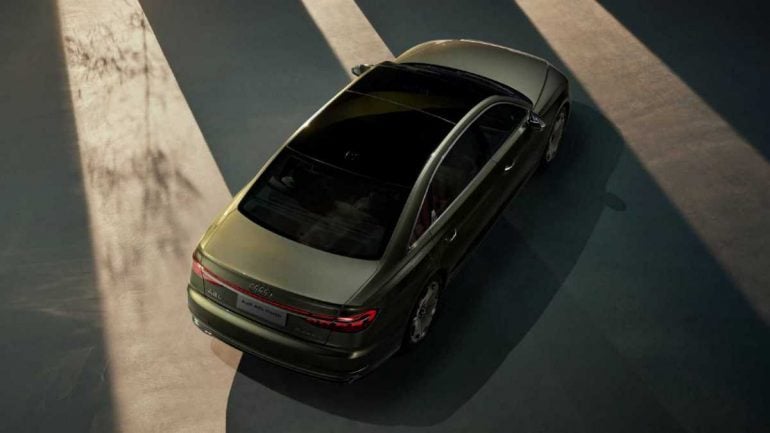 Inside the cabin, the Audi A8 L Horch gets a B&O 3D stereo sound system, in-car fragrances, and a negative ion air purification system. The seats and door panels feature unique diamond quilting, while the entire cabin is wrapped in top-shelf materials. A long center console between the two rear seats houses a fridge, cupholders, and special glasses, and an armrest with a touchscreen and a set of controls for the adjustable seats. Under the hood is Audi’s 335-horsepower turbocharged V6 engine that is assisted by a 48-volt mild-hybrid system. However, the. German automaker might add more engine options later. There’s no word if the Horch model will make it to Europe, but we don’t see it being launched in the US. 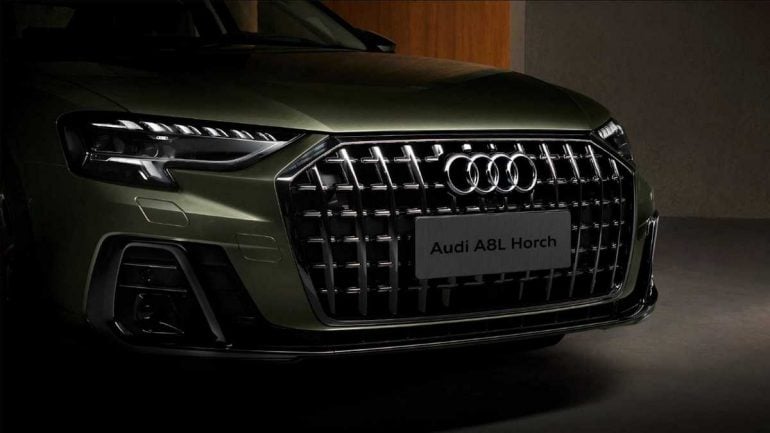 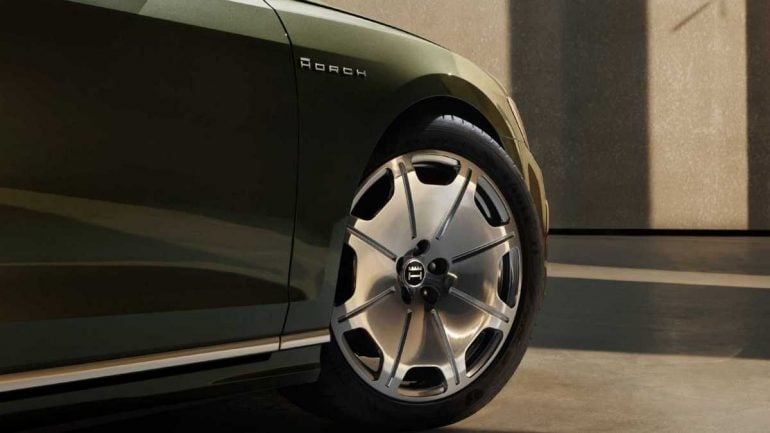 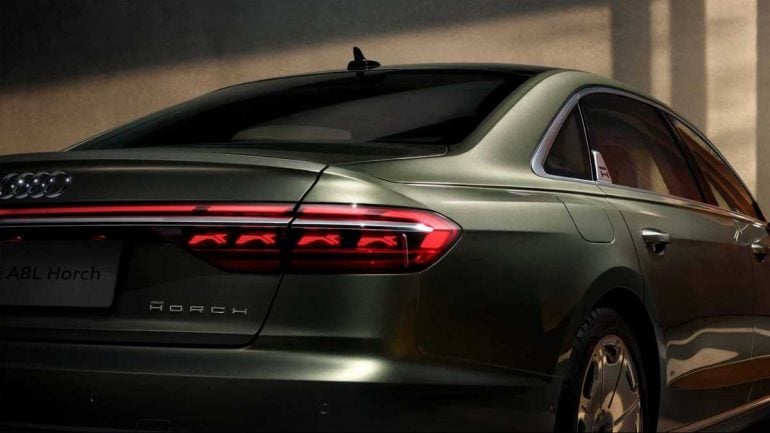 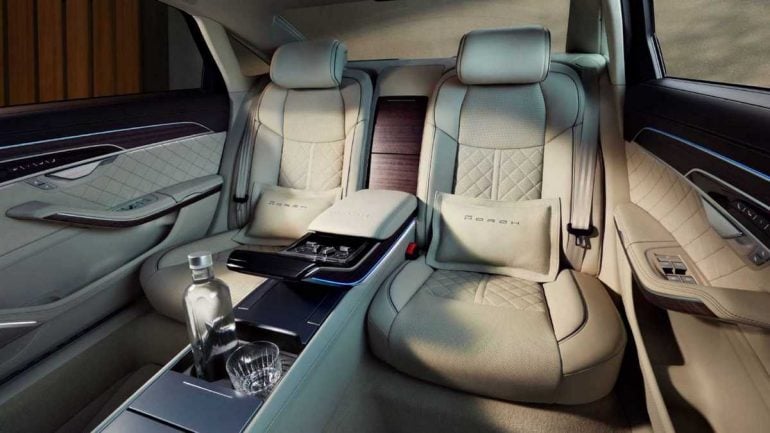 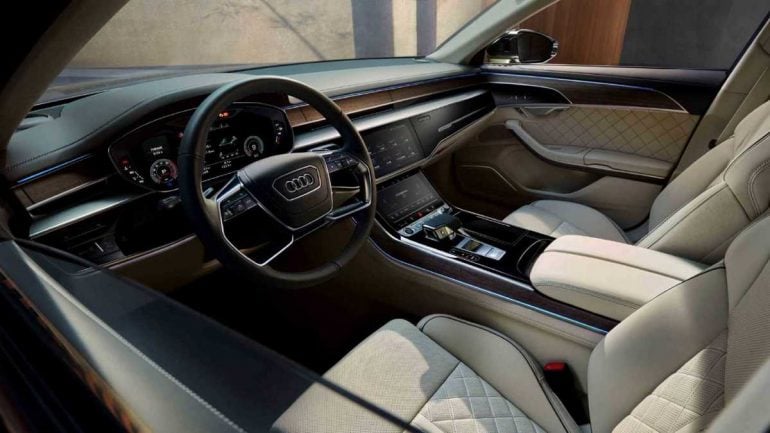 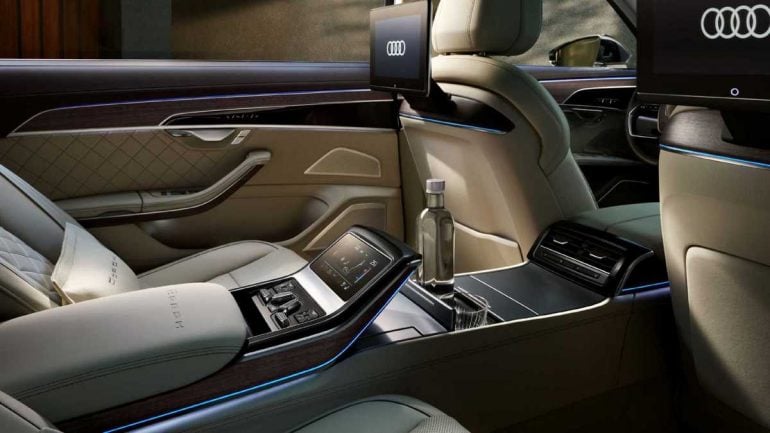 Tags from the story
Audi, China