American supersonic aircraft maker Boom Technology has revealed a redesigned version of its flagship aircraft, the Overture. Unveiled on the second day of the Farnborough Airshow, the updated Overture supersonic jet arrives with a number of crucial improvements over the original design that debuted a few years back. According to the company, the redesigned Overture jet is the product of 26 million core hours of simulated software designs, five wind tunnel tests, and the evaluation of 51 complete design iterations. The company’s founder and CEO Blake Scholl said: “Aviation has not seen a giant leap in decades. Overture is revolutionary in its design, and it will fundamentally change how we think about distance. With more than 600 routes across the globe, Overture will make the world dramatically more accessible for tens of millions of passengers.”

It has been more than 50 years since the iconic Concorde took to the skies for the first time and almost two decades since its last flight. Despite all the technological advancements, we are yet to bring back supersonic passenger air travel. However, the Boom Supersonic Overture appears to be the most promising prospect that’ll usher the new era of supersonic travel. Although it’s quite pointless to compare the Overture with the Concorde, which is more than half a century old, the American company claims it has managed to resolve all the issues that killed the Concorde. Here are 5 reasons why the Boom Supersonic Overture promises to be better than Concorde.
1. Much quieter
One of the big reasons that led to the downfall of the Concorde was its noise pollution, which forced many countries to ban the supersonic jet from operating from its airports or flying over it. The redesigned Overture jet has four supersonic engines instead of two, which according to the manufacturer, will produce less noise. Boom says the Overture will cruise at speeds of Mach 1.7 over water with a range of 4,250 nautical miles. Furthermore, Overture will use the world’s first automated noise reduction system for take-off to meet regulatory requirements. It also won’t fly supersonic over land and will only break the sound barrier while crossing the oceans.
2. More efficient
Operating the Concorde was becoming prohibitively expensive for British Airways and Air France as it wasn’t the most efficient passenger jet. In the case of Overture, Boom Supersonic claims that it has refined the design to make it more aerodynamic. Its contoured fuselage has a larger diameter at the front and a smaller diameter towards the rear to minimize drag and maximize fuel efficiency at supersonic speeds. 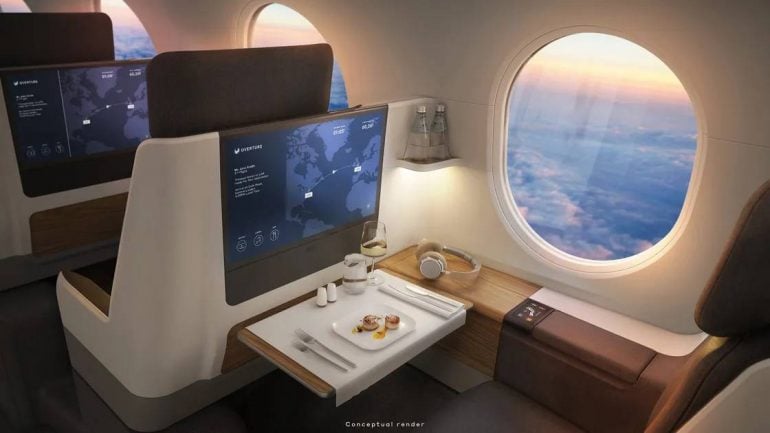 3. Advanced construction
To achieve the complex structure of the fuselage, Boom Supersonic says the Overture will incorporate carbon composite materials in the majority of the build, which will not only make it lighter but also stronger and more thermally stable than aircraft that have traditional metal construction. The lighter fuselage will also help in improving the efficiency of the supersonic jet.


4. Eco-friendly
One of the biggest issues with supersonic jets is the air pollution caused by them. However, Boom Supersonic claims that the Overture will not only be economical to operate but be capable of running on 100% sustainable aviation fuel, with no blends or additives. Boom also says the operations will be net-zero emissions. 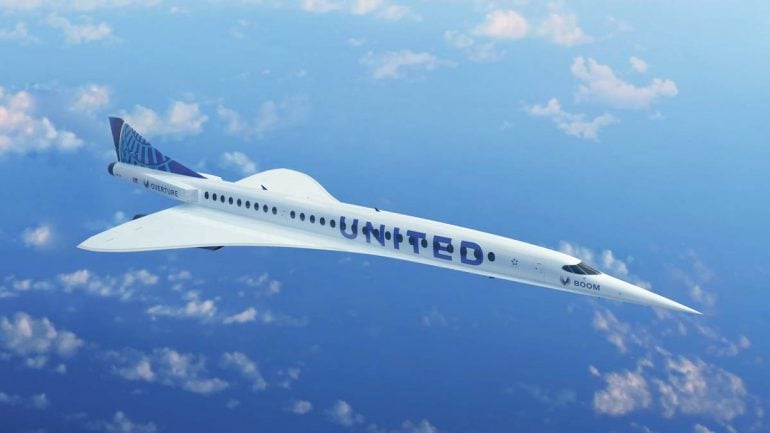 5. Wider application
Air France and British Airways were the only two airline companies that ever operated the Concorde with only 14 aircraft in operation. Boom Supersonic plans to have a wider application of the Overture supersonic jet and has signed an agreement with American aerospace and defense technology company Northrop Grumman. 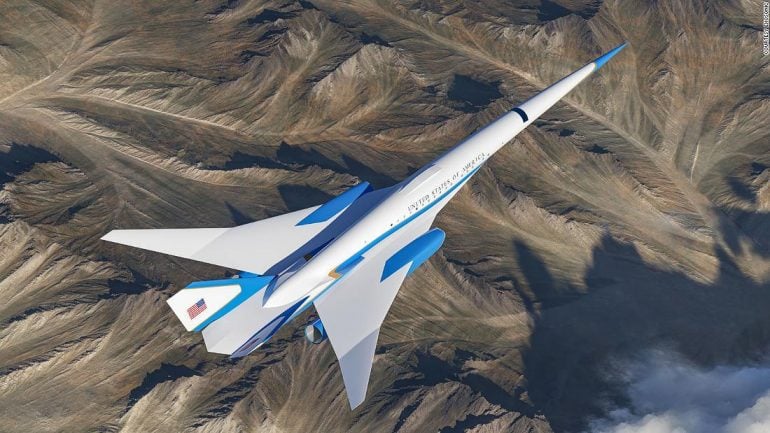 The partnership will spawn special mission versions of the Overture for government and military operations that require rapid response jets. These supersonic jets will be used for quick-reaction surveillance, reconnaissance, mobility, and logistics missions, including emergency medical and troop transport.

Tags from the story
Concorde, Supersonic

Bottega Veneta shop assistant in Italy refuses to sell a jacket to a Russian citizen.…