Bugatti has revealed the final derivative of the Chiron hypercar, which marks the end of the road for the French manufacturer’s illustrious quad-turbo 8.0-liter W16 engine. Behold the Bugatti Mistral, a limited-production roadster that happens to be the first convertible of the Chiron era. According to Bugatti-Rimac CEO Mate Rimac, patrons of the iconic French automaker “begged” for a Chiron-derived convertible. “For the final road-going appearance of Bugatti’s legendary W16 engine, we knew we had to create a roadster. Well over 40% of all Bugatti vehicles ever created have been open-top in design,” Rimac said. The W16-powered road-legal roadster gets its name from a wind blowing from the Rhône River valley. Interestingly, the Mistral name has been used before by Maserati and Nissan. 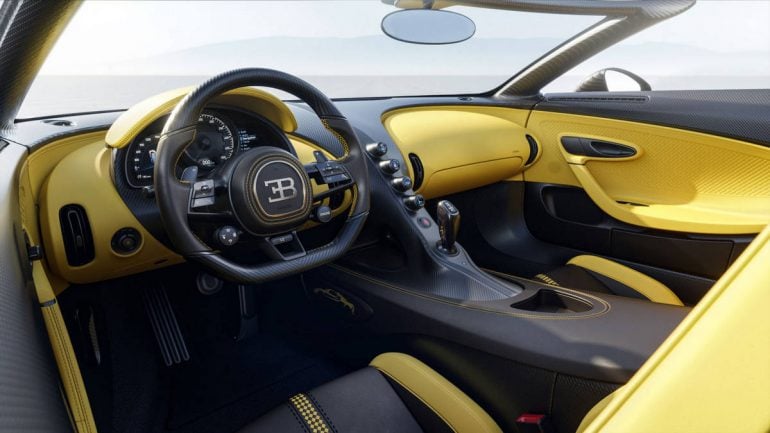 What makes the Bugatti Mistral truly special?
As per the company’s 34-year-old CEO, Bugatti’s next will be a car with a heavily electrified gasoline engine which will be followed by an EV hypercar. As mentioned before, the Bugatti Mistral will be the last road-legal car in the world to be powered by the W16 engine, which is widely regarded as an engineering marvel. What this means is the Mistral might just be a future classic, making it highly sought after amongst collectors. The limited-production Bugatti features the same 1,577-horsepower engine found in the Chiron Super Sport 300+, which helped the hypercar become the first road-legal production car to cross the haloed 300mph mark by hitting a top speed of 304.773 mph in 2019. 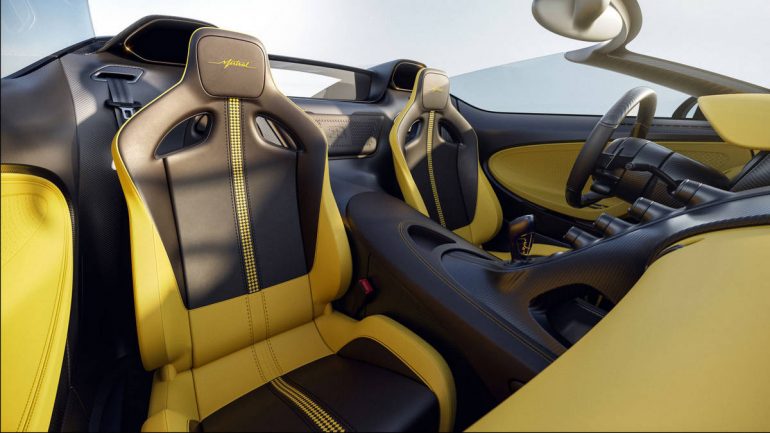 Bugatti claims its aim for the Mistral is to be crowned the world’s fastest roadster. Back in 2013, the Veyron 16.4 Grand Sport Vitesse managed to hit a top speed of 254.04 mph to become the world’s fastest roadster. The French manufacturer has the intention to continue with the legacy by recapturing the title from the Hennessey Venom GT Spyder. With 400 more horsepower than the Veyron, it shouldn’t be a difficult task for Bugatti to better its previous record with the Mistral. However, Hennessey is also vying for the same title with its newly revealed Venom F5 Roadster which has a theoretical top speed in excess of 300mph. It’ll be interesting to see who comes on top; although, Bugatti said a while back it’s no longer interested in chasing records. 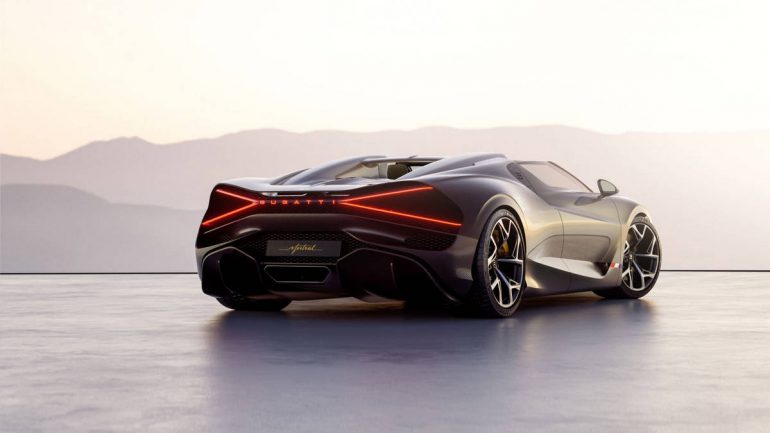 A striking design inspired by iconic Bugatti roadsters from the past
The Bugatti Mistral is definitely one of the most striking derivatives of the Chiron, which also includes the likes of the track-only Bugatti Bolide and the stunning La Voiture Noire. Although it has plenty of design elements that look futuristic, especially the headlights and the X-shaped taillights, the roadster’s styling is said to be inspired by the Type 57 Roadster Grand Raid. The cabin design isn’t radically different from the standard Chiron. However, it does have some special elements to set it apart. The gear shifter is machined from a solid block of aluminum and has wood accents. The shifter also has an amber insert depicting Rembrandt Bugatti’s “dancing elephant” also found on the Type 41 Royale roadster’s hood. Interestingly, the Mistral is the first W16 Bugatti to use woven leather on the door cards. 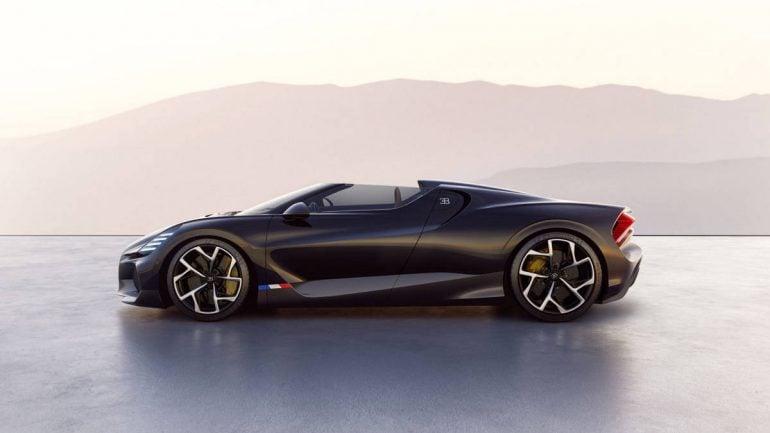 Only 99 examples of the Bugatti Mistral will be made and the deliveries are expected to begin by 2024. Bugatti says the W16-powered roadster is priced north of $5 million. But the price tag is pointless as all the 99 units of the Mistral have already been sold.