If you have two things- a superyacht and close ties to Vladimir Putin, then one thing is sure- your luxury vessel wandering on the seas will be seized. Since March, both the E.U. and the U.S. have been seizing property from Russian oligarchs with utmost enthusiasm. Russian aluminum tycoon Oleg Deripaska fulfills the above criteria and owns the elegant 240-foot yacht, Clio. In the lure of saving his stunning Lurssen ship from seizure, the sanctioned tycoon has changed the course of his $65-million yacht to the coast of Turkey. According to Marine Traffic, the vessel is now in the Aegean sea and is headed toward Greece.

As per the tracker, the ship is sailing toward Greece after halting in a bay near the Southwestern Turkish resort. Since the start of the conflict, Turkish waters have proven to be a safe refuge for most Russian-owned superyachts. Roman Abramovich’s $600m superyacht Solaris was found aimlessly cruising on the high seas to avoid seizure before finding temporary shelter in the ports of Turkey.
The Chelsea. F.C owners’ beloved $700 million megayacht Eclipse seems immune from E.U. authorities as it has been comfortably docked in Turkey for more than 24 days now. How long will Deripaska’s yacht stay anchored safely in Turkey is unknown, but like all the other Oligarchs yachts, this one is also built with one motive in mind and that is luxury.
The Clio megayacht:
The 240-foot Clio set sail in 2004 and was specifically built for long voyages and self-sufficient living. Espen Øino drew her exterior, and the extravagant interiors are credited to Donald Starkey. The stylish ship is built with a Teak deck and a steel hull housed in an aluminum superstructure.
It flaunts an imposing 14 meters beam, making ample space for nine staterooms and several luxurious amenities. The megayacht boasts a grand living area flanked by a well-stocked bar, a grand piano, a formal dining area, and several seating areas akin to a 5-star hotel.
The sun deck looks like the best place to relax as it flaunts a circular pool/Jacuzzi next to a bar where sunbathing and cocktail-sipping come together. The bathrooms are incredibly opulent, right out of a palace with OTT marble walls, woodwork, and glass.
The owner’s suite has a sprawling master bedroom, a private balcony overlooking the blue waters, and a small office.
Clio is peppy with a top speed of 18.0 kn, and a cruising speed of 16.0 kn, with power coming from two MTU diesel engines. A crew of 21 manages the vessel formerly known as Queen M and Queen K.
Who is Oleg Deripaska:
This Russian industrialist, worth $3 billion, is the founder of Basic Element, one of Russia’s largest industrial groups, and Volnoe Delo, Russia’s largest charitable foundation. According to Forbes, he was the wealthiest person in Russia and the 9th richest in the world in 2008 before nearly losing it all due to crashing markets and heavy debts. Deripaska quoted, “I started my business in a unique time – one country was gone, and the other had not yet appeared. The first gave me the opportunity to get a wonderful education, the second, to succeed.” 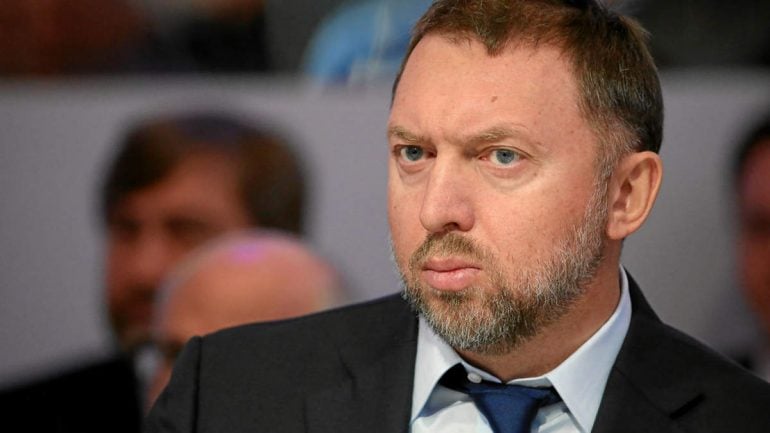 Deripaska started his business journey at 25, when he partnered with engineers and rocket scientists and set up his first metal trading company, VTK. In 1997, he founded Sibirsky (Siberian) Aluminium Group, which merged with Roman Abramovich’s Millhouse Capital to create RUSAL. The company then went on to become the largest aluminum producer in the world. 2018 wasn’t easy on him when the U.S. Department of the Treasury’s Office of Foreign Assets Control imposed sanctions against Deripaska and some of his companies.