Superyachts can be surprising; a case in point is the 72-foot yacht Aldabra, owned by Russian oligarch Dmitry Mazepin. The vessel was moored in the port of Olbia since March, when Mazepin was named on the sanctions list by the EU. The $1 million motor yacht mysteriously vanished into thin air from the Italian island of Sardinia. The beautiful boat was seized by authorities along with the luxurious villa Rocky Ram on the Costa Smeralda. Gone are the days when superyachts only went dark. Thanks to motoryacht Aldabra, frozen by the Italian authorities, luxury vessels are now pulling off a new stunt of disappearing from the port. 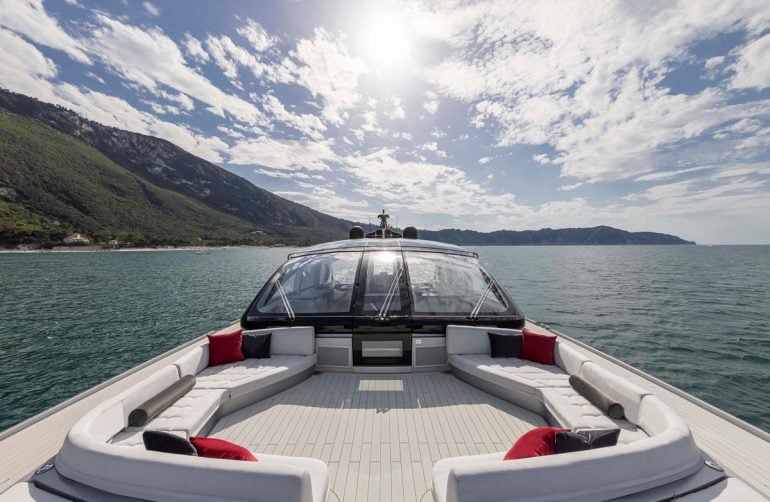 Per The Guardian, the yacht disappeared hours before it was officially confirmed as belonging to Mazepin. “Mazepin knew he was on the list but managed to make the most of the period during which we were working to establish that the boat belonged to him, as we had to investigate the chain of ownership,” said a source at Sardinia’s financial police squad.


“We were in the process of confirming [the ownership] when it was taken away.” The ship’s wealthy owner roped in a foreign company and a Sardinian captain to get his pleasure craft away from Italy.
What motoryacht Aldabra lacks in size, it makes up for in stealth. While Olbia’s finance police are unaware of the whereabouts of the yacht, they discovered the yacht made a stopover at the small port of Bizerte in Tunisia.
This is the first time a Russian oligarch with assets frozen in the country has managed to dodge the EU sanctions. “This yacht had never even left Sardinia before,” said the police source. “So you can see an attitude that was evidently aimed at subtracting it from the rules.”
The stealthy luxury boat Aldabra-
A luxury boat like Aldabra is the kind that occupies screen time in action-packed James Bond movies. The ISA Super Sportivo 100ft GTO looks incredibly sharp with a sporty design and carbon fiber hull and cuts through the waters owing to a lightweight carbon superstructure. She flaunts a maximum speed of 55 knots and is powered by three 2,000 hp MAN engines and hydro jet propulsion. Aldabra yacht offers accommodation in 3 to 5 guest cabins and has separate rooms for the crew.
Russian oligarch Dmitry Mazepin-
The fertilizer tycoon is also famous as the father of former Formula-1 driver Nikita who was once with the American Haas F1 Team. The 1968-born businessman is the largest shareholder of Russian fertilizer companies Uralchem and Uralkali. In recent years his net worth has dropped to nearly $800 million. The European Union imposed sanctions on Dmitry Mazepin in March 2022 on speculations that he is part of Putin’s inner circle.
Tags from the story
Italy, Yacht