It was in 2011 when Italian motorcycle manufacturer Ducati secured its first win at the Pikes Peak International Hill Climb with motorcycle racer Carlin Dunne. The American went on to become the first motorcyclist to break the 10-minute barrier on the famous mountain course and grab the title four times. However, the racer tragically died after crashing a Ducati’s prototype Streetfighters at Pikes Peak 2019, just a few corners away from the finish line, which ultimately made the race organizers ban motorcycles at the storied hill climb that’s often referred to as “Race To The Clouds.” As a way to celebrate Dunne and the team’s success at Pikes Peak over the last decade, Ducati has introduced a special edition version of the 2022 Multistrada V4. 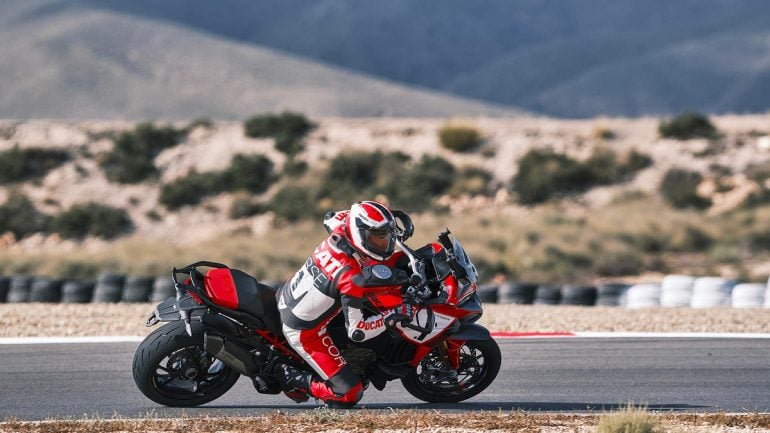 The new 2022 Ducati Multistrada V4 Pikes Peak is the sportiest Multistrada ever built, which arrives with chassis modifications, a potent four-cylinder engine, and a special livery. First up are the forged aluminum 17″ Marchesini wheels that are fitted with sticker tires to offer a high-performance riding experience. It borrows the Öhlins Smart EC 2.0 suspension system from the Panigale V4 S, which automatically adjusts a number of parameters according to the riding and conditions. Thanks to various carbon fiber components, the Pikes Peak edition is nearly nine pounds compared to the Multistrada V4 S. Additionally, the ergonomics have been also altered for sportier performance, a lower and narrower handlebar along with the footpegs placed higher and further back. 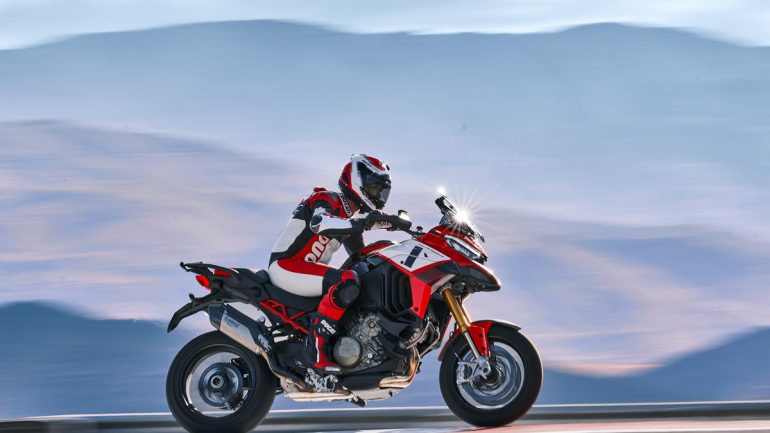 Powering the special edition is Ducati’s V4 Granturismo engine. The 1.2-liter 90-degree V4 produces 170 horsepower and 92 pound-feet of torque, while it weighs only 147 pounds. The Akrapovič exhaust system is made out of titanium and carbon fiber. For better braking performance, the Pikes Peak edition’s braking system is derived from the Panigale V4. The color scheme of the special edition is inspired by Ducati’s MotoGP racing bikes along with the motorcycles that previously raced at Pikes Peak. The 2022 Ducati Multistrada V4 Pikes Peak is priced at $28,995, making it the most expensive Multistrada ever. The special edition will be made in limited numbers are will hit the dealerships in the US in February 2022. 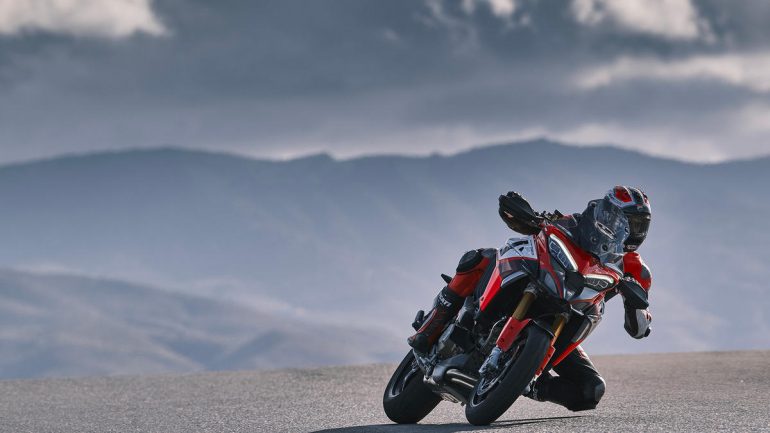 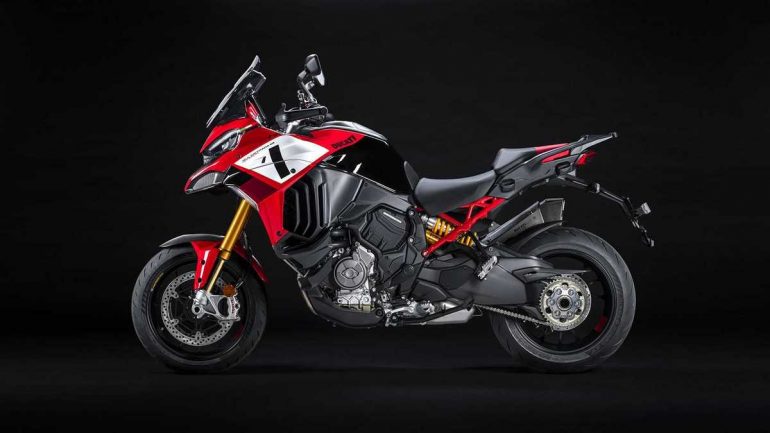 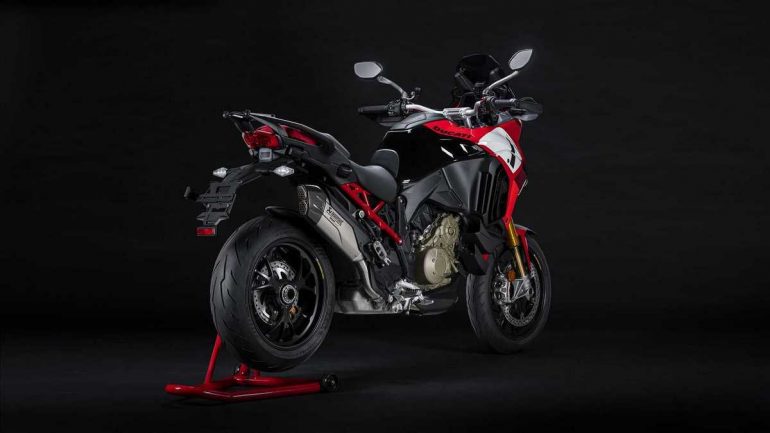 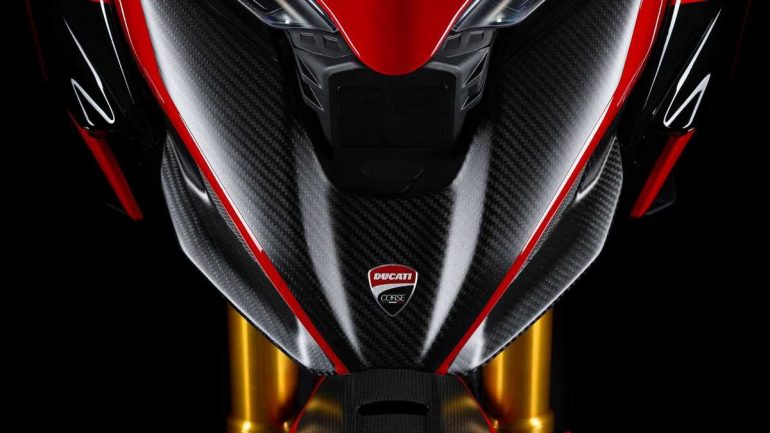 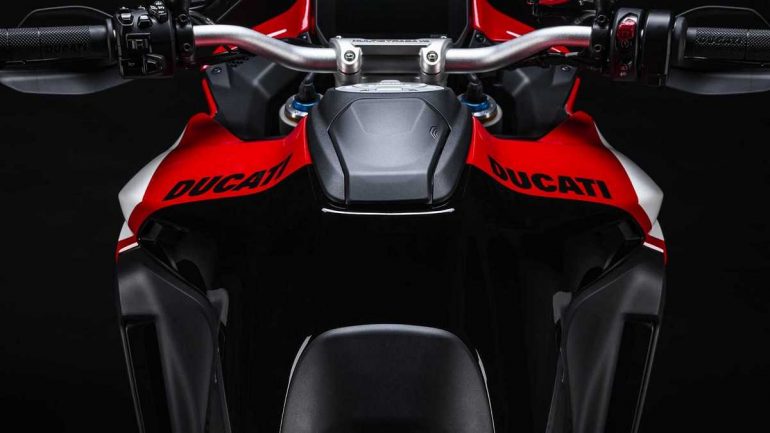 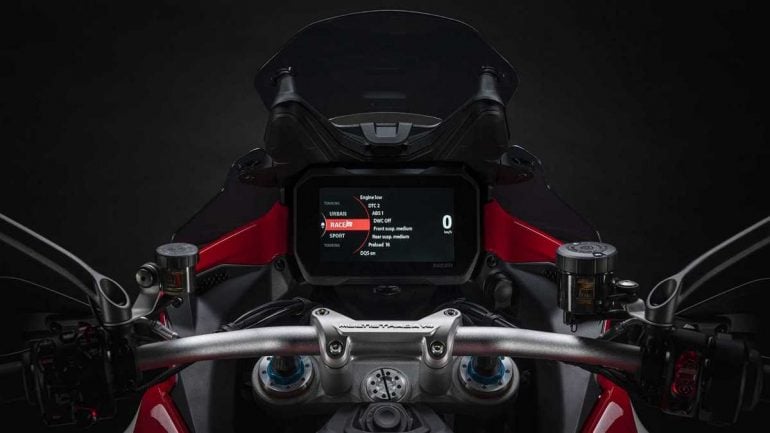 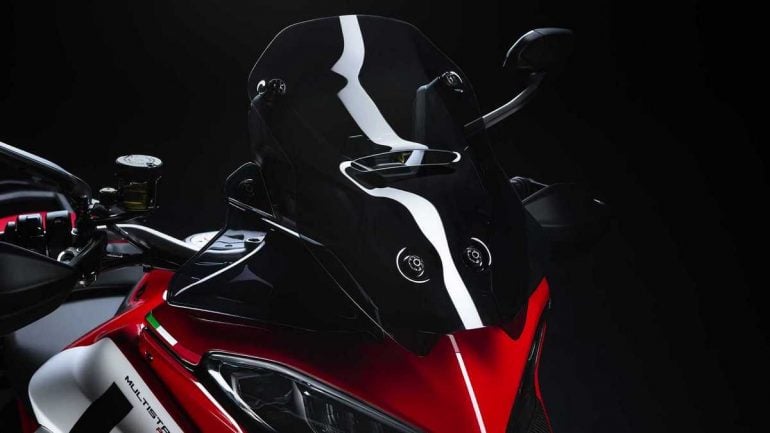 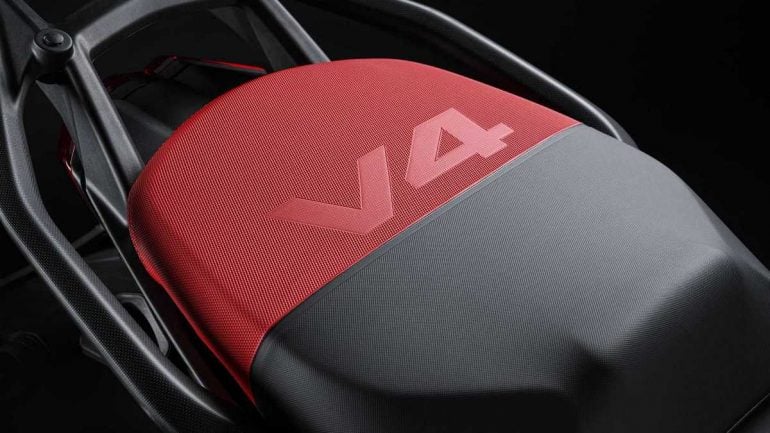 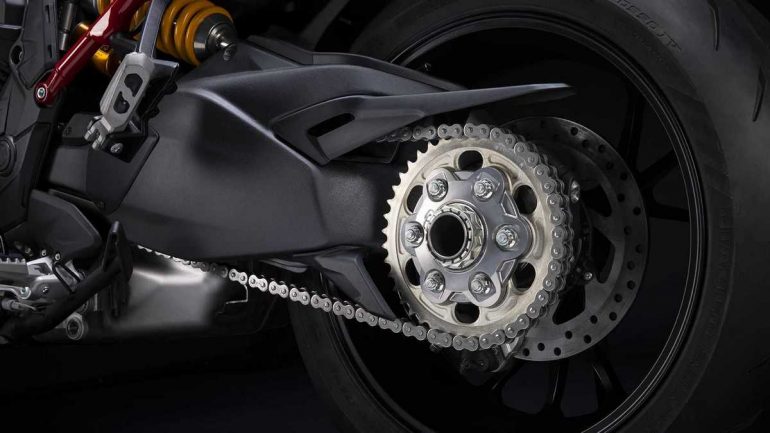 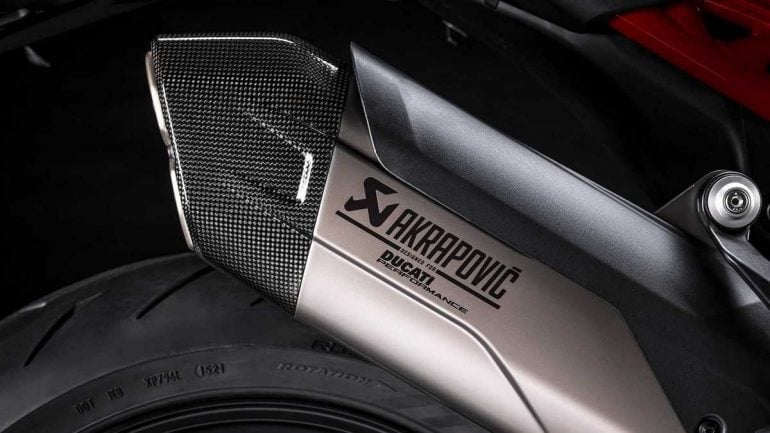