Intelligent or self-driving cars have been a common theme in sci-fi movies for a long, long time, but fully autonomous vehicles are no longer a thing of the future. All Tesla vehicles being currently produced already have the necessary hardware needed for full self-driving capability and Uber’s experimental self-driving cars have been on the streets since last September. And very soon, California might see driverless electric shuttles plying on its roads. A pair of fully-autonomous $250,000 buses began driving around an empty San Francisco Bay Area parking lot on Monday, preparing to move onto a local public road in California’s first pilot program for a self-driving vehicle without a steering wheel or human operator. 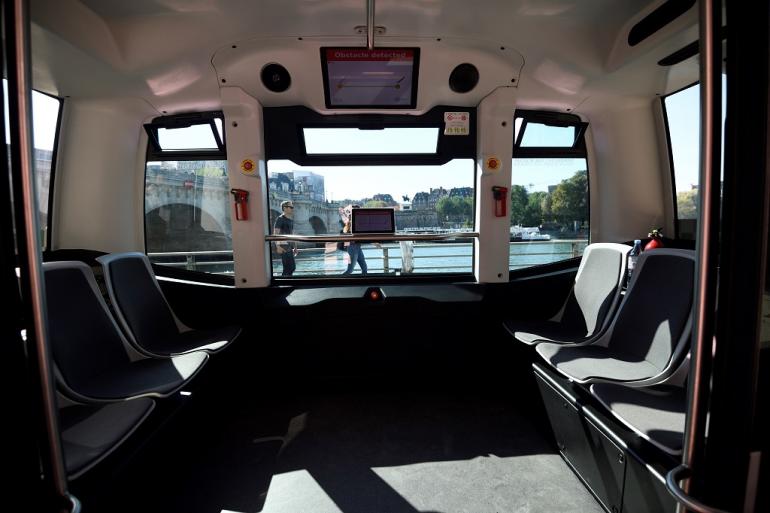 The EasyMile EZ10 is a 12-person electric shuttle capable of driving at speeds up to 30 mph without an operator. Similar to Uber’s self-driving Volvos, the EZ10 use cameras, lidar, and highly accurate GPS sensors to operate, but does not have a human safety driver or even a steering wheel on board. Instead, it relies on fleet-management software for remote monitoring and control. The pair of EZ10s completed tests at GoMentum Station, an autonomous vehicle testing center on an old naval weapons base in nearby Concord, and now are being tested at the Bishop Ranch business park in San Ramon, 35 miles east of San Francisco. The trials will be conducted for a few months before operators apply for Department of Motor Vehicles approval under the new law. The vehicles are expected to hit the local street late this year or early in 2018.

Tags from the story
California, Electric-Cars