Is it a Ferrari or a yacht? It’s both! Italian studio Lazzarini Design is back to sir up the quaint waters by trotting a prancing horse over them. The sleek hyper yacht inspired by Ferrari, Gran Turismo Mediterranea (GTM), looks like its rapid counterpart and has room to carry it in the back. This 88-footer pays tribute to the Prancing Horse’s fast touring cars by donning Ferrari’s instantly recognizable Rosso Corsa red. The superstructure is composed of light carbon fiber that is extensively used by the Italian car manufacturer.

The GTM doesnt cease to flaunt the Ferrari angle, evident from the badge on the front, though it’s not an official design. This horse-of-a-hyperyacht is powered by a hybrid propulsion system comprising a trio of MAN v-12 engines. It also features an Arneson transmission and a central Hamilton Jet drive for propelling the sea-beast into high speeds, according to Yanko Design. The racing car-inspired cockpit is fitted with pilot seats and gullwing doors. 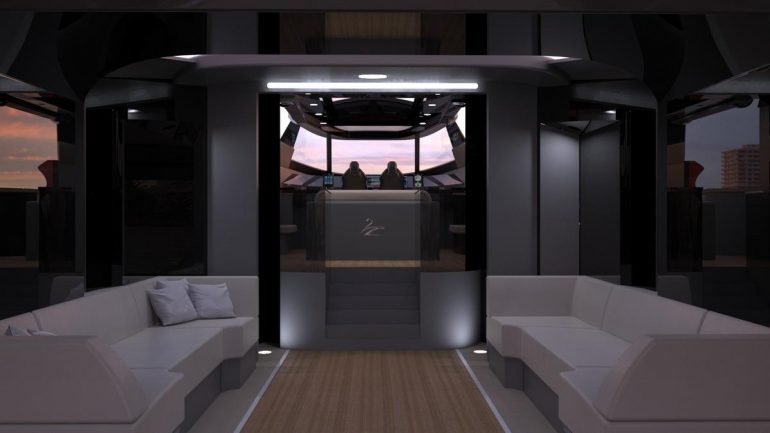 The atrium lounge next to the pilot cabin is outfitted with two comfy-looking sofas on each side, making it a comfortable spot to laze around before heading to the formal dining area on the main deck. Lazzarini design said in a statement: “We tried to imagine how a Ferrari of the seas would look. While the propellers are limited in steering, the jet will provide thrust in acceleration and turning degrees at high speeds.” For now, the GMT Hyper yacht is only a concept. Perhaps a true blue Ferrari fan can turn it into a raging red reality. 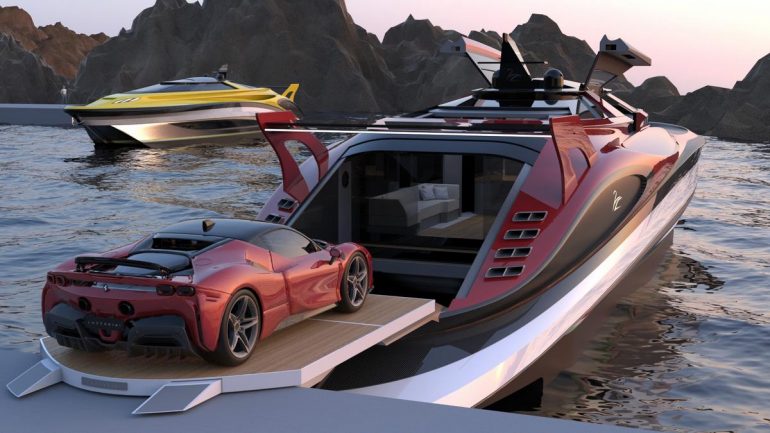 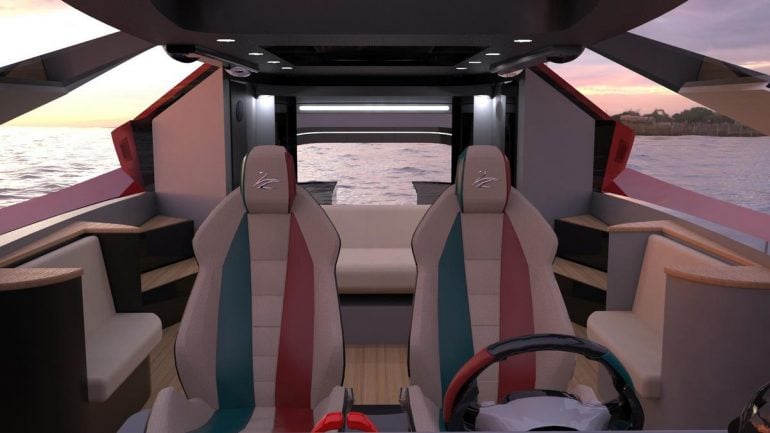 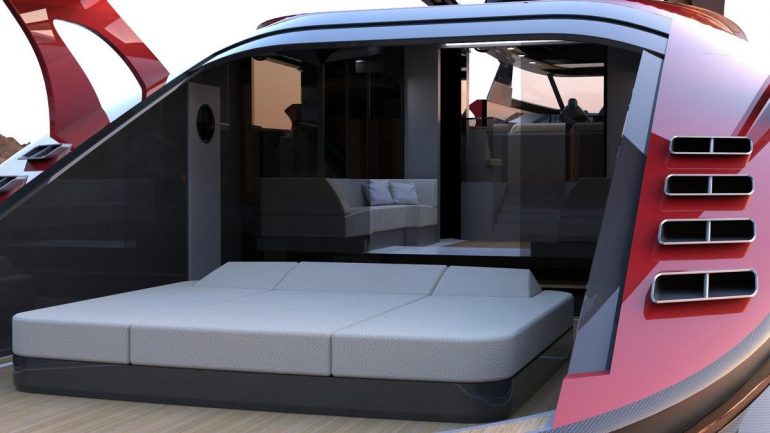 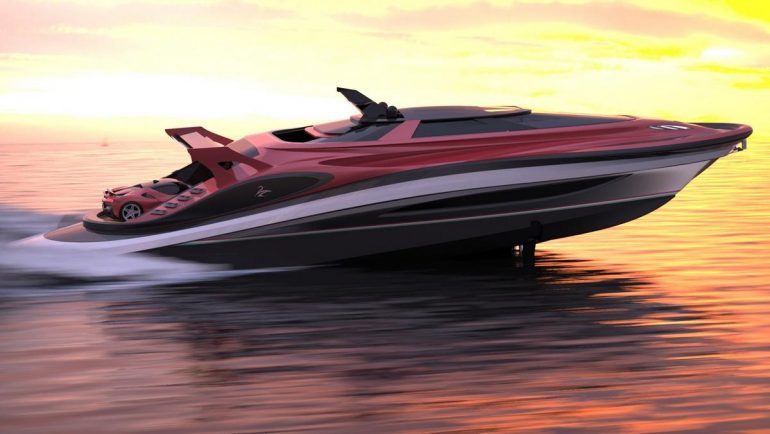 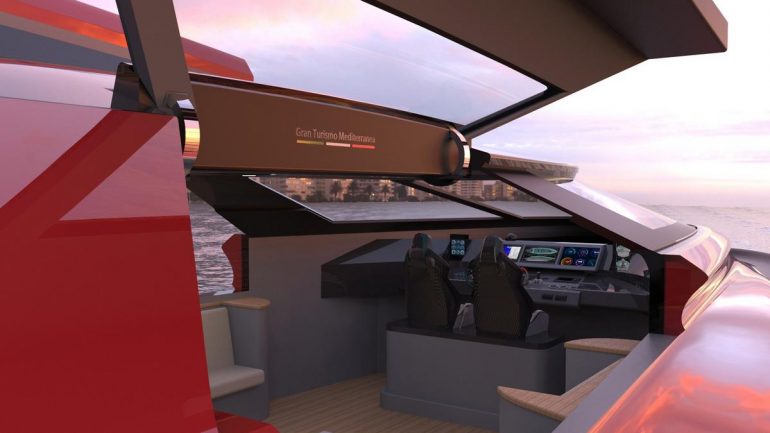 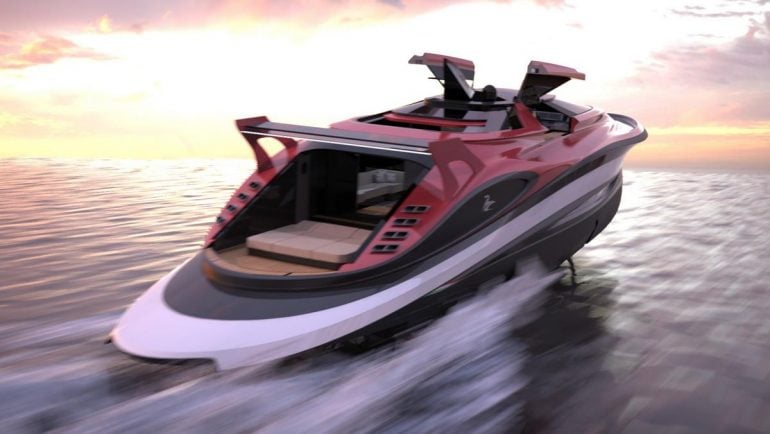 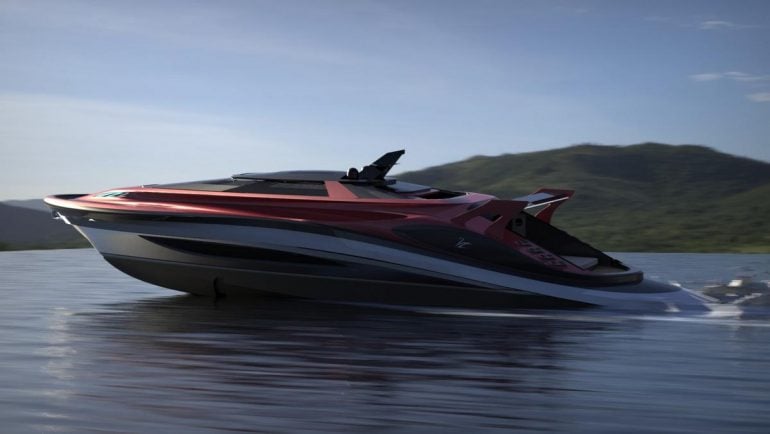 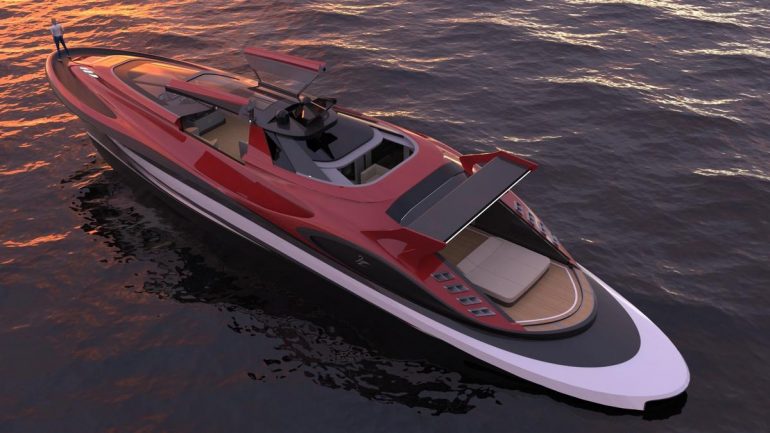 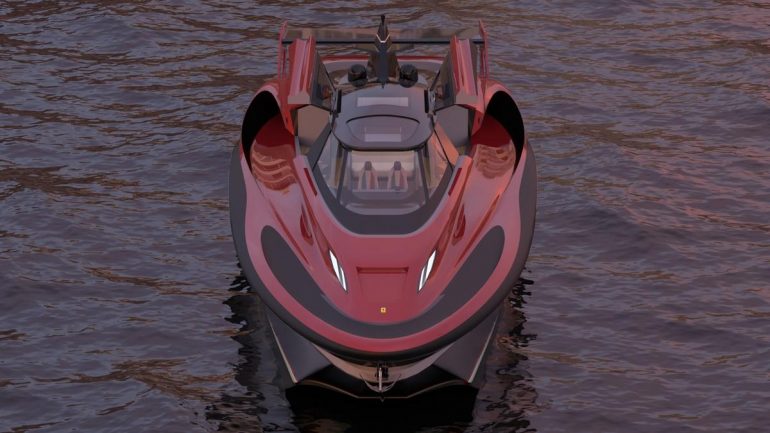 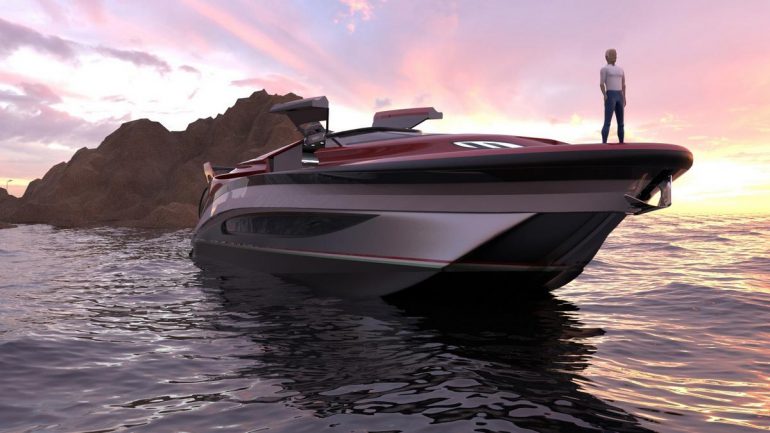 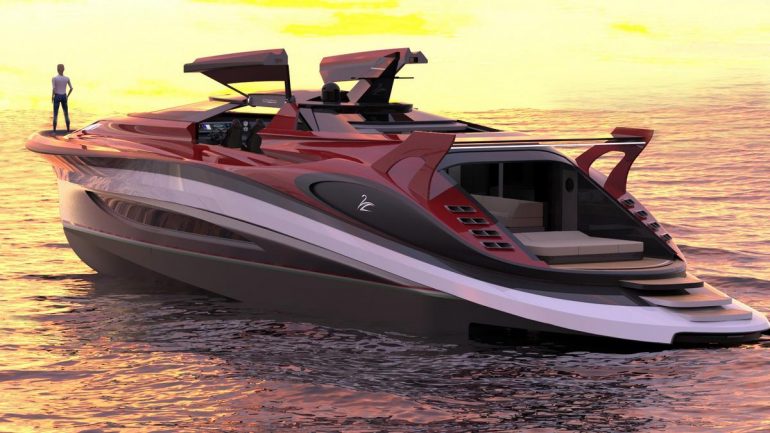 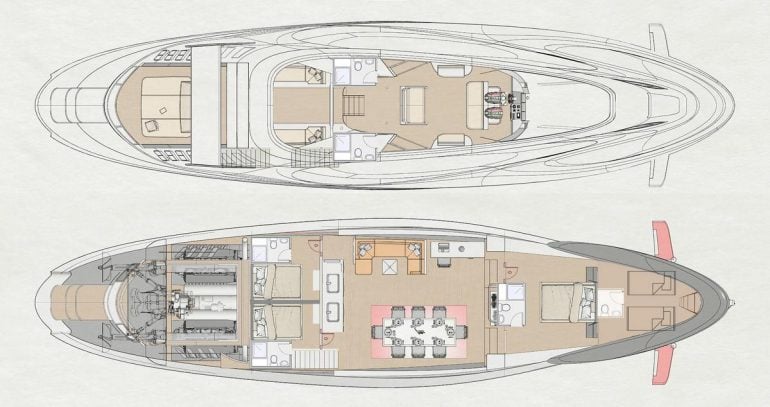 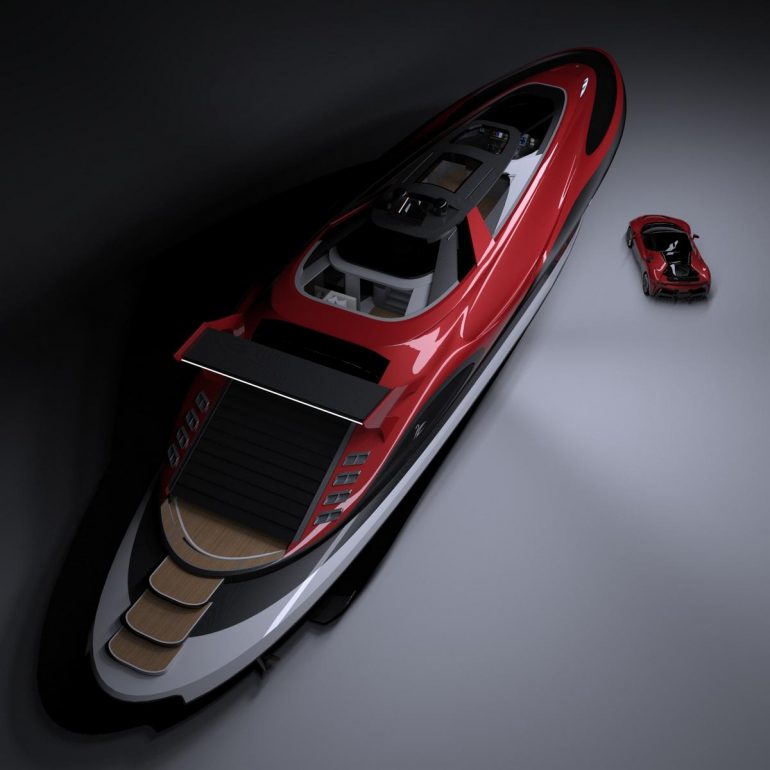 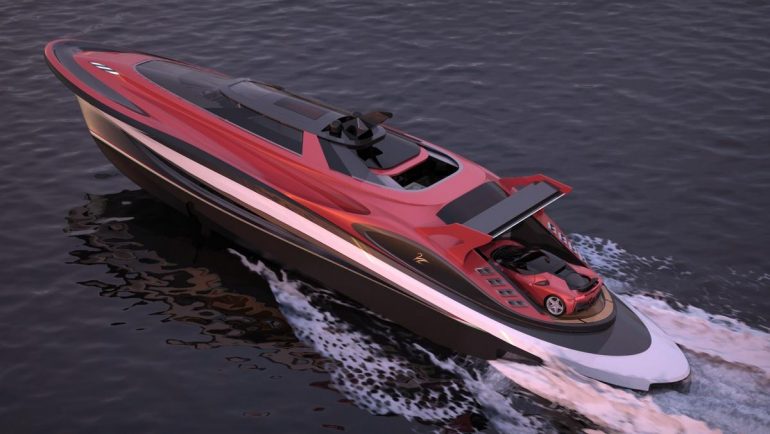 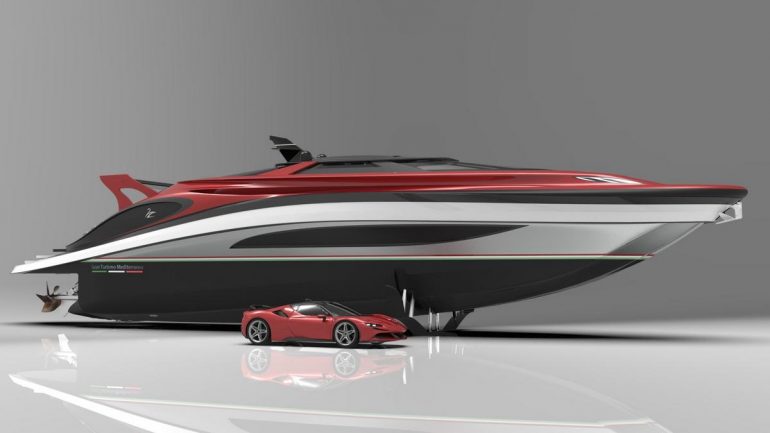 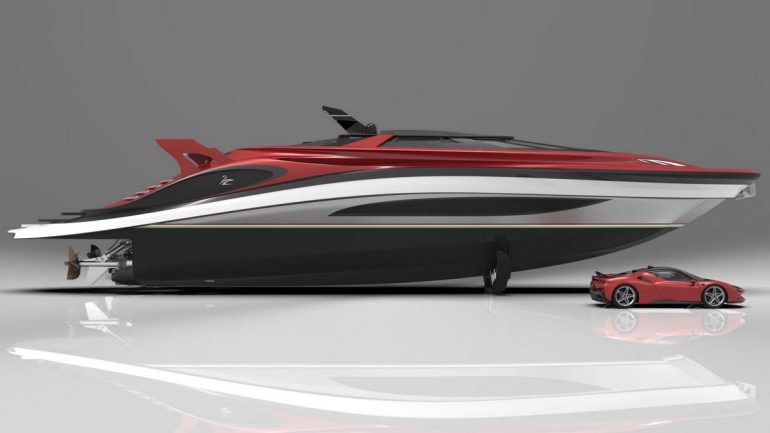 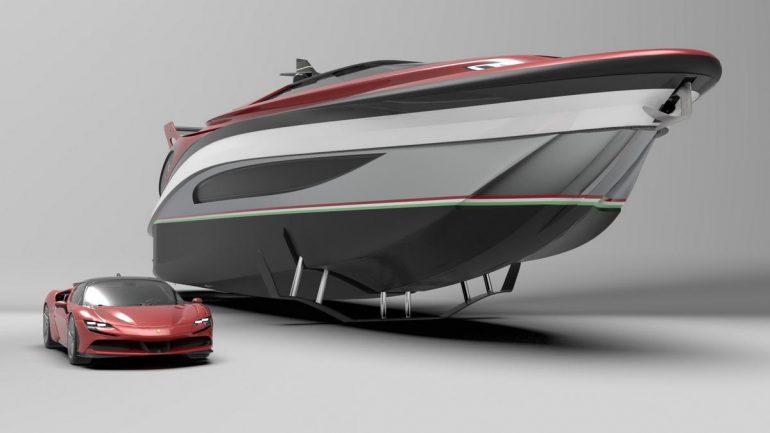 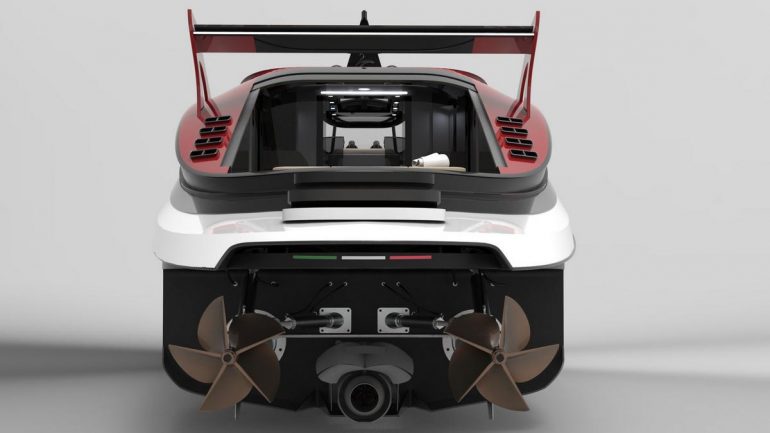