There’s a good chance you might have never heard of the Italian brand Automobili Estrema which has revealed an electric hypercar that might obliterate its competitors if we are to believe the specifications and the numbers released by the company. Meet the Estrema Fulminea, an electric hypercar with over 2000hp on tap. Revealed at the Turin Automobile Museum in the form of a show car, we have to say that it looks stunning, especially the rear end. However, the highlight of the EV is its cutting-edge battery pack. Automobili Estrema says the hypercar a ‘hybrid’ battery pack that consists of both ultra-capacitors and solid-state cells. 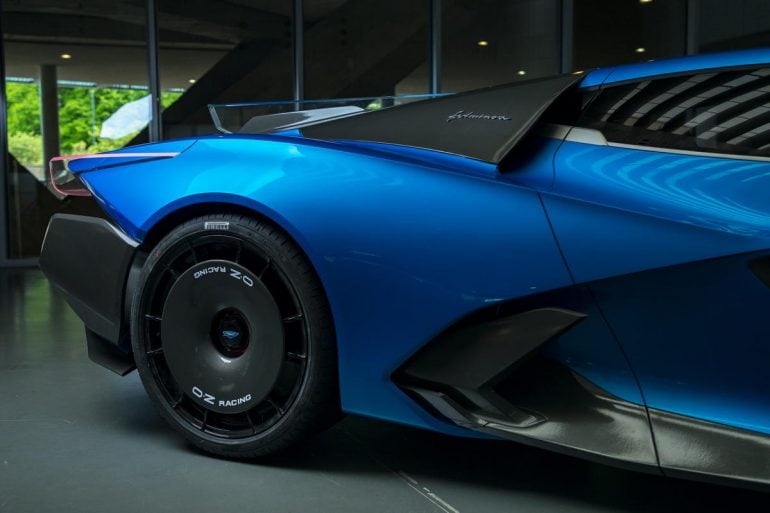 We have already seen Lamborghini’s limited-edition hybrid supercar Sian use capacitors for power storage, but there are no production cars at the moment that use a solid-state battery. The “hybrid” battery pack, including the Li-ion solid-state cells, will be produced in cooperation with IMECAR Elektronik. For perfect weight distribution, the two types of batteries will be split into two different locations. Both housed in lightweight carbon fiber casing, the ultra-capacitors will be mounted behind the front axle, while the solid-state battery will be mounted behind the cockpit. 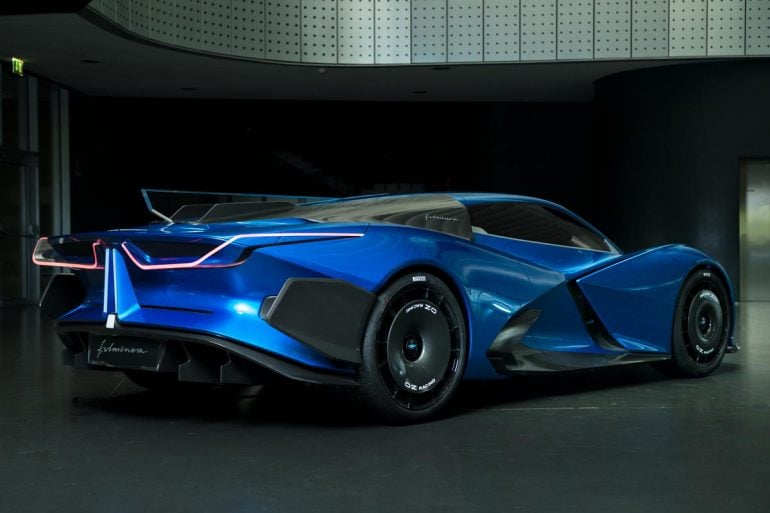 Automobili Estrema also claims that the battery pack will weigh just 661lbs and an unprecedented energy density of 500 Wh/kg. The combined capacity of the hybrid battery pack will be 100kWh and it will be able to go from 10 to 80 percent charged in less than 15 minutes using a fast charger. The company goes on to state that the hypercar will weigh close to 3,306 lbs, which is ultra-light when compared to other EVs. 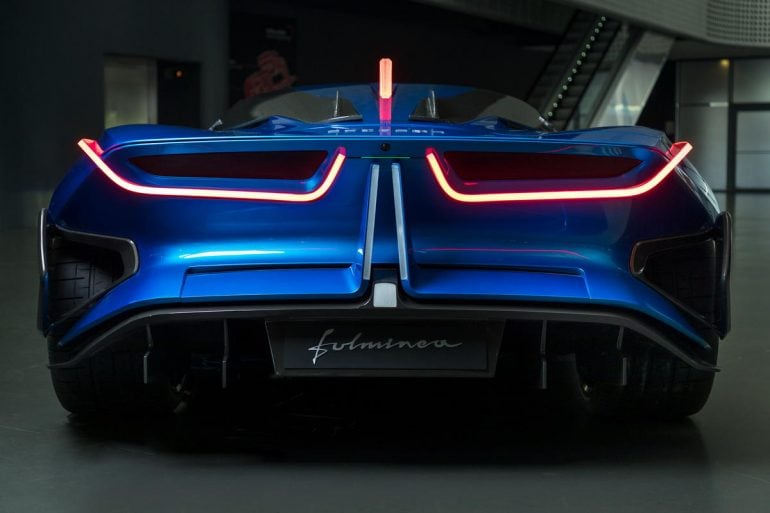 The Estrema Fulminea will get four electric motors mounted at each wheel that will produce a combined output of 2040hp. Estrema says it will be capable of a 0-62mph time of around 2.0sec, 0-200mph in less than 10.0sec, and a top speed of 217mph. “The inspiration was not just in nature, but the symbol we have adopted, which is the lightning bolt. ‘Fulminea’ means ‘lightning fast’ in Italian, and the lightning bolt is a symbol of electricity, speed and clean energy,” said Roberto Olivo, Estrema’s chief operating officer. The company plans to build 61 examples that will be available for $2 million apiece. Too good to be true? Well, let’s wait and see. 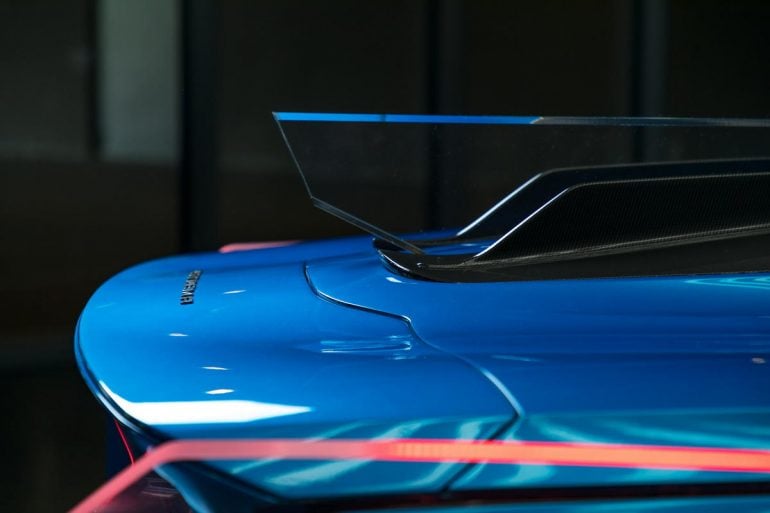 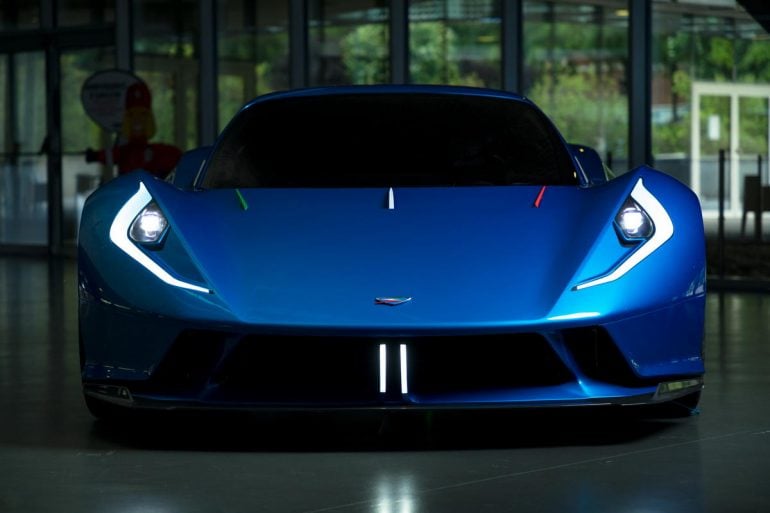 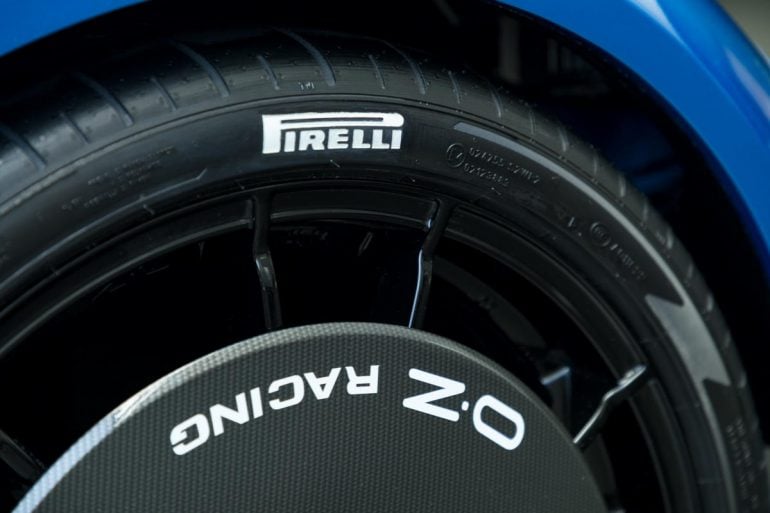 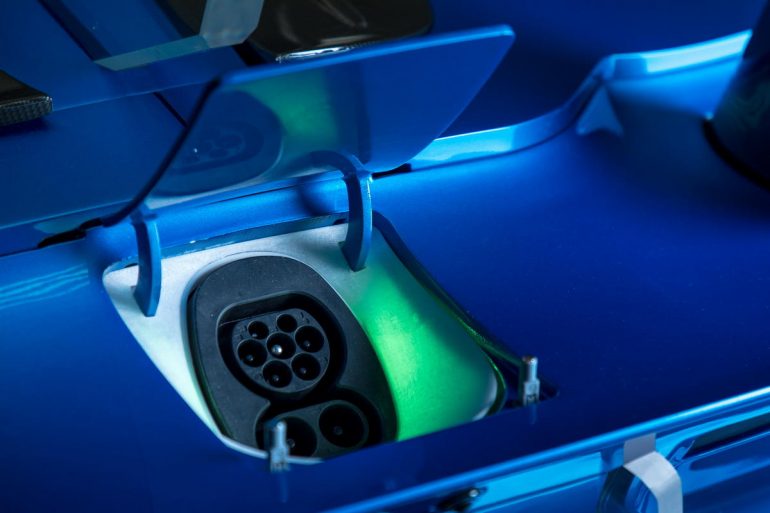 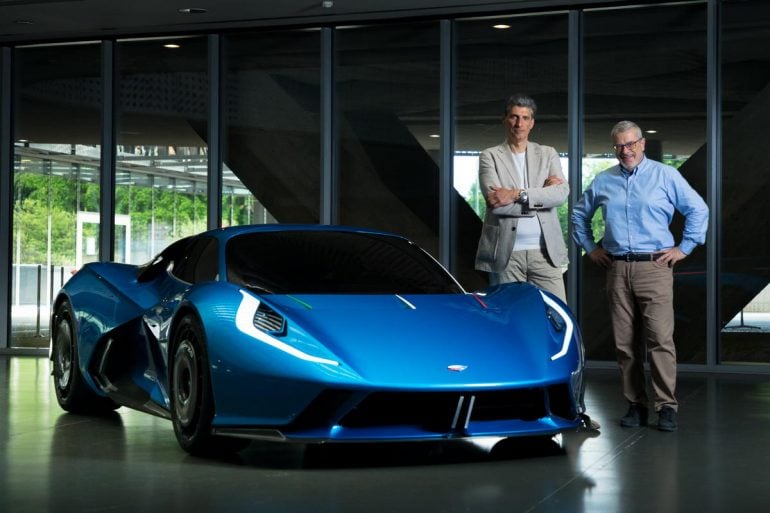 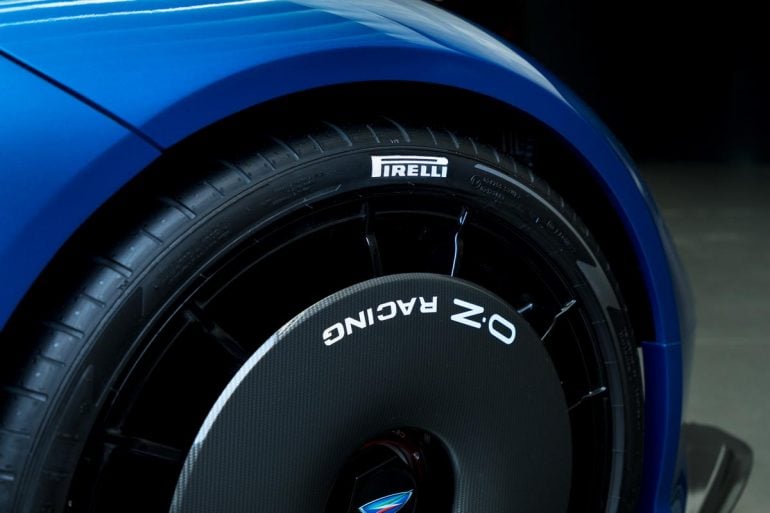 Tags from the story
Electric, Hypercar