Italian design and engineering company Pininfarina, famous for designing exotic Ferraris, has launched an extremely limited edition custom-built bike. Dubbed Pininfarina Fuoriserie, the tailor-made a world debut at the Seoul Living Design Fair. Manufactured by 43 Milano, it was inspired by the brand’s 1930s and 40s designs such as the Carrozzeria Pinin Farina and has a strong classic touch to it. Featuring chromed steel frame adorned with a walnut briarroot coating, the bike’s heritage is referenced in the leather-clad handlebars and in the seat, dressed in the same fabric used for the interior of Pininfarina’s limited edition 1936 Lancia Astura Bocca model. 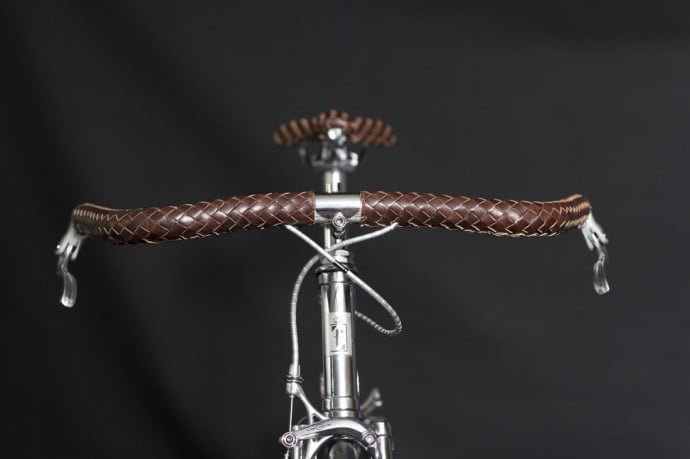 In addition to the retro design philosophy, the modern touches on the limited edition bicycle include Bike+, a booster system that optimizes the cyclist’s energy through a miniaturized electric engine, allowing the rider to cover longer distances. It also comes with an LED lighting system based on a brand-new high performance lamp and a plug connector that recharges mobile phones through the dynamo. Limited to only 30 examples marking a reference to the decade in which Pininfarina was founded, the prices start at €6,000 ($7500 approx) for the “naked” version and €9,000 ($11,300 approx) for the motorized edition.