Koenigsegg showcased the Regera concept car at the Geneva Motor Show two years back and displayed the pre-production unit last year, yet the first of the production hypercars are yet to be handed over to their owners. However, the first two Koenigsegg Regeras have been built and they are on their way to Geneva where they will be put on display in a week’s time. At this year’s Geneva Motor Show, Koenigsegg is apparently not going to bring any new concepts or models but unveil two of its Regera customer cars.

The first of the two Regeras has a quintessentially British racing green tinted clear coat on top of the car’s carbon fiber body panels. The tinted clear coat beautifully augments the perfectly symmetrical carbon weave. The hypercar also has carbon fiber wheels to match the bodywork and some advanced aero, including a new top-mounted rear wing. On the inside, the cabin features saddle brown-colored leather that covers the steering wheel, seats, doors, and stretches over the dashboard and rear wall. 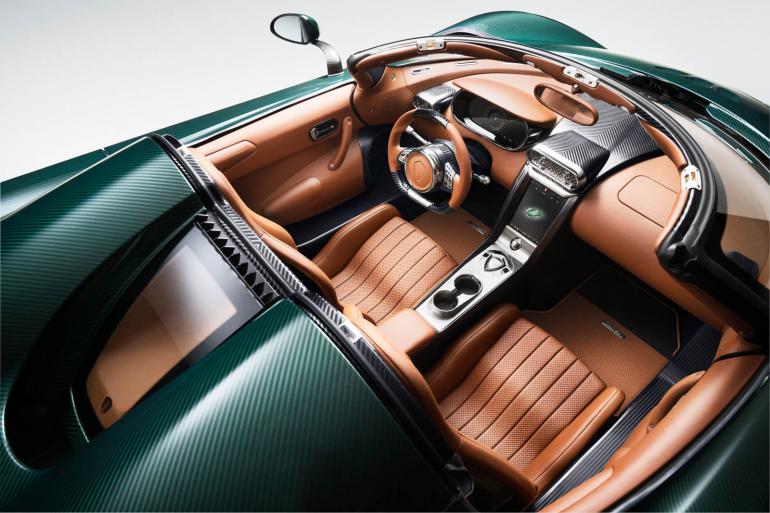 Just to remind you Koenigsegg Regera’s insane specifications and performance figures, it is powered by a 5.0-liter twin-turbo V8 engine which is supported by three electric motors to produce a combined power of 1500 horsepower. The car doesn’t use a traditional transmission and rather has a Direct Drive system. Result? Koenigsegg says it can go from a standstill to 300 km/h (186mph) in just 10 seconds and breach the 250mph mark. The start of the Regera’s production marks the first time that Koenigsegg will be building two different versions of its signature hypercars at the same time.