Australian superyacht design studio Nick Stark Design has revealed plans for a 94 meter superyacht concept named Project Crystal. The superyacht is aptly named as it is highly faceted just like a gemstone. The striking crystalline lattice defines the superstructure and contributes heavily to create a synergy of the flowing lines and precision of the crystals. Project Crystal’s 43-foot beam affords a huge amount of interior space—2,500 gross tonne. There aren’t many details revealed about the interiors or how it will be designed; but the vessel will also be equipped with special glazing to minimize solar gain and ensure the interior stays nice and cool. 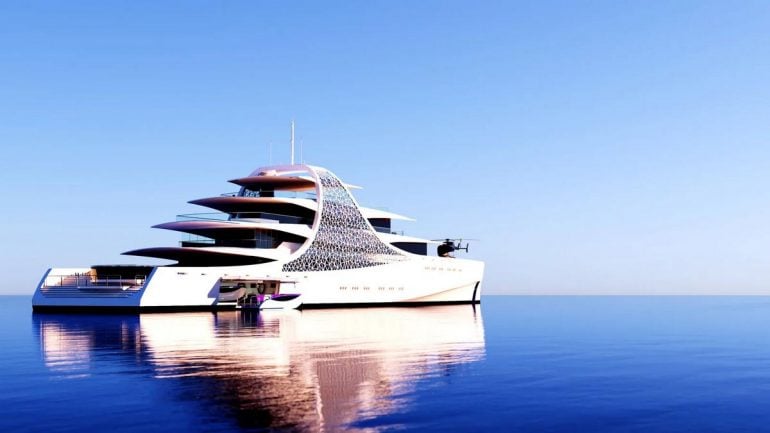 On the outside this shining gem of the seas offers nothing less than three pools throughout the yacht; a private Jacuzzi on the owner’s deck, a sundeck spa pool with a glazed floor on the sundeck above, and a third pool on the aft deck party zone. “We wanted to create an aesthetic that is celebratory,” said Nick Stark, stylist and naval architect behind the design. “The lines flow up and across, both lifting our gaze and also guiding it to what is around us: the people, the community and the environment”. 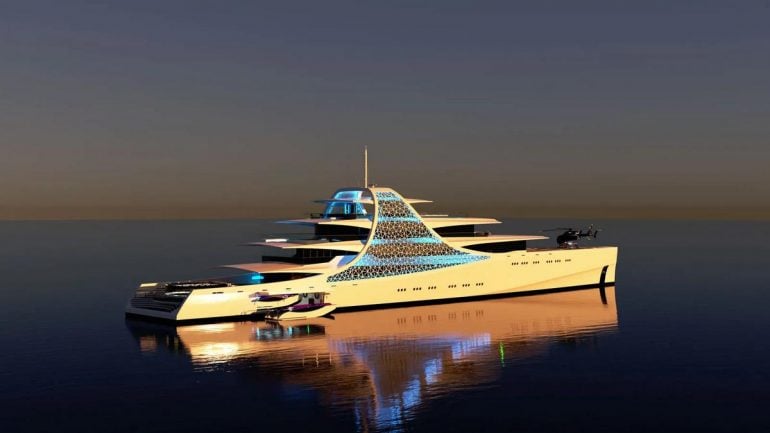 The yacht is designed for swift global navigation. “The play of light through the glazed floor of the sun deck spa further opens up the interior of the owner’s deck. The atrium-like effect brings to light that is both soothing and dynamic to the lounge below,” explains Nick Stark. 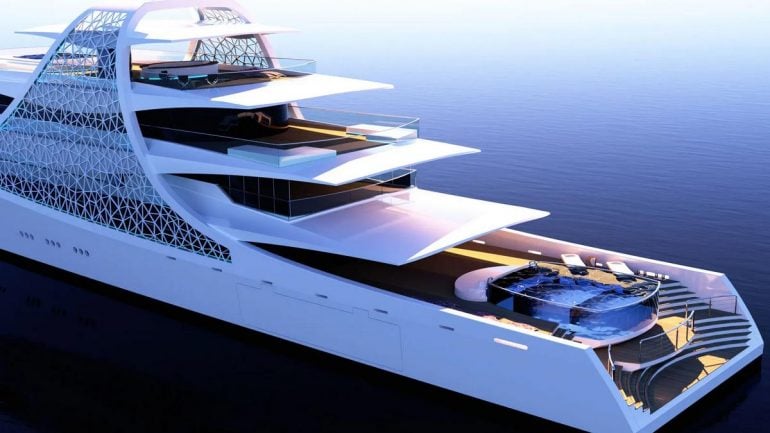 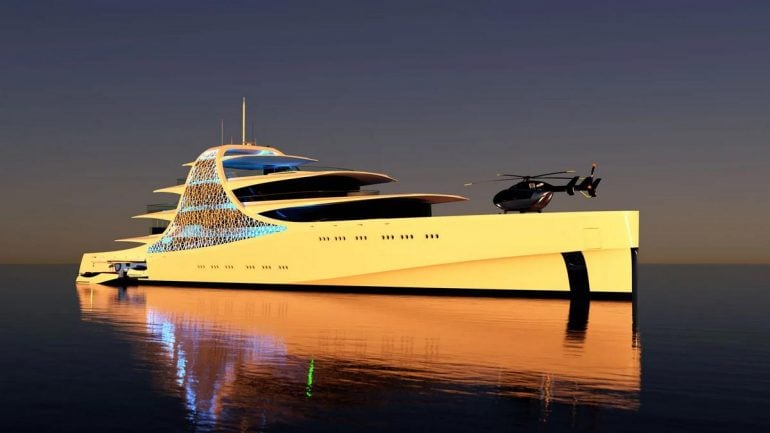 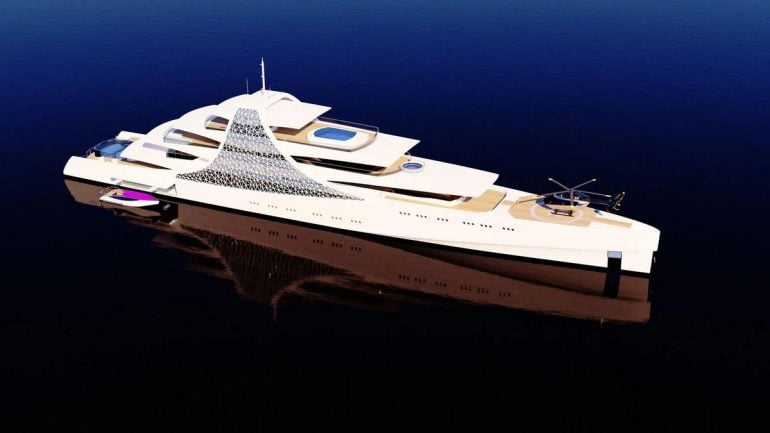 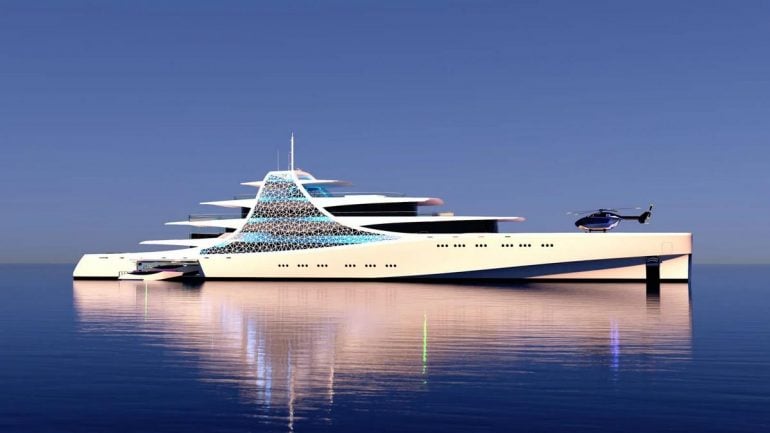 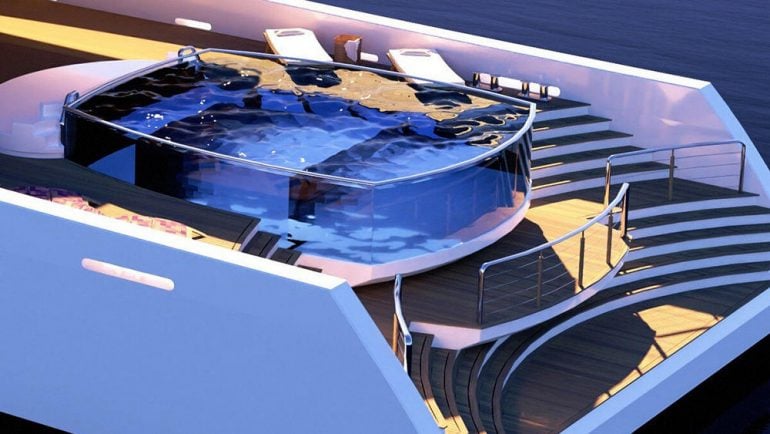