It’s the Midas touch, which is the latest bling of the season, this time restraining the attention of its privileged customers through wonder on wheels at the International Motorcycle show in Seattle. Call it a Chopper or an artistic masterpiece, the functional sculpture could be rated no less than ornamented wheels. There is the £9,500Gold bicycle, $8,000 ASI’s Bentley, bejeweled bicycle, out of which the former is the cream of the soup. The revolutionary offering of Gold-plated custom chopper is $500,000.

Also watch the video of the look-alike of the gold plated chopper, the Custom Star Yamaha, featured at the 2007 International Motorcycle show. 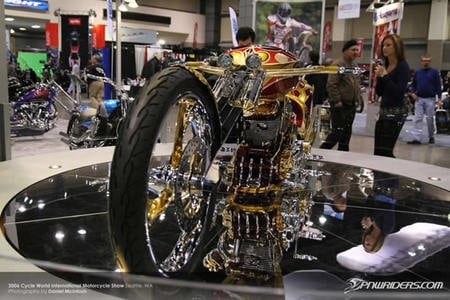 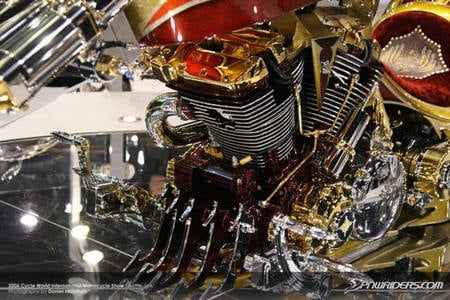 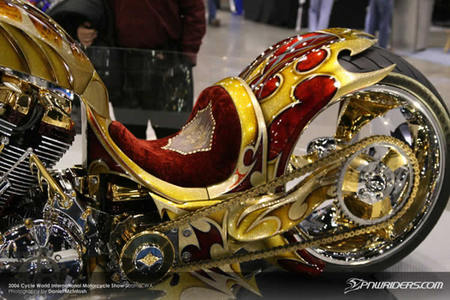 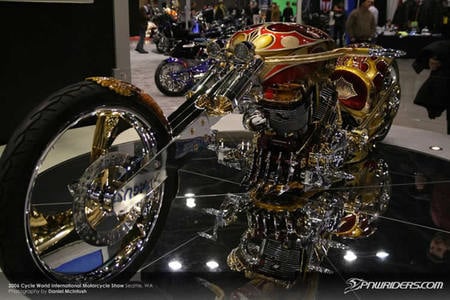 Tags from the story
Chopper, Gold-Plated