I’m sure you must be aware that 2022 was an unforgettable year for Tom Cruise thanks to the stellar success of the belated sequel to Top Gun. Not only was it the highest-grossing movie of last year but also the Hollywood heartthrob’s most successful movie ever, catapulting him to the top of the list of 2022’s highest-paid actors. If that was not all, Cruise revived his plan to become the first actor to shoot in space and ended the year by releasing a video of how he pulled off the “biggest stunt in cinema history” for the upcoming Mission Impossible sequel. It shouldn’t be a surprise that production houses and brands are keen on working with him and want to cash on the hype around the 60-year-old actor. However, Bugatti might not be one of them. If some rumors are to be believed, the French manufacturer has blacklisted Tom Cruise from buying any of its hypercars and the apparent reason behind it is not only unusual but silly and incredibly petty.

Well, as the story goes, Tom Cruise was one of the first celebrities to buy a Bugatti Veyron back in 2005, which he reportedly purchased by paying somewhere close to a million dollars. You might remember that Veyron was launched the same year by Bugatti’s parent brand, Volkswagen, to showcase its capability to build a world-beating hypercar. Getting Tom Cruise as one of its early customers was a big publicity boost for Bugatti.

However, it all changed in 2006 when the Top Gun actor decided to a make grand entry at a massive event where Mission Impossible 3 was premiering by rolling down the red carpet in his 1000-plus horsepower Bugatti Veyron. With thousands of people present, including the international press, Bugatti couldn’t have asked for better publicity for the brand. But when Cruise got down to open the door for his wife at the time, Katie Holmes, he began to struggle. In fact, it took him several desperate attempts before the door finally budged. Now, the door might have stayed locked on the passenger side, leading to this funny incident, but the internet is convinced that it was bad press for Bugatti, which resulted in Cruise being shadowbanned by the French luxury manufacturer. 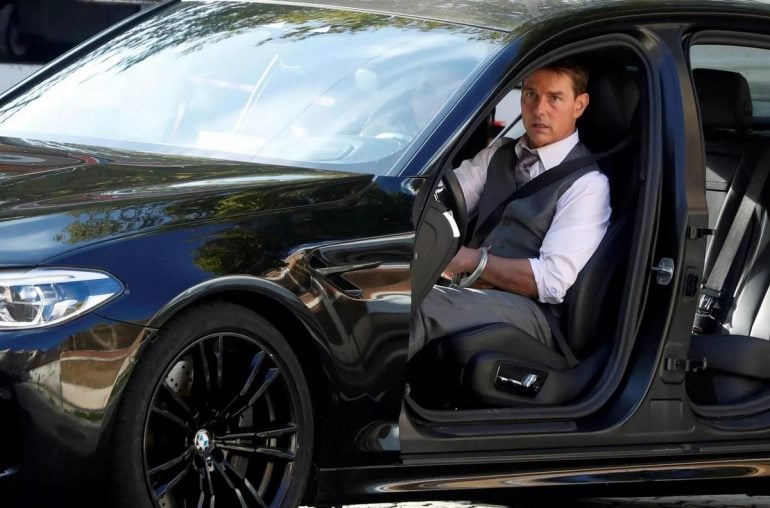 The rumors have been doing rounds on the internet for a very long time but have resurfaced with a vengeance over the last few months thanks to Cruise’s box-office success. Bugatti never officially commented on this matter, but manufacturers often never release official statements on such matters. You might remember that last year Kim Kardashian and Justin Bieber were also rumored to be blacklisted by Ferrari in a similar fashion. The news caught so much attention that Ferrari was forced to comment on it.


A Ferrari representative said in an interview that the Italian brand never blacklists individual customers. However, it was subtly hinted that the two concerned celebrities will never be able to buy exclusive models and special editions directly from the brand. Bummer, right? But in Cruise’s case, it sounds more like a rumor than anything truly substantial. It would be too petty for a manufacturer like Bugatti to ban someone like Tom Cruise for such a silly incident. What do you think?
Tags from the story
Bugatti, Tom-Cruise