In February this year, Texan tuner company Hennessey Performance Engineering created history when its hypercar Venom GT recorded a top speed of over 270 miles per hour at the Kennedy Space Center. The internet was quickly deluged with pictures of the shinny Phantom Grey Venom GT with the star-spangled US flag sticking out of the window celebrating the historic run. Sadly, the run didn’t officially count making Bugatti Veyron’s record stand unbroken. But instead of making another attempt at the record, Hennessey has reportedly gone back to the drawing board to build a machine that will comprehensively break the current record. What you see in the pictures will be their next hypercar dubbed Venom F5 after the strongest tornados on the Fujita scale. 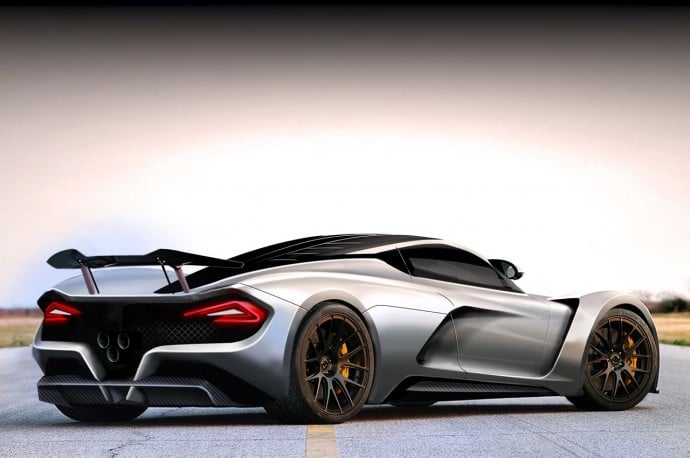 The reason why the Hennessey has chosen to name the car after the fiercest tornadoes with winds of 261 to 318 mph is that it believes the Venom F5 would be so fast that it will be able to reach a top speed of 290mph. So according to the official information released by the company F5 is a fitting name for this next-generation Venom that’s the very definition of power and speed. Though it will still be designed atop the Lotus Elise-based chassis, but instead of similar external design the Hennessey Venom F5 will have new bodywork with lower drag and attractive styling. The 7.0-liter twin-turbo V8 is being reworked to deliver as much as 1,400 horsepower and a new single-clutch paddle-shift gearbox is being developed. It’s also set to get a new GPS-based traction control system that will be programmable for specific racing circuits. The company plans on making 30 examples, each with a price tag expected to exceed the existing Venom GT’s $1.2-million retail price. 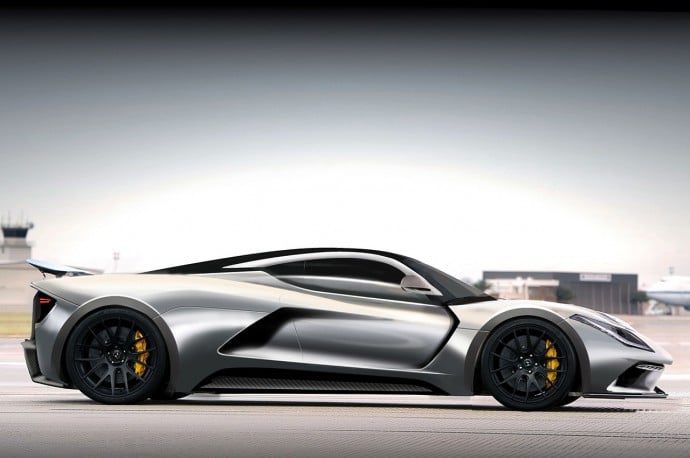