Last year, Milan-based yacht design studio Officina Armare revealed an open-air speedboat concept called A43 that was inspired by one of the most wicked limited-edition hypercars ever made – the Lamborghini Centenario Roadster. The design studio has returned this year with yet another luxury vessel concept that draws heavily from the world of exotic automobiles. The striking new A88 Gransport is a 27m hard-top luxury yacht concept with plenty on design elements borrowed from supercars. Robb Report has called it the “Huracan Evo of the sea,” and there are enough reasons to support that. The streamlined body of the yacht evokes the shape of an aerodynamic supercar. In addition to that, the muscular bow, multiple air intakes, coupe-like aerodynamic hardtop, four carbon fiber overwater exhausts and spoilers for aerodynamic aid are elements that are directly lifted from performance cars. 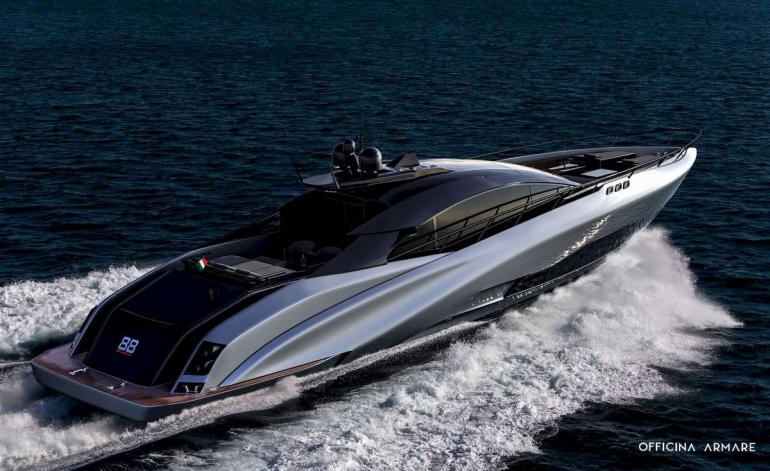 The A88 twin 2,600-horsepower 16-valve diesel engines that generate five times more power than last year’s A43 speedboat. It is enough to give the 27m yacht a top speed of 46mph, while the claimed maximum range is 400 miles at cruising speeds of 40mph. The A88 can accommodate up to 8 guests in 4 cabin: two Master Suites and two twin cabins. The layout can also be entirely customized to suit its owner’s needs. The full-beam master features a king-sized bed, ensuite facility with a sit-down shower and its own mini-lounge area. The foredeck features two large sun pads and a canvas bimini cover, while the aft deck boasts a leather sofa and an alfresco dining area. The tender garage is occupied by a pair of Seabobs and a Williams SportJet 435. 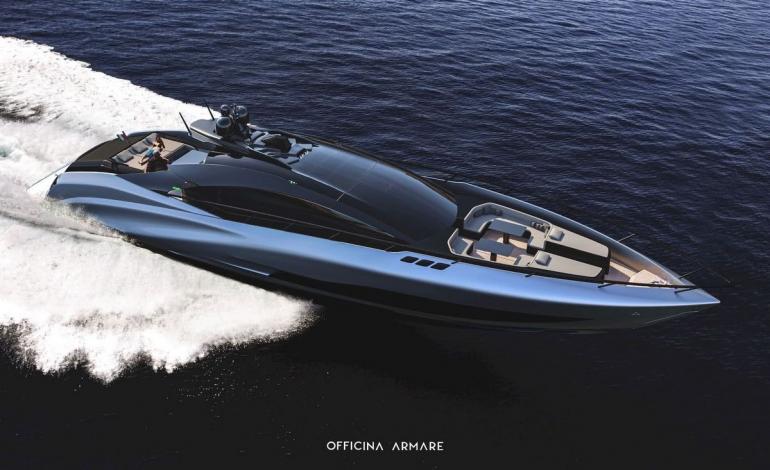 Tags from the story
Supercar, Yacht