Whoever says money can’t buy happiness needs to take one good look at this beauty of a yacht and revise his statement. The yacht in question is a stunning 158-ft. Superyacht called Morning Glory and owned by former Italian Prime Minister Silvio Berlusconi. He is selling the superyacht with an $11 million price tag. Interestingly, Berlusconi bought the Italian-built Perini Navi ketch in 1999 from media mogul Rupert Murdoch, who first commissioned this navy-hulled beauty in 1985 for nothing less than $7.2 million. Berlusconi was (according to Forbes) the world’s 190th richest person in 2018 with a net worth of $8 billion so a superyacht has got to be purchased by a man of such riches. Morning glory has a lot to boast about right from its top speed under power of over 14.5 knots and a transoceanic range of 4,900 nautical miles at 10 knots to a working marble fireplace, formal dining area, and spiral staircase. The multimillion-dollar vessel sports several lounging areas and sleeps almost 8 guests. If you like making the most of the waters then nuzzling on an L-shaped couch up on the flybridge in the evening with expansive ocean views could be one of your many evenings. It wouldn’t be so bad to use the dining area on the deck and engage in endless chatter with friends in the middle of nowhere. For a more formal setting, you can shift the party to the main saloon area as a room with a formal dining area waits. 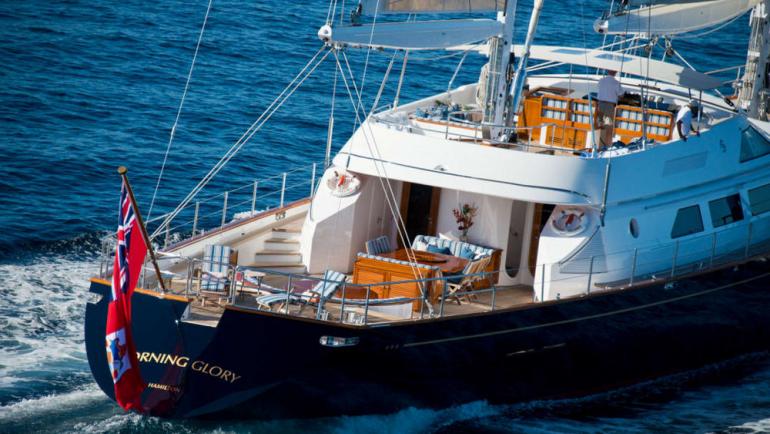 It’s an incredible purchase for someone who has deep pockets and truly entertaining with umpteen spacious lounging areas both inside and outside, a full bar and a game table. An owner’s suite is equipped with a master study with separate his and her bathrooms. To sum it up, this gorgeous yacht has even hosted both Queen Elizabeth II and Prince Charles; enough said. 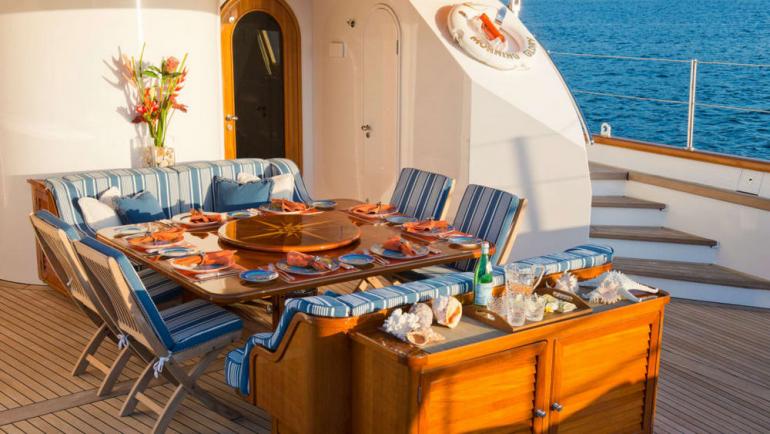 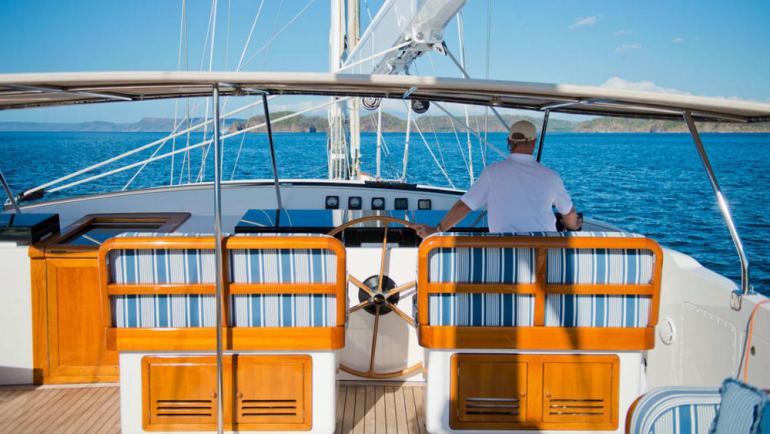 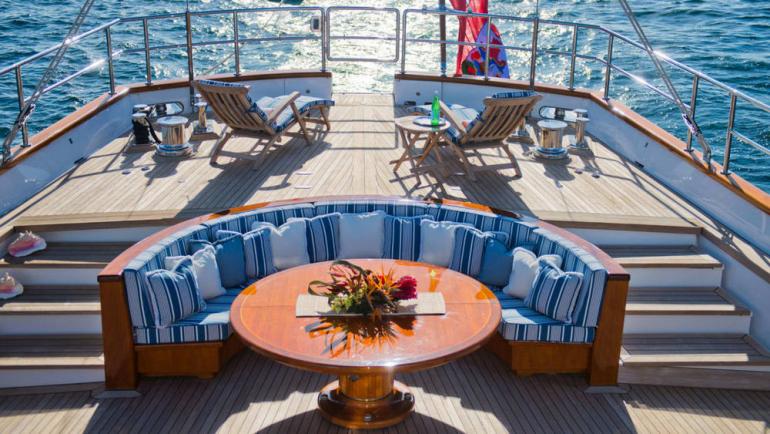 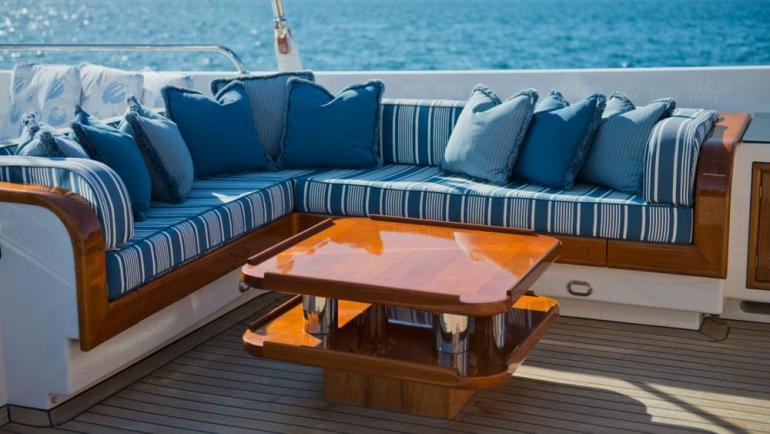 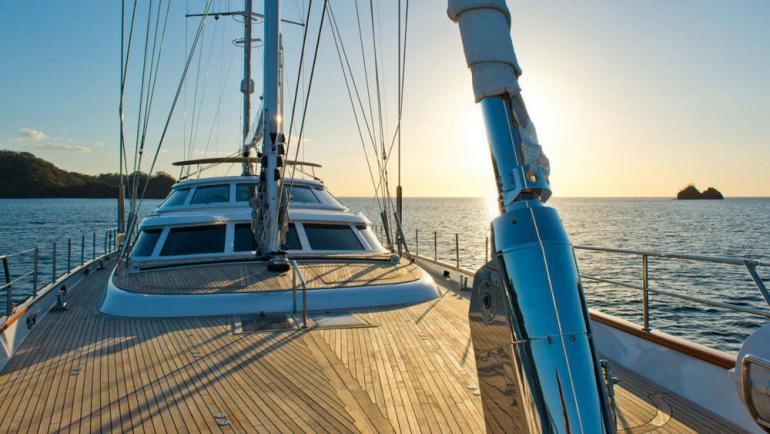 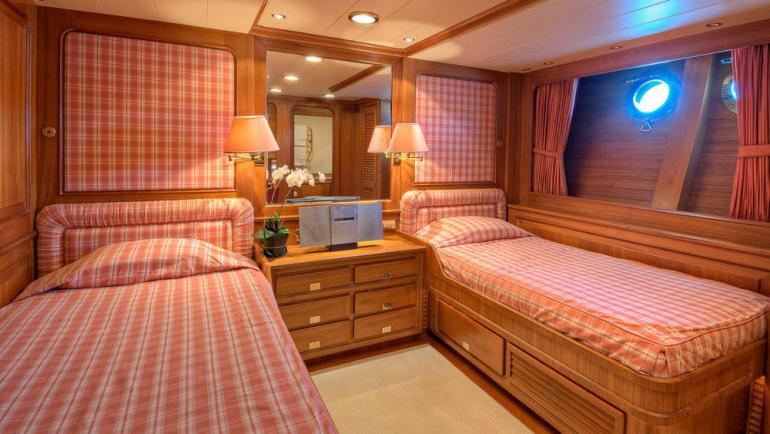 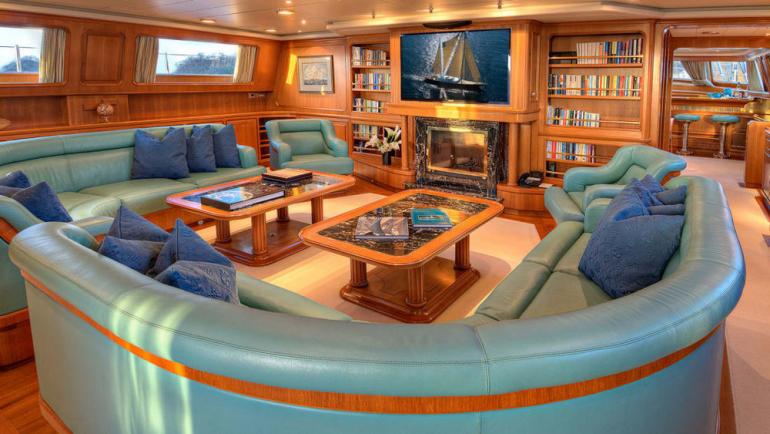 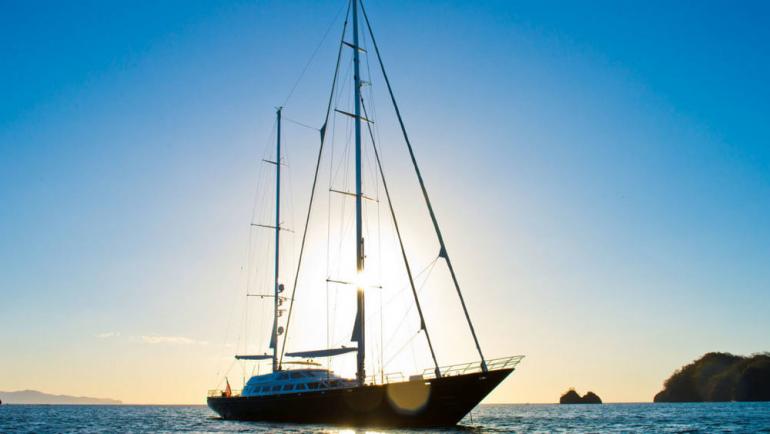 Tags from the story
Italy, Superyacht