Last year in the month of September, there were reports that the next-generation US presidential plane could be a supersonic jet capable of flying more than the speed of sound. The US Air Force’s Presidential and Executive Airlift Directorate (PE) awarded a contract to California-based start-up Exosonic that managed to grab the military’s attention with its low-boom supersonic Mach 1.8 twinjet. As a part of the deal, the Air Force Research Lab will help Exosonic to develop its commercial supersonic aircraft and modify it to serve as an executive transport vehicle. CNN Travel was able to get a sneak peek of the cabin of the executive transport plane that has been designed to carry the US Executive Branch’s distinguished visitors (DVs). 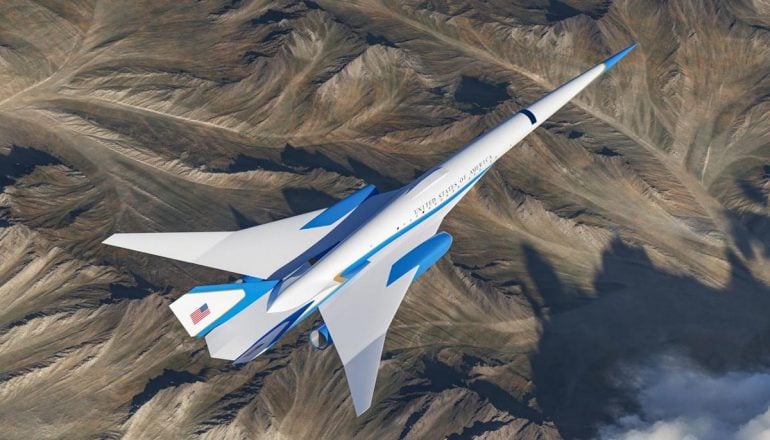 “With this concept we are planning to implement new technologies that are not available today or that you don’t (yet) see on commercial or business aircraft,” said Stephanie Chahan, Exosonic’s principal aircraft interior designer. The supersonic executive transport has been derived out of Exosonic’s 70-passenger commercial airliner concept. The cabin has been modified with a maximum capacity of 31 passengers. The cabin features two private suites. The first one is a meeting room that has seating for up to three people and gets secure video teleconferencing. As you would expect, the rotating seats are upholstered in the finest leather and have wooden shells, while the on-board displays can be rolled and stowed away to make space for other equipment. “So whether they’re flying the vice president or the first lady, or the first gentleman, we’d have a lot of flexibility here,” Chahan added. 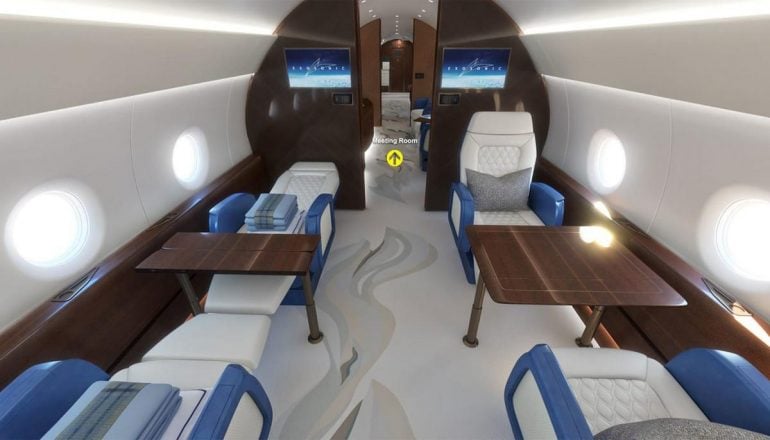 The second eight-passenger suite is for senior staff and gets lie-flat seats with tables that are height-adjustable. The main cabin features 20 business-class seats, along with two galleys, two lavatories, and plenty of storage space. “The cabin design was inspired by the US Executive Branch and its mission and values, as well as the peregrine falcon, renowned for its speed — both by its movement and by its beautiful look,” Chahan further added while talking to CNN Travel. The Exosonic jet claims to have a top speed of 1.8 Mach (twice the speed of present commercial jets) and a range of 5000 nautical miles. The company is working on its boom-softening technology that will help it fly overland at supersonic speeds without creating a deafening sonic boom. Exosonic expects its jet to make its first flight by mid-2030. 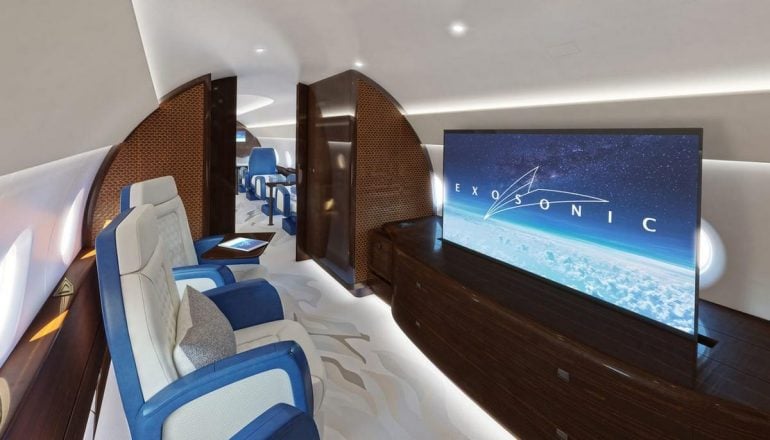 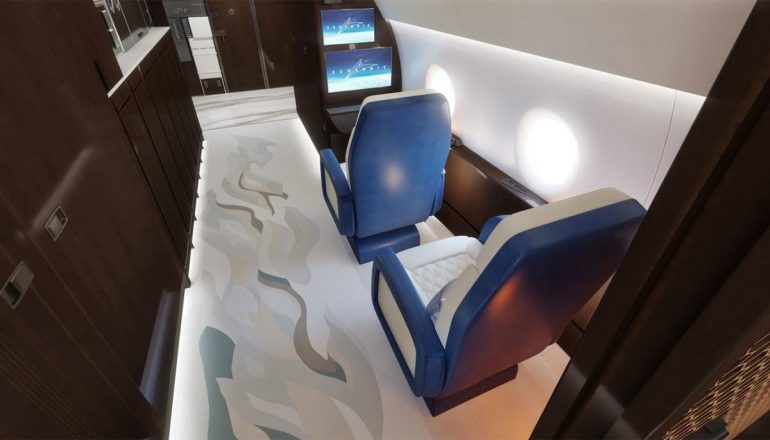 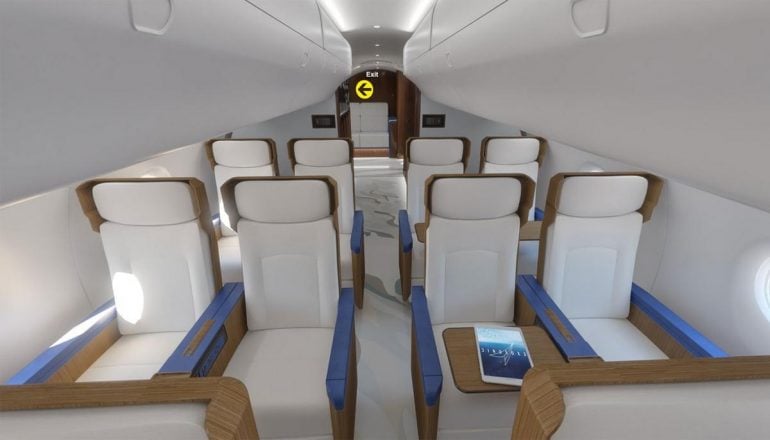 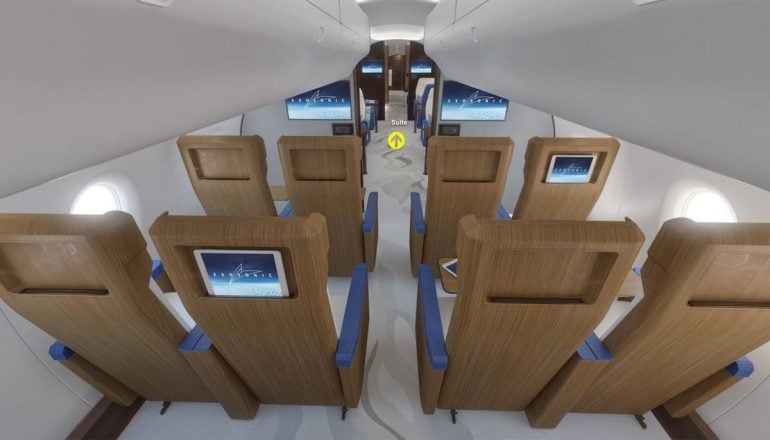 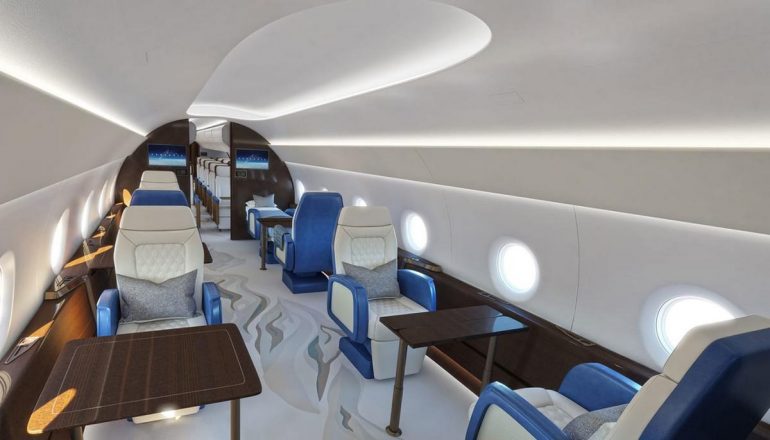 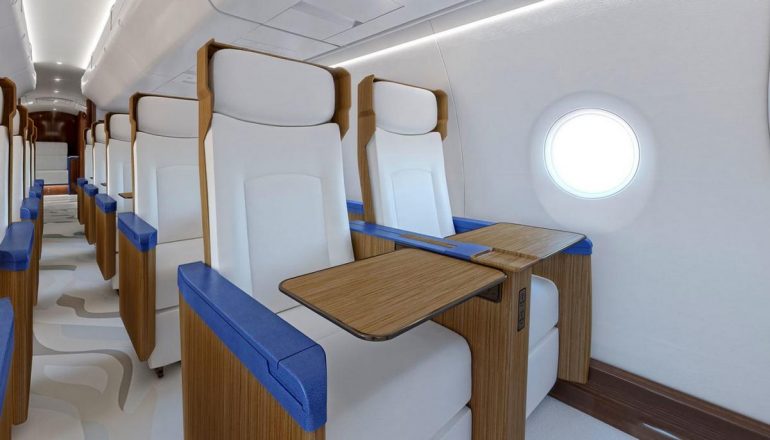 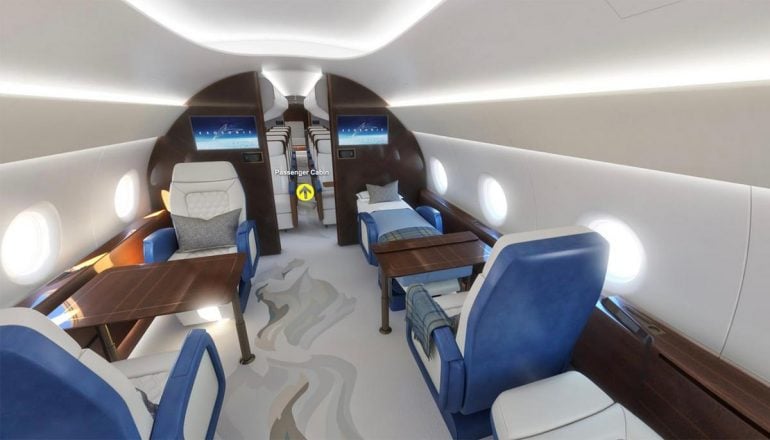 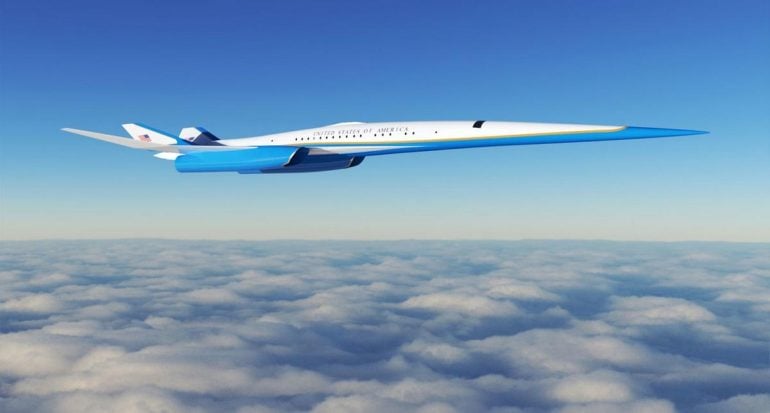 Tags from the story
Air-Force-One, Supersonic, US