KTM is best known as a motorcycle manufacturer that makes some of the best off-road machines in the world. In fact, KTM is so good at it that it has absolutely dominated the famous Dakar rally since 2001 and missed out on the top spot in the motorcycle class for the first this year in the span of 19 years. however, it’s not just dirt bikes and adventure tourers the Austrian manufacturer is good at making; it has one of the most diversified motorcycle lineups on the market. But very few are aware of the fact that KTM’s factory also produces four-wheeled machines. Surprised? Well, a little more than a decade back, KTM introduced its first car called the X-Bow. The open-top racer was created in partnership with Kiska Design, Audi, Reiter Engineering GmbH, and chassis maker Dallara, and was strictly meant for race tracks. After 12 years, KTM has introduced its successor and it is absolutely stunning. Meet the X-Bow GTX, a closed cockpit racing car that will also be a part of GT racing and go head-to-head with likes of Audi and Porsche in the new GT2 class. 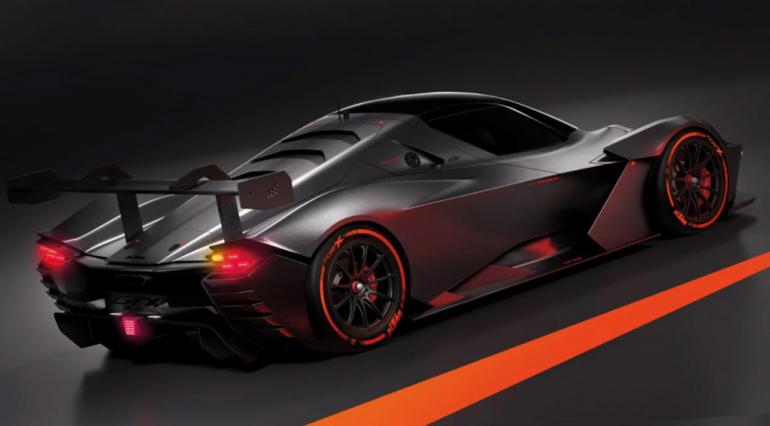 Like its predecessor, the KTM X-Bow GTX has been created with the help of the same partnering brands. While the original X-Bow only had 354 bhp on tap, the GTX has a much more powerful 2.5L, five-cylinder TFSI engine by Audi that churns out 600bhp. KTM says the GTX only weighs 1000kg (2200lb), which means the track-only racing car gets a power-to-weight of 600bhp-per-tonne. That’s crazy! KTM has released only two pictures of the GTX, which gives us a very limited idea of the car’s design. However, we can see the mad aero package on it which should give it absolutely crazy downforce. There’s no word on the price as well, but the Austrian brand has said that only a batch of 20 cars will be made for 2020.

Tags from the story
KTM