When you can afford a Lamborghini Aventador SV that costs upwards of $300,000, a few hundred dollars in taxes should not be too much for you to risk your prized Italian supercar from getting seized by authorities. A few days back, police on the Isle of Wight, an island off the south coast of England, confiscated a matte black Aventador SV after discovering that it had unpaid road tax on its name. According to a news report, officers in an unmarked BMW X5 pulled over the exotic supercar on Saturday night. On checking the details, they found that the owner had failed to pay road tax since August of last year. The supercar was immediately sized loaded onto the back of a flatbed. 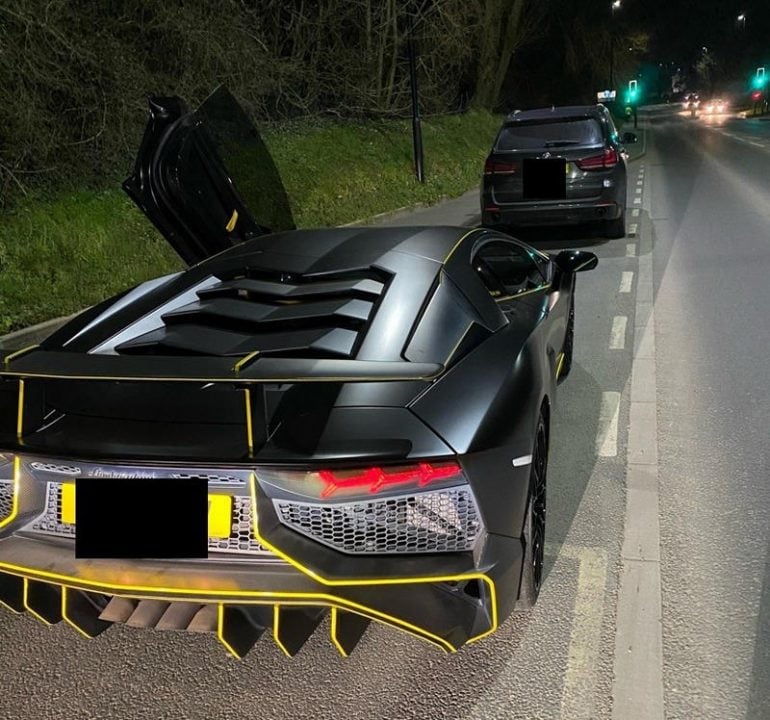 Yahoo News reports that vehicles are taxed according to their emissions; the higher the emissions, the higher the tax. The maximum the authorities can tax a vehicle currently comes in at £2,175 (about US$3,000) for the first year and £150 (around US$210) for each year after that. Vehicles worth more than £40,000 (US$55,000) are charged an extra £325 (US$450) on top of that. According to these rates, the pending tax payment on the Aventador comes to around £475 (US$660), which seems insignificant when compared to the $300,000 price-tag of the Aventador. The Isle of Wight police department posted pictures of the Lamborghini being towed away, mocking the driver in the most British way. Even the comment section was flooded with remarks taking a jibe at the owner. “Paying no taxes whatsoever saves enough cash to buy Lamborghinis,” one man wrote. “If they can afford the car, they can afford the tax, stay off the road until you can,” another woman wrote.

Tags from the story
Lamborghini-Aventador, Supercar