Traditionally, you would call anyone who worships Star Wars a geek without the blink of an eye, but the tables sure have turned. How you ask, well, check out the classy 2008 Lamborghini Murcielago LP 640 wrapped in a Star Wars-themed vinyl skin for the GoldRush Rally 3. Created by Brian Zuk, the luxury car wrap sports Clone Wars-era Jedi Order crests on the passenger side with the driver’s side done up with the Galactic Republic/Galactic Empire logos. Enjoy the video after the jump. 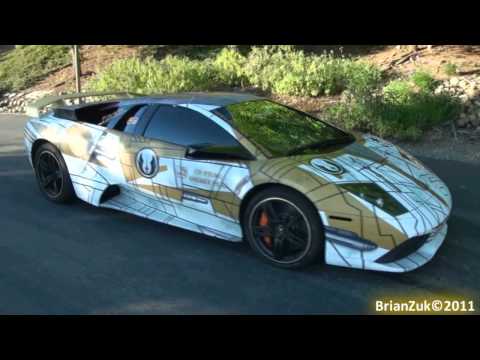 he car was driven in the rally by “Team Golden Empire” and if you don’t really like the wrap, don’t get all worked up that the car is damaged for good, it is a removable wrap that will become an able souvenir.
[Autoblog]
Tags from the story
Lamborghini, Lamborghini-Murcielago, Star-Wars