Former Belgian pro-cyclist Edouard Louis Joseph, considered the best ever professional bicycle racer, celebrates his 70th birthday this year. To honor him, Eddy Merckx Cycles has introduced a limited run of 70 steel racing bikes named EDDY70. The limited edition EDDY70 is the forerunner of a new Heritage collection, which will be available from September at a selection of bike stores. Launched at a Brussels event attended by Merckx himself Tuesday night, the EDDY70 can be ordered exclusively at www.eddy70.com. Each bike will be numbered, and buyers can choose where Merckx signs the frame. 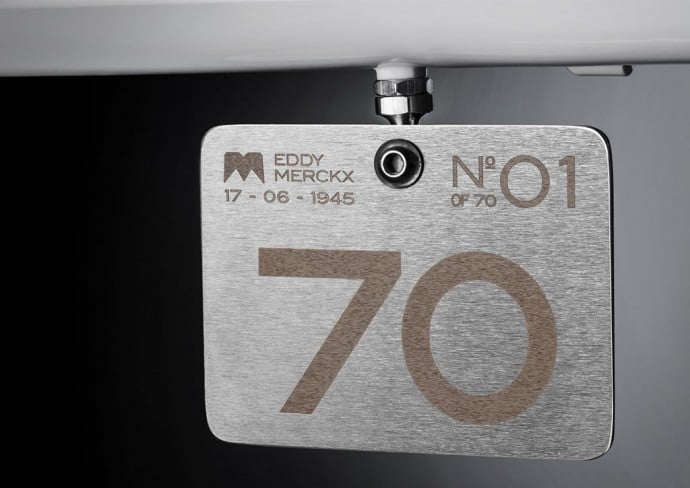 The company claims the new bikes are not just ordinary steel bikes with a retro aesthetic, but instead “ultramodern, state-of-the-art racing bikes, improved with the best Columbus steel alloys and designed for superior performance.” The EDDY70 frame’s Columbus XCr seamless steel tubes are TIG welded, and the complete bike comes with a carbon fork, Campagnolo Super Record group and EDDY70-signature Campy Bora Ultra 35 wheels. The limited edition bicycle is priced at $17,500.

Tags from the story
Bicycles, Limited-Edition