Behold the Mercedes-AMG Project One hypercar – the closest thing to an actual Formula One car with the credential of being road legal. The German automaker has set a new benchmark in the motoring world by bringing the technology from their dominant Mercedes-AMG Formula 1 car to the street in a direct and unprecedented technology transfer from the Grand Prix car. Making a public debut at the Frankfurt Motor Show that begins today, the Mercedes-AMG Project One is one of the most ludicrous cars ever that sound and looks like a concept; but Mercedes is actually going to build and sell them to insanely lucky buyers who’ll have to shell out a mind-boggling figure of €2.275 million ($2.72 million) for it.

The hypercar is built around the 1.6-liter V6 hybrid that Lewis Hamilton is using to lead the 2017 F1 championship, which is coupled with four electric motors to churn out a combined output of 1000 horsepower. The tarmac ripping power makes the Mercedes-AMG Project One stupid fast – Mercedes claims the hypercar will launch from 0-124mph in under six seconds (that’s half a second faster than Bugatti Chiron). On the outside, the Project One looks nothing short of a Le Mans racer; and it’s the same story on the inside as well. Except for air-con, the cabin doesn’t have anything that qualifies as basic creature comfort. The rectangular steering wheel also looks like it’s been lifted straight out of an F1 car. A fixed pair of bucket seats is integrated into the monocoque, and the pedals and steering wheel are adjustable instead. We’ll get more details about the hypercar over the coming days as the Frankfurt Motor Show progresses. 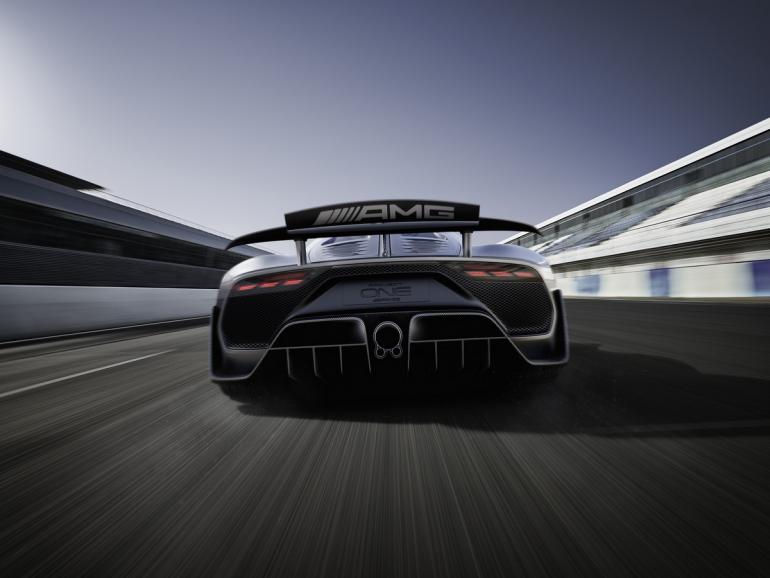 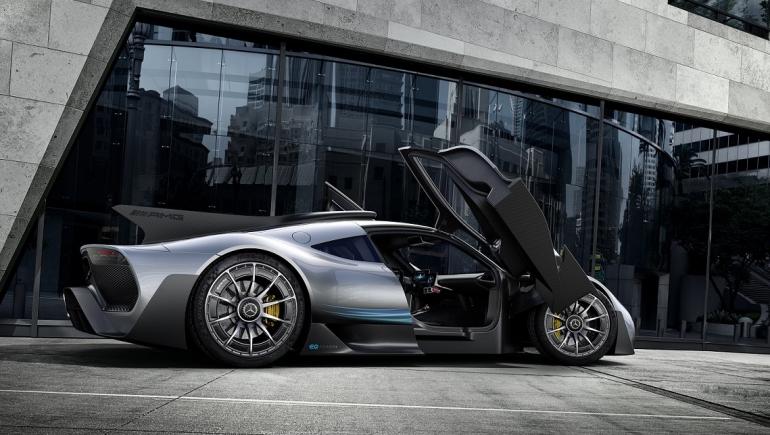 Tags from the story
Hypercar, Mercedes-Benz-AMG