When the first MINI Countryman hit the asphalt, the compact car managed to turn a number of heads, being the first four-door of its type with a larger tailgate and five seats. To make it a little more special, this one also came with an optional all-wheel drive. Adding to the charm of it all, MINI will now unveil the Countryman Park Lane edition at the Geneva International Motor Show. Unlike the conventional Countryman, the Park Lane edition has a one-of-a-kind color scheme with an Earl Grey metallic body finish and an Oak Red dash for its roof and exterior mirror caps. The car also comes with matching Oak Red stripes on its hood and its side, giving the Countryman Park Lane a very distinct look. 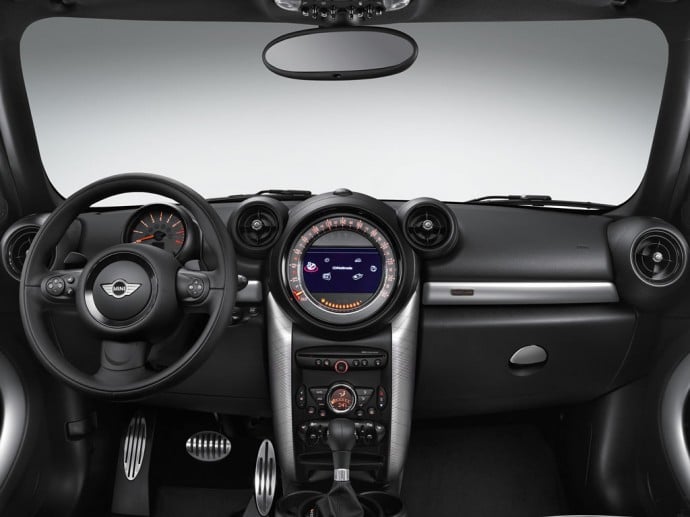 Sporting 18-inch light alloy wheels in Turbo Fan Dark Grey design as well as the MINI ALL4 Exterior visual package with silver body elements, this MINI also comes with exclusive emblems on its scuttles. The cockpit is adorned with a “Park Lane” insignia and the interior is swathed in Oxide Silver, Carbon Black and Cross Stripe Grey colors. The Countryman Park Lane is named after one of the most distinguished addresses in the British capital, located in Mayfair, London. While driving in a MINI is already an attention-grabbing activity, jumping behind the wheel of one of these is sure to turn the limelight on you!